When I first saw photos of Antelope Canyon a few years ago I was thunderstruck. Was there really such a place? It looked surreal, magical, heavenly. As it turns out “Antelope Canyon is the most visited and most photographed canyon in the American Southwest. It is located on Navajo land near Page, Arizona.” (Wikipedia)

And as usual I never considered that I may go there some day but after a series of fortunate events (the main one being that we bought a place in Arizona to get away from our harsh long winters) there I was. Living a dream.

The following photo is my bucket list shot and I didn’t even see it until I got home and uploaded everything to my computer. I caught a sunlight shaft! It wasn’t even on my radar because we weren’t at the canyon at the right time.

Granted, it is not THE sunbeam in the second room that occurs when the sun is directly overhead between the months of March and September. But I will take it. Some people go there specifically to catch that one shot and leave horribly disappointed if it doesn’t happen. Not me. I was in awe from the moment we got there. I really did not have any expectations. The light is low and the tour we were on did not allow for tripods. Yes I admit it. I set my camera on auto and took almost 500 shots, hoping to get something, anything. 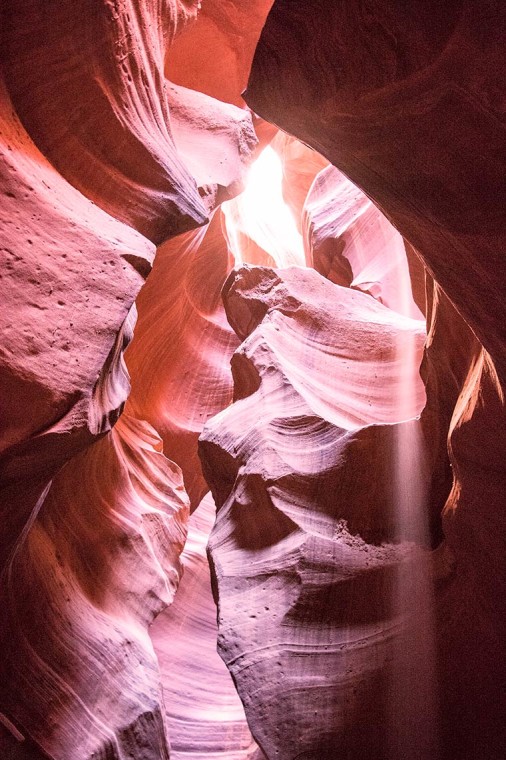 I’ve taken a long time to post this because I haven’t quite figured out how to process Antelope Canyon photos and I wanted them to be perfect … but if I leave it any longer, I won’t get around to just telling my story.

Our guide pointed out the bear. Can you see it? 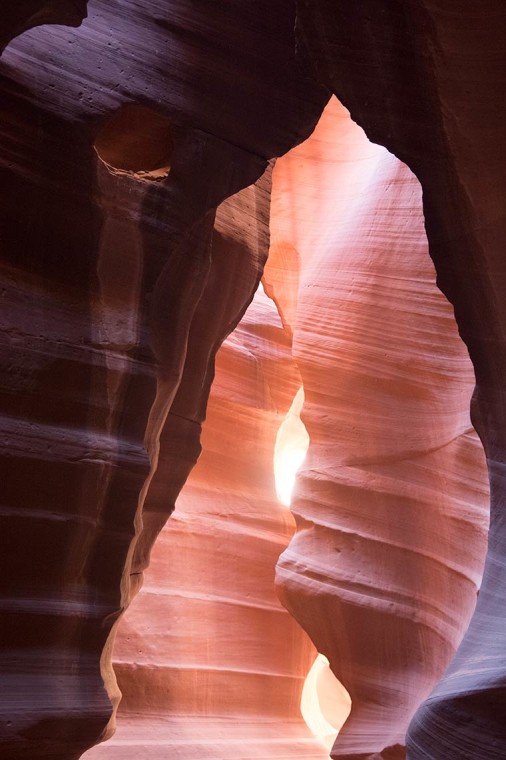 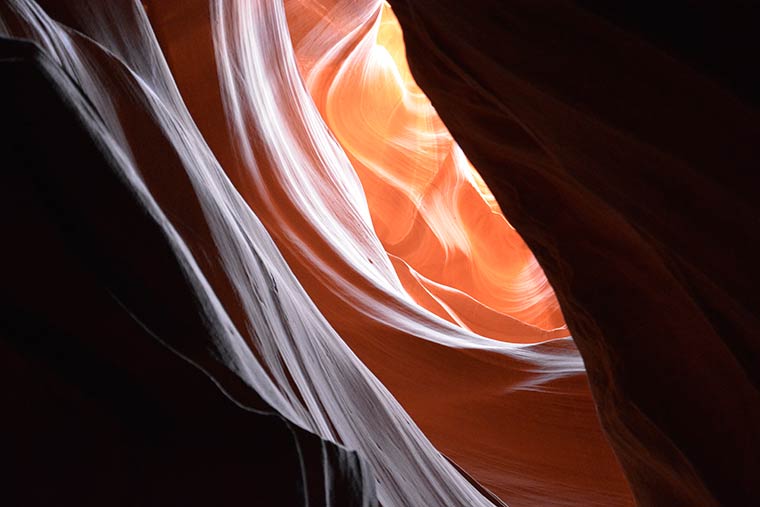 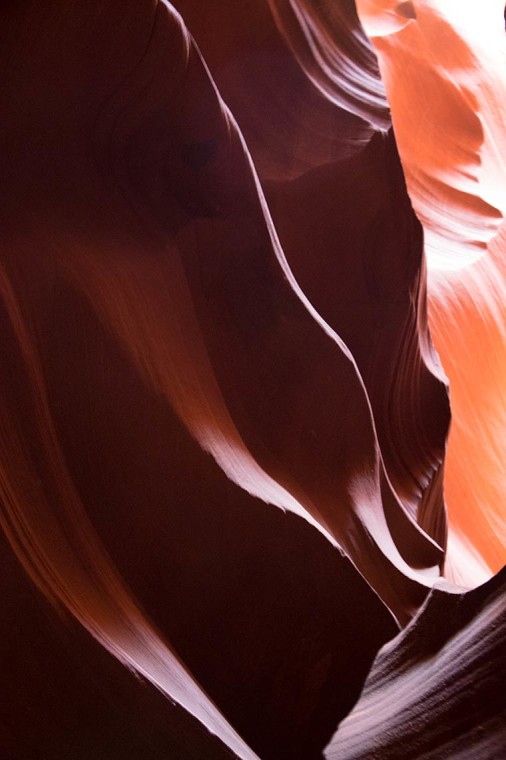 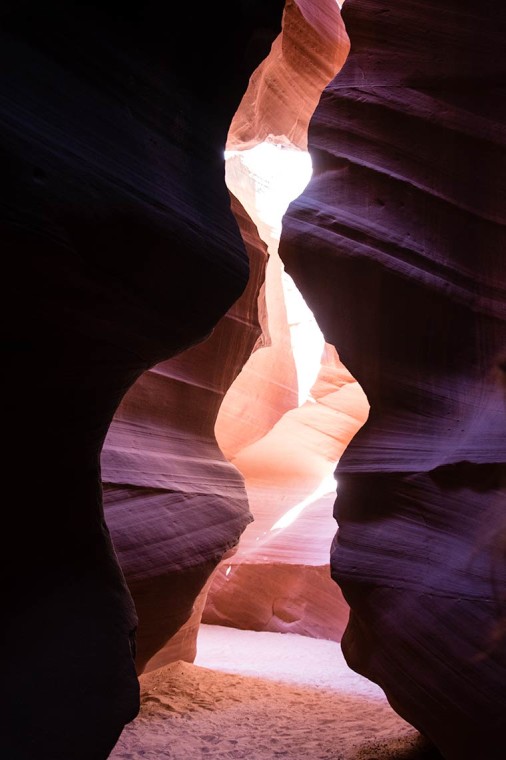 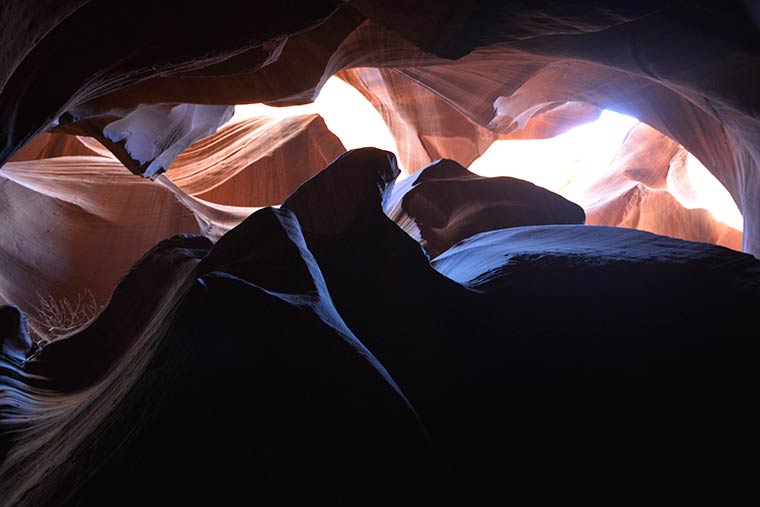 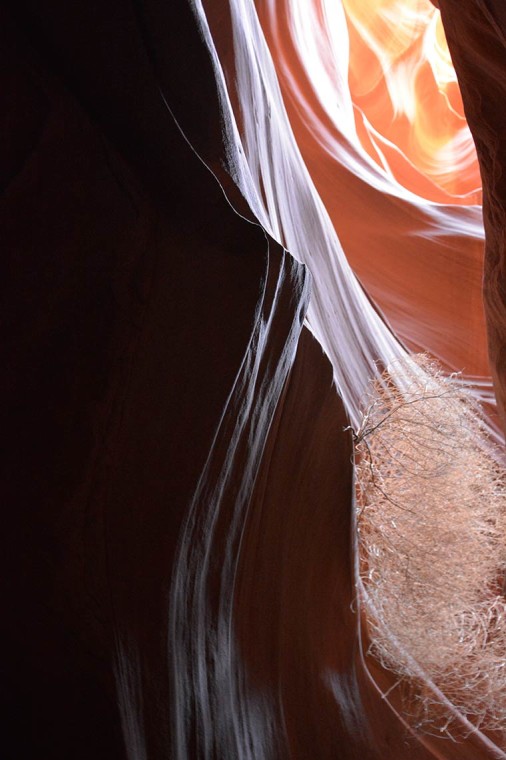 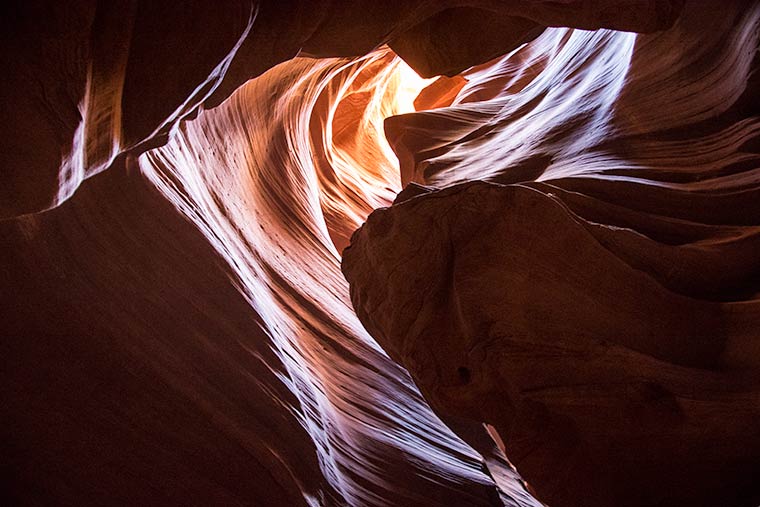 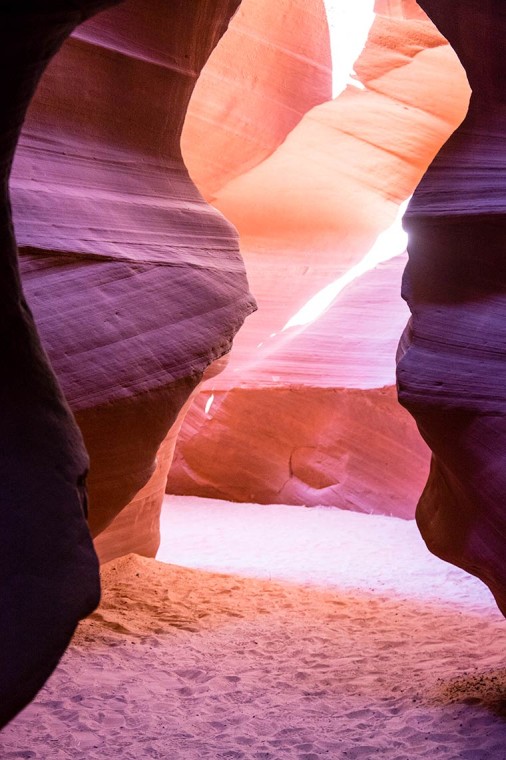 I must say it reminds me of those pictures of baby ultrasounds … a womb … no metaphors here, just an observation. 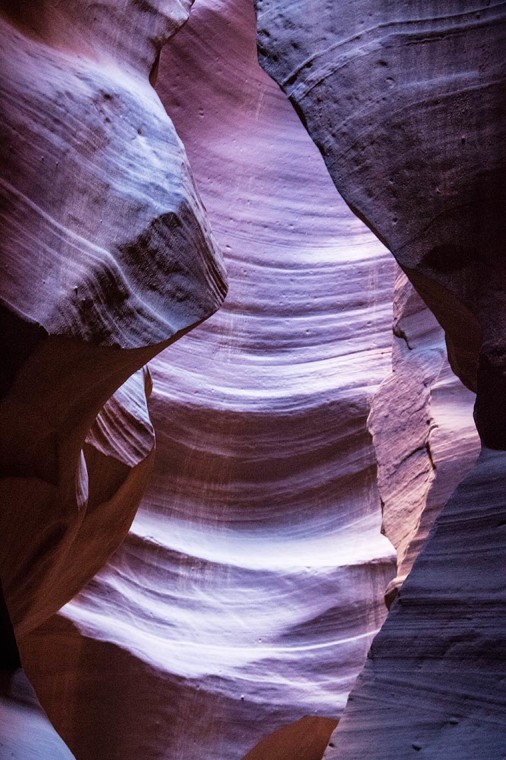 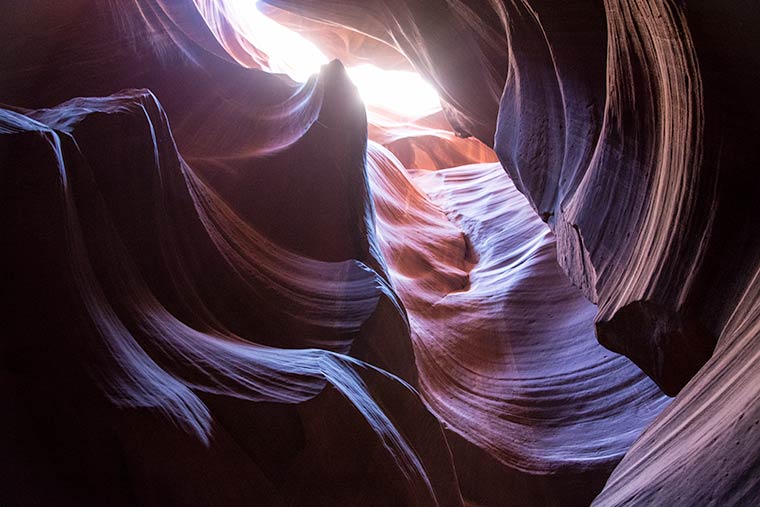 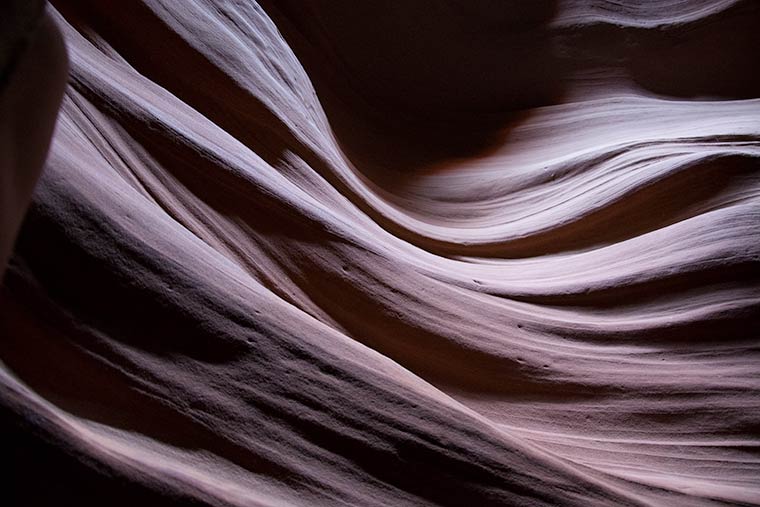 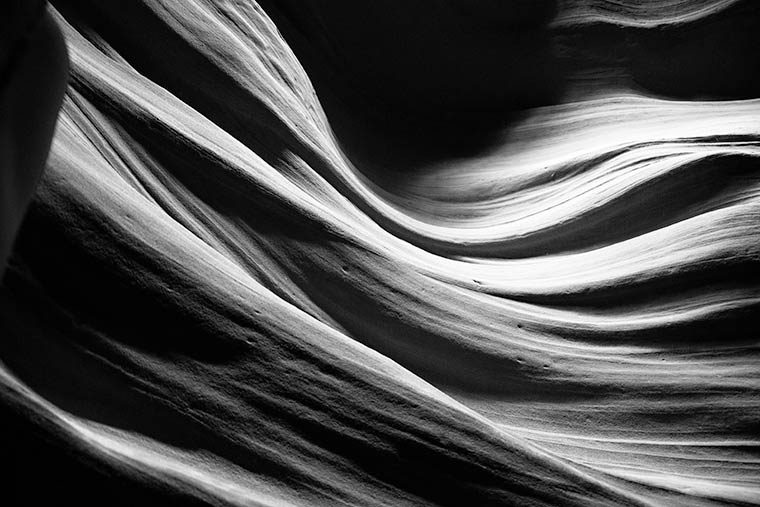 These are not people I know – I just wanted to demonstrate what it really looks like in there! There are many, many tourists and you usually have to shoot straight up to get an image with no one in it. 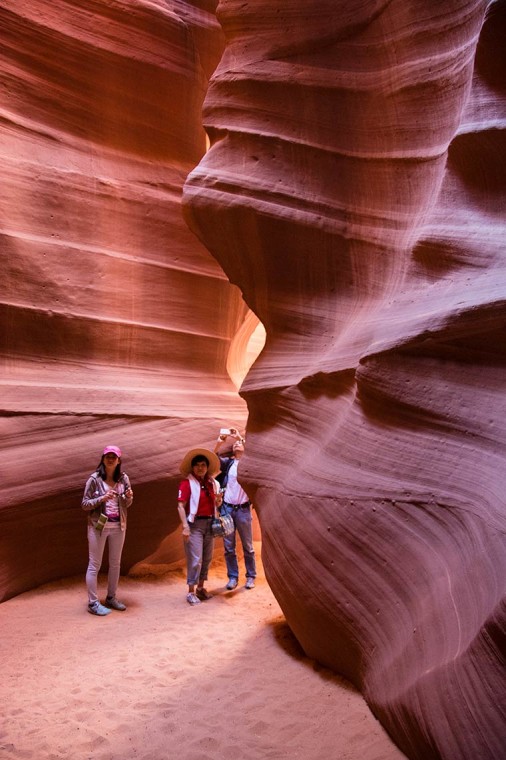 After about a 20 minute ride bouncing along a dry, sandy, riverbed we arrived (along with hundreds of others). 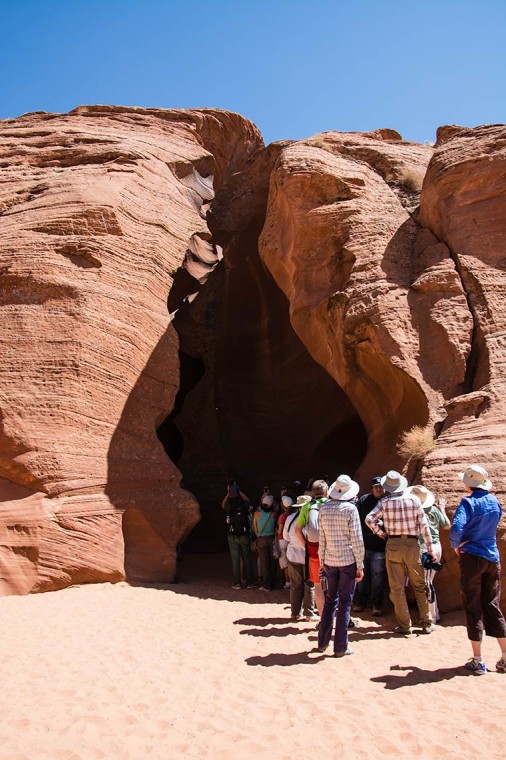 You cannot visit the canyon on your own, you have to sign up for a tour. We went with Antelope Canyon Tours and they were fantastic! We thought it might be frustrating and chaotic, but no, these people were all business “chop” “chop” which is the only way to handle the hoards.

I stumbled across this great article at Gary Hart Photography and he describes the experience far better than I ever could in a hundred years. It’s a must-read if you are planning to go (I wish I had). Thank you, Gary Hart if you are reading this …