My Nikon D750 shutter woes are over (I think) and I have my baby back.

So now I have a bit of advice for you.

But before I start my rant, here’s a pretty photo of my succy babies … sigh … just breathe … #firstworldproblems 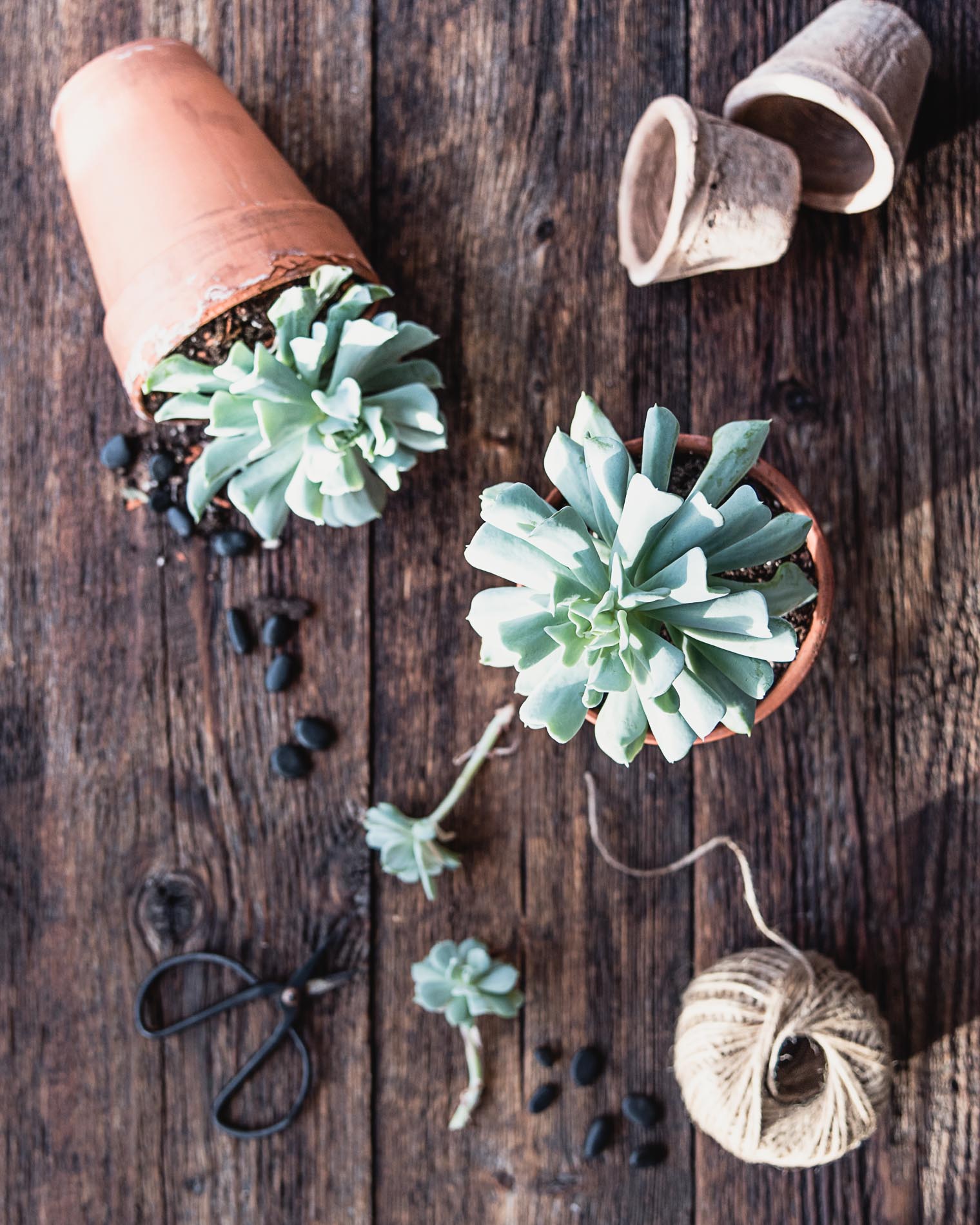 In late December (December 27th to be exact) I had to send my Nikon D750 for repairs since the shutter was sticking, and it was a known issue! I’m not sure I would have purchased this camera if I’d had any idea;

According to several forum posts we found reporting this issue (from as far back as December of 2014 till March 31st of 2016), affected cameras will lock up when taking a photo (often after the first shutter actuation of the day) and display an “err” message. In some cases, all that’s required to move past this is a second shutter click; in others, removing the battery, SD card, lens, or any combination of the three may help; for some, even that didn’t work, and the camera had to sit for 24 hours before it would work again. PetaPixel

I’d done my research before purchasing it. I’d watched a few reviews (which I thought were reputable) and there was no mention of this problem. So when Nikon began offering this camera as a kit which included the Nikkor 24-120mm 1:4 lens for a very reasonable price, I bought into it.

When it started freezing up, I was not impressed. I was a very unhappy camper. Yes, I was able to get it working again after a second click of the shutter, but how long was that going to work? So off to the shop it had to go :(

To be fair, Nikon repaired it within two weeks and returned it to the store where I’d bought it.

But for two more weeks my camera sat in this store (a store in which I’ve spent thousands of dollars) and no-one called me!  After four weeks of patiently waiting, I finally contacted the store (which shall remain unnamed since I just don’t feel like spreading vitriol to you my dear reader) as I was getting concerned:

ME: hello, this is Barb, I’m calling about my camera (etc. etc.)
THEY: oh, it’s here.
ME: Say wha?
THEY: ya, it says someone called you.
ME: NO. There is no record of that on my call display and if someone called, why did they not leave a message?
THEY: oh … ummm … I don’t know.
ME: my husband will be in to pick it up … click.

OK #therantisover … I’m sure you can understand my frustration and I thank you ever so much if you’re still listening so I could get it off my chest.

And here is my bit of advice:

Recently I was contacted by Liam of Canvas Pop and asked if I would be willing to write a review of one of their products. All I needed to do was find a favourite image, send it to them, and they would deliver a beautiful canvas print right to my door!

Of course I said yes, and I knew exactly what I wanted to get printed.

A year or so ago, I visited the Barrio Viejo in Tucson with the Arizona ladies. Since then, I’d been meaning to get a few of my photos turned into art and displayed on the walls in our condo. But I hadn’t done anything … until now. What an amazing turn of events! I decided to use my image of a green door, which I edited with a few filters to enhance and enrich colours.

It’s now hanging above one of my favourite old wood tables—and isn’t it cool how the green in the door is echoed in the green on the bottom shelf? 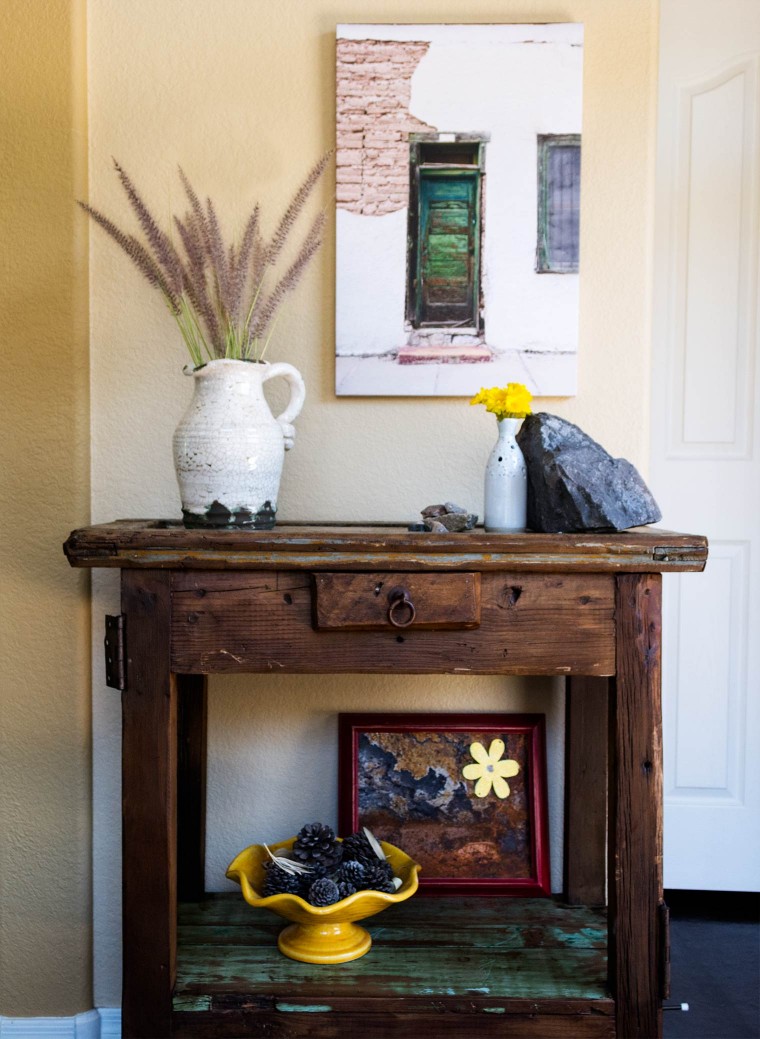 So … just a few details about my experience with CanvasPop.

Once I sent a full resolution file of my image, I was emailed a proof showing how it was going to look when finished.

I chose to have a mirror image of the edges of my photo wrap around the sides of the canvas (rather than a solid colour) so none of the image was lost from the front. I think it’s quite brilliant! 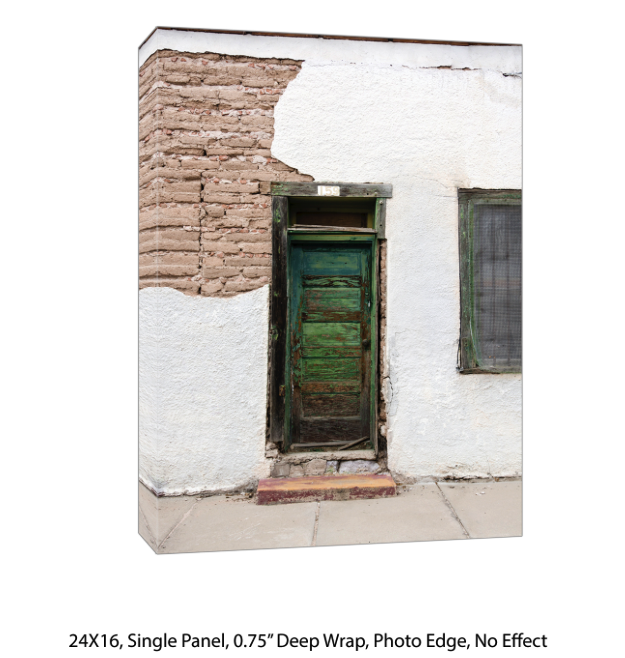 As you can tell, I’m pretty pleased with this company and will definitely use their services in the future. The quality of the canvas is excellent, the colours are true, and it arrived ready to hang on the wall (wall hook included!)

If you’re contemplating having a canvas print made from one of your photos, I have a code for $30.00 off Custom Canvas Prints. Simply leave a comment saying you’d like to have it, and I’ll put your name in a draw. Winner will be chosen on Friday, April 17th.

I also have a discount code (KWTT35) for all readers, for 35% off an entire order shipping within Canada and the USA. It is scheduled to expire April 30, 2015.

We’re obsessed with great design, amazing photography and stunning digital art which is why we take such pains to ensure our product is the highest quality possible. Whether you’re a professional photographer or just trying to print a photo of your kids, we guarantee the best quality and service anywhere.

A few weeks ago, the people at The Snugg  contacted me and asked if I would be interested in trying out one of their iPhone covers, and I could choose which ever one I wanted. Now, how cool is that? Their site is really snappy and easy to use, but what I like best are the videos that accompany each product.

I was immediately intrigued by the new iPhone Leather Pouch Case. 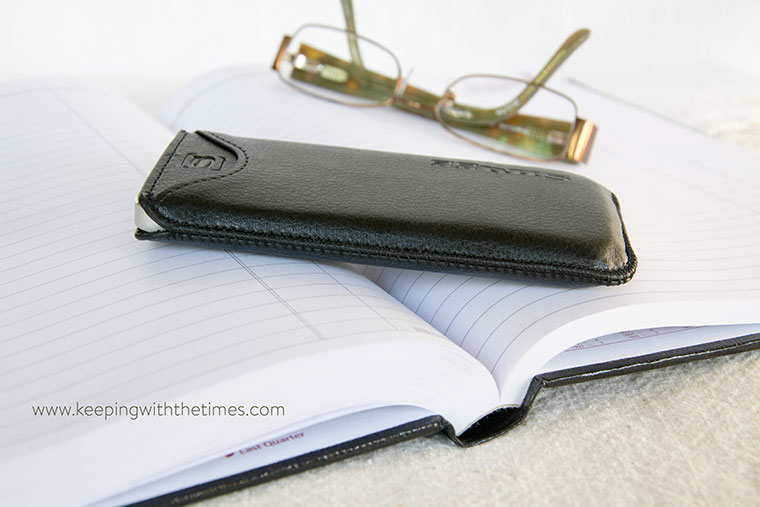 The quality is excellent, and it holds the iPhone very securely. The handy little elasticated pull strap works beautifully to easily pop it out of the case: 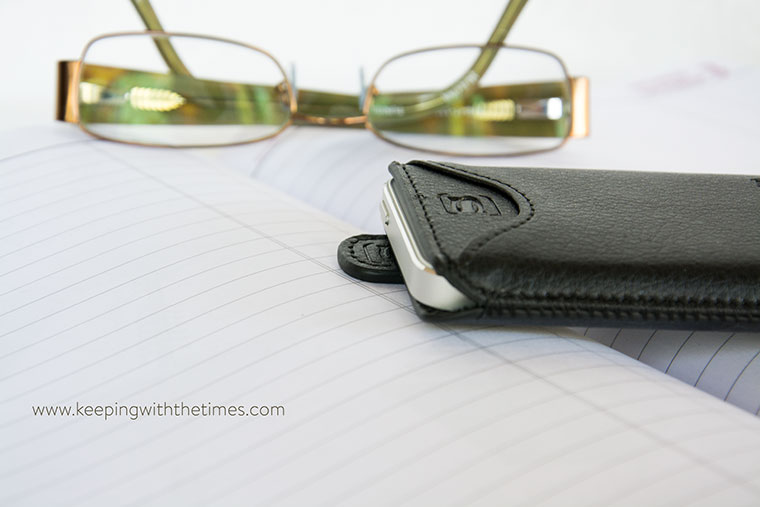 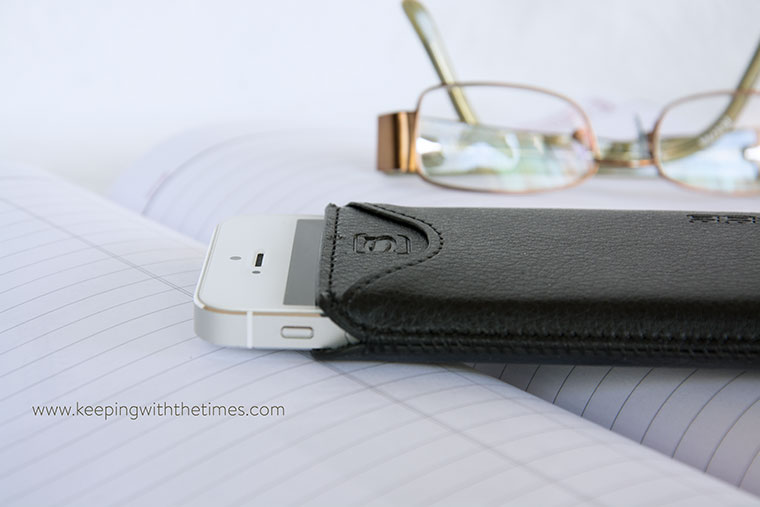 It also has a handy card slot on reverse, which is great for holding a credit card. I’m going to be using this case when I attend a blog conference in Mississauga on October 3rd – 6th, and I think the card slot will also be a very safe place to store my room key. 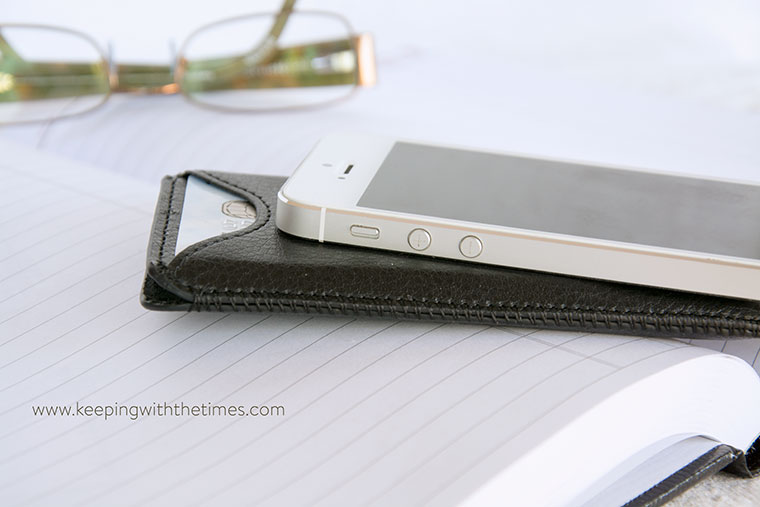 The delivery process was very fast; I received it within a week. But you can also order it online at Amazon, which I think is a fantastic option. I’ve always been impressed with anything I’ve ordered from there.

So, with the conference less than 2 weeks away I’m making sure I’ve got all my stuff organized, and this iPhone cover is just what I needed to help me do that.

I work hard on my blog. I love it, but I work hard.

I spend countless hours working on some aspect of it whether it is a blog post, networking, or the actual design of it.

That’s why I am so thrilled about my two packages of Burt’s Bees products that arrived in the mail this week.

Earlier, I was contacted and asked if I would accept some products to try out and maybe blog about them. Well, umm, yes, I’ll take a little gift! Why not? As I said, I work hard on my blog and I’m going to think of this as a bit of a reward! And the thing is, I already had a love affair going on with their products, so thank you, Burt’s Bees!

When I opened up this little jar of hand cream, I was treated to the sweetest, soft almond smell ever. Mmmmm, the yummiest!

Everything was packaged up in neat little boxes but I quickly opened them so I could sniff and sample my way through it all. Look at this cute little collection of products designed to keep my skin and lips from shriveling up in this dry old Alberta winter. I must say I love that lip balm – it’s smooth and silky and makes my lips feel fab!

Next up was this Lemon Butter Cuticle Cream. I had to stop everything and go give myself a manicure (yes, I do live the life O’Reilly). This cream came just in time for me to have decent looking nails for Christmas. Oh, and the lemony smell…

So, here is my little collection of goodies. I love how each and every one of these products makes my skin feel so soft and silky. I truly do love their products.

Your well-being is affected every single day by the personal care products you use. Our goal is to create and educate people on truly natural products that have a positive effect on both you and the world you live in for the good of your well-being, for the good of the environment and for The Greater Good. Simply put, we strive to make people’s lives better every day — naturally.
Ya gotta love that!
Have a silky soft day!