I adore vintage windows but when it comes to photographing them in vignettes, I end up having window (pains) … pains in the form of reflections.

But yesterday, as I was teetering on a step stool and cursing the light from the windows behind me, I had an “aha” moment … or was it a “duh ha” moment? No matter, I suddenly thought, why don’t I just throw some cheesecloth over it? I adore cheesecloth, and I especially adore the rag-tag torn look it gets after I’ve fussed with it for an hour or so, pulling it this way and that, getting it caught in the pokey succulents and stretching it across the sharp edge of the frame. But in the end, it was mission accomplished: no more reflections!

Oh, and that window … oh my … this is my Friday Find … swooning here. There were two identical windows at my local junque shop, and I almost walked out with both. Luckily I got hold of my senses and decided one was enough. However, If I’d had anywhere to hang them on a wall together, this story would have ended differently. As it was, only one of them found its way home with me and is now occupying a prime spot on my mantle.

I processed the following two photos in LR with kk_gentle: 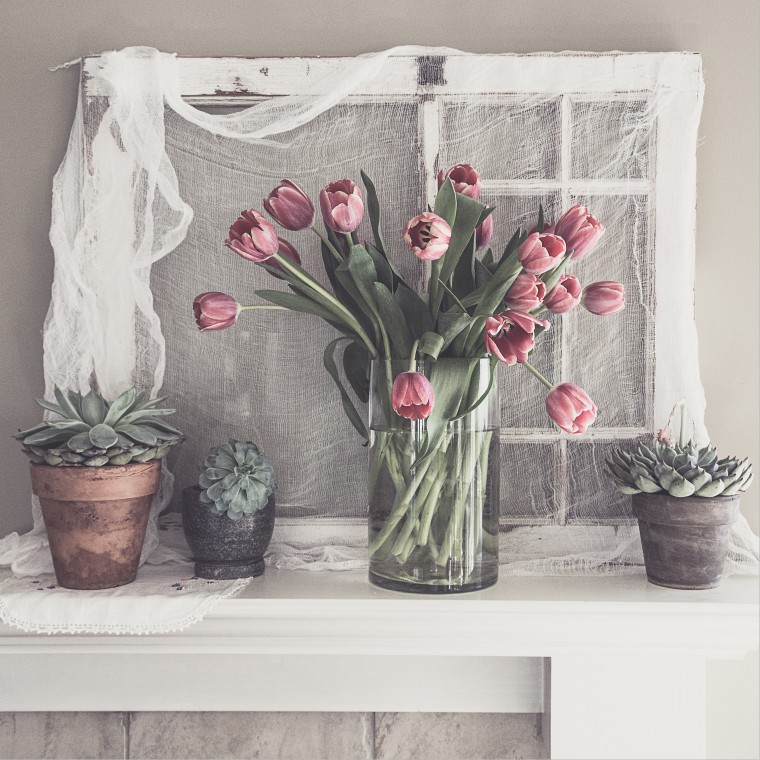 The light coming in the south window in the morning is nothing short of scrumptious! I seem to be finding light everywhere these days; we now have 10 hours and 8 minutes of daylight! Woot! more time to play! 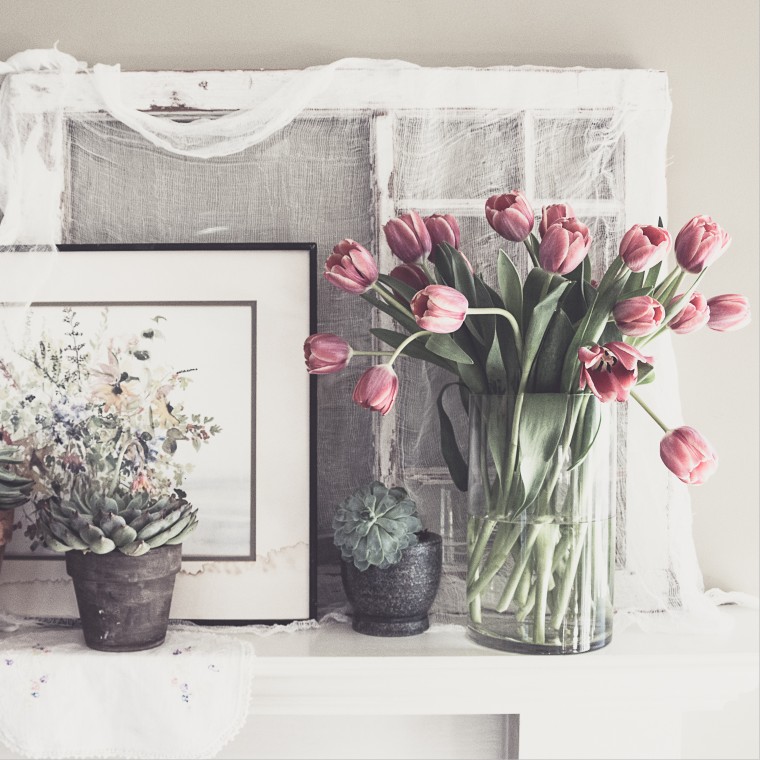 I found the tulips at Costco (very affordable) and I plan to have tulips from now until at least the middle of March. 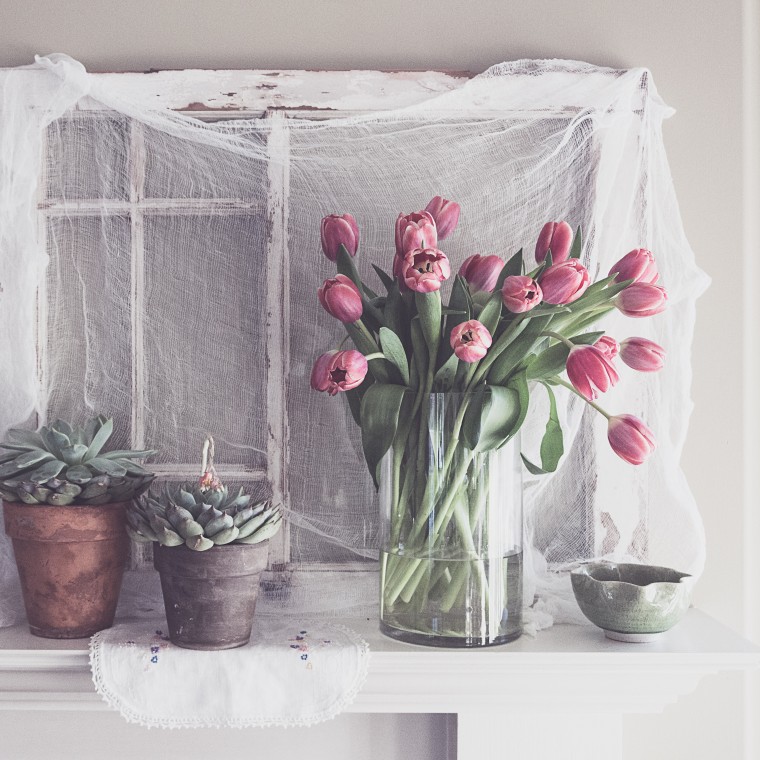