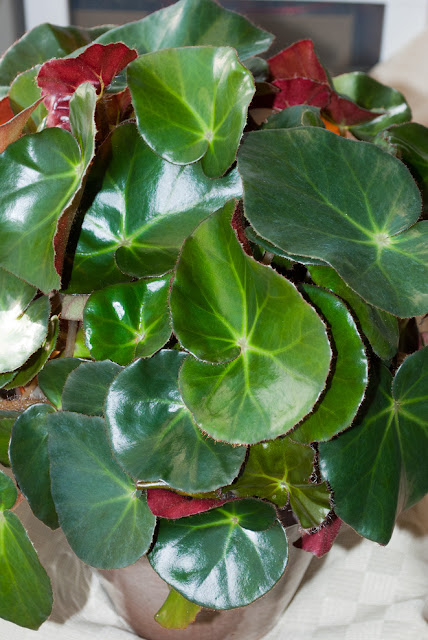 Last December I made a resolution to save this plant and I created a post about it. I want to repeat it here because it’s a long story – but true.

This poor thing is a begonia. I know, this may seem like a weird subject, but hear me out. This plant (well, its ancestor) has been in our family for at least 50 years. It was a plant that my grandmother grew and she gave a slip to my mother who gave me a slip, probably when I was in my 20’s (about 30 years ago). It seems to me a miracle that it is still here. I would have lost the whole thing 8 years ago (mine died) except a plant that I had given to one of my daughters was still living and she very graciously (happily?) gave it back to me. It has now sat for 8 years in this pot. Actually, it looks amazingly well, I think. All it gets is an occasional soaking of water and is then forgotten for weeks. I pull off the dead leaves and apologize to it while doing so and remind myself of how amazing it is that a plant would be in a family for so long. I took a look at it tonight and decided that I was going to start to treat it better and give it the respect it deserves. I promised it that I will have it transplanted into a new pot with new soil and a bit of fertilizer before December 31st, 2010. I will then post an “after” photo in celebration and will continue to give updates on its welfare. Daughters – prepare yourselves to be handed the torch.