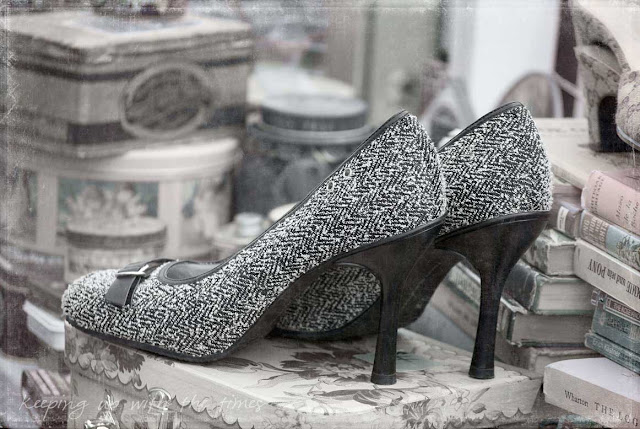 “I did not have three thousand pairs of shoes, I had one thousand and sixty.”
Imelda Marcos

I photographed these shoes at this garage sale early in the spring. For some reason I was really drawn to them. Who wore them? Where did they wear them? I liked the way they were just sitting there among the books and old tins – just like they were in an attic.

For Texture Tuesday where the theme today is ‘Two”
I used one layer of “not too shabby” on saturation, two layers of “scratched magic’ on screen, and two layers of ‘sweettart’ on soft light. All by Kim Klassen