Today the theme for TT is “From Above”. This has to be one of my favourite types of photography. Kim first introduced it in one of her classes (I can’t remember which one), but I fell in love with it immediately. It tells a story like no other type of photo can, and she sent me in a whole new direction, full of ideas and possibilities.

For this image I used one pot of the succulents I’ve been wintering, along with some pebbles, garden shears, and a photo that I took last spring (of the potting bench). You see, there is a story here … but this is not the potting bench, it’s simply a small bench I keep indoors for a prop. 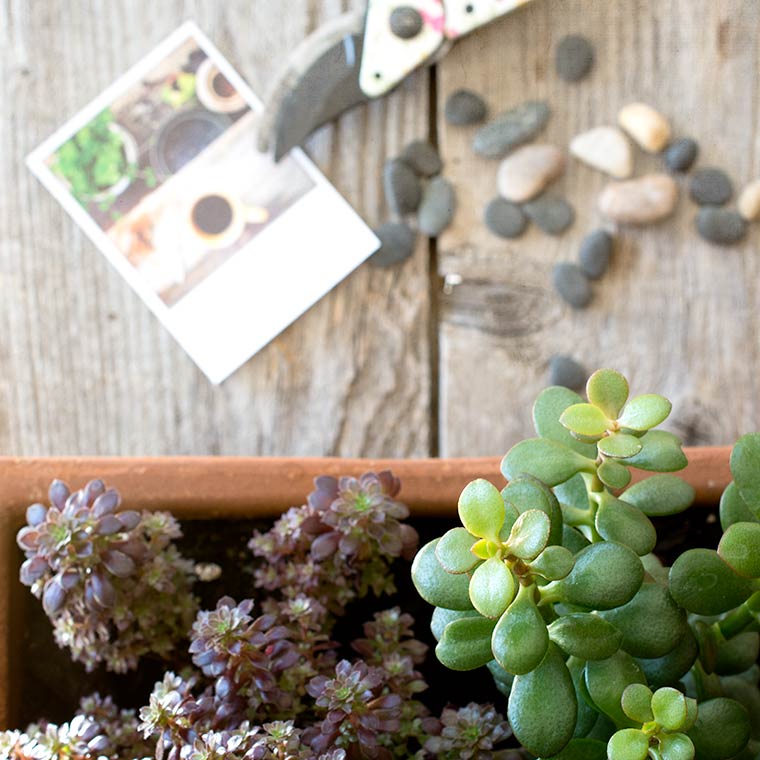 So many possibilities … I have a hashtag on Instragram called #fromthepottingbench where most of the photos are from above. I even wrote a tutorial for Digital Scrapper called “Art From Above” where I explain how to set up a photo, and then draw inspiration from it to create a layout.

Thank you so much for stopping by, and have a Happy Tuesday!