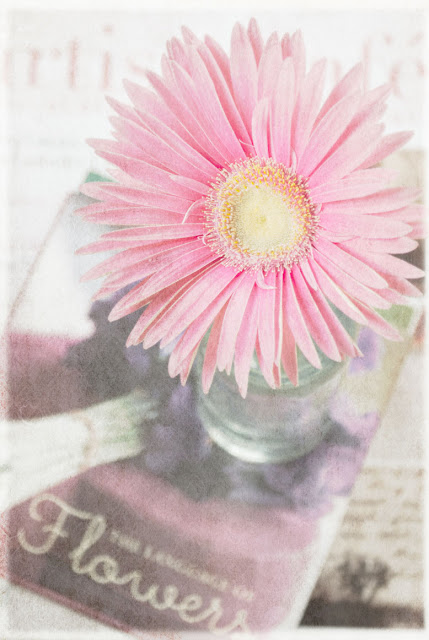 It’s been a while since I participated in Texture Tuesday but when I went to bed last night I decided to lay there and go over some magazines for inspiration before I went to sleep.

I’ve heard that an idea will come to you in the morning if you try this. And, well, actually, it worked! On two levels. One was this photo. I had set the gerbera daisy on my night stand just to enjoy but I guess it whispered ‘Texture Tuesday’ to my subconscious mind while I slept.

The other was an idea for a tutorial that I need to get working on. I don’t have trouble writing the tutorial – it’s coming up with the the subject – that is the hard part. I’d say that this little exercise worked for me. It’s not easy to create, create, create. It doesn’t happen at the drop of a hat. I have to work at it, every day, all day. And now it looks like all night . . .