This year when I decorated my Autumn Mantel, I used several sugar pumpkins in my display. I also used them for my Thanksgiving Tablescape  (in Canada, Thanksgiving was October 8th).

When I bought the pumpkins, I thought (but didn’t really believe) that after Thanksgiving, I would cook them up and use them for soup and baking. But will wonders never cease! I have roasted them all, made soup, and frozen the remaining puree for use on a cold winter day. 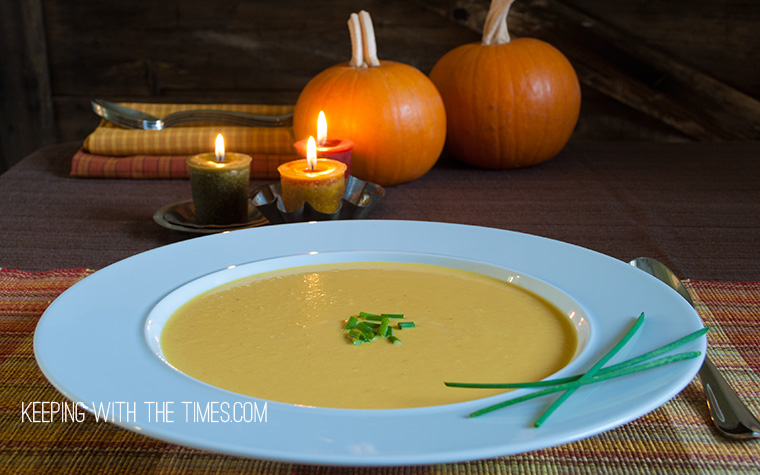 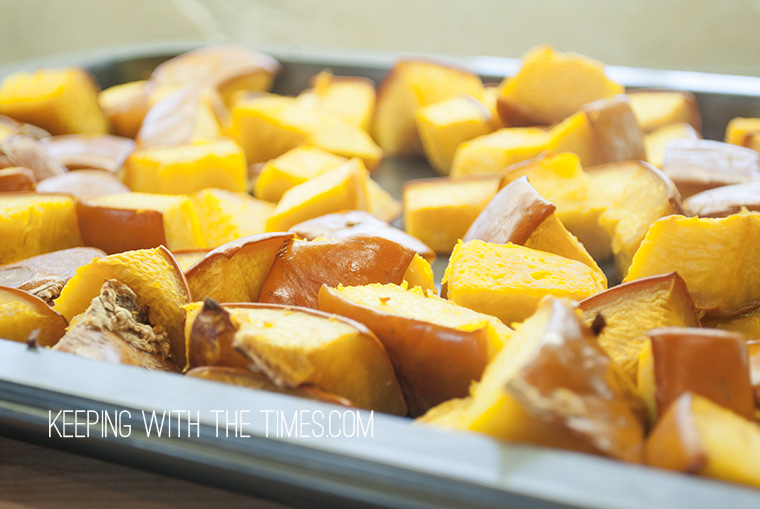 Did you know that sugar pumpkins are the best choice for cooking and baking? They are smaller and denser than a regular field pumpkin that you might carve for Jack-O-Lanterns. Field pumpkins are generally watery and stringy.

I cut them into 1″ cubes, put them on a pan, and roasted them for 45 minutes, stirring several times. Roasting gives them a rich, sweet flavour. Then I peeled the skin off using a small paring knife. I found it too hard to peel them raw – I cut my thumb and my pointy finger before I got the message…

These are real antique candle holders given to me by my mother-in-law. She has given me so many wonderful treasures… Funny, though. I didn’t know what they were until I saw some ‘fake’ ones at our local gift shop. They had set little candles in them and a light bulb went off in my head… I’m slow that way… Anyway, now I appreciate them a thousand times more. 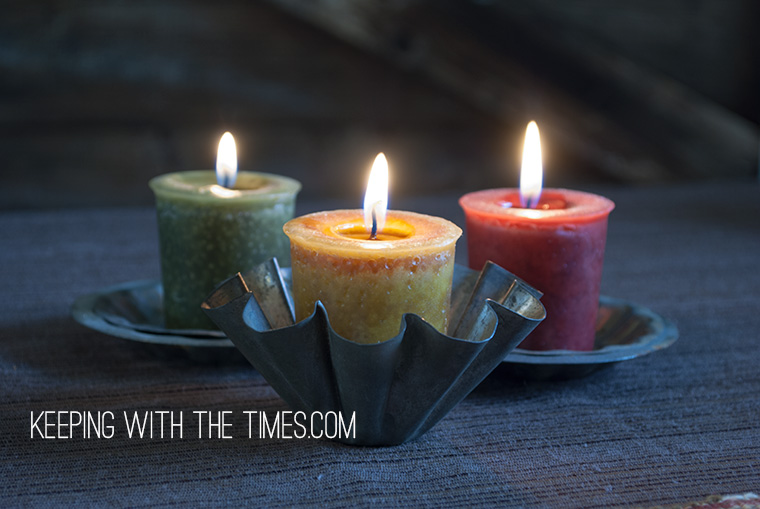