In June I’ll be heading to Brandon, Manitoba to attend the amazing creative retreat Finding Stillness | Summer 2017  with Kim Klassen.

It will centre around creative connection through still life styling, shooting and processing…..a gathering of like minded creatives… learning and growing together
Kim Klassen

This will be Kim’s third creative retreat, and the first one to be held in early summer. Just imagine. Just imagine the peonies … oh.my.oh.my.

Oh, dear. But first, let’s back up a bit … back to Finding Stillness |September 2016 (which I attended) and take a look-see as to what was still blooming in Manitoba at that time.

This little bouquet was one of the most photographed scenes at that retreat. A handful of sweet cosmos and delicate yarrow in a rusty bucket almost caused a stampede ;) 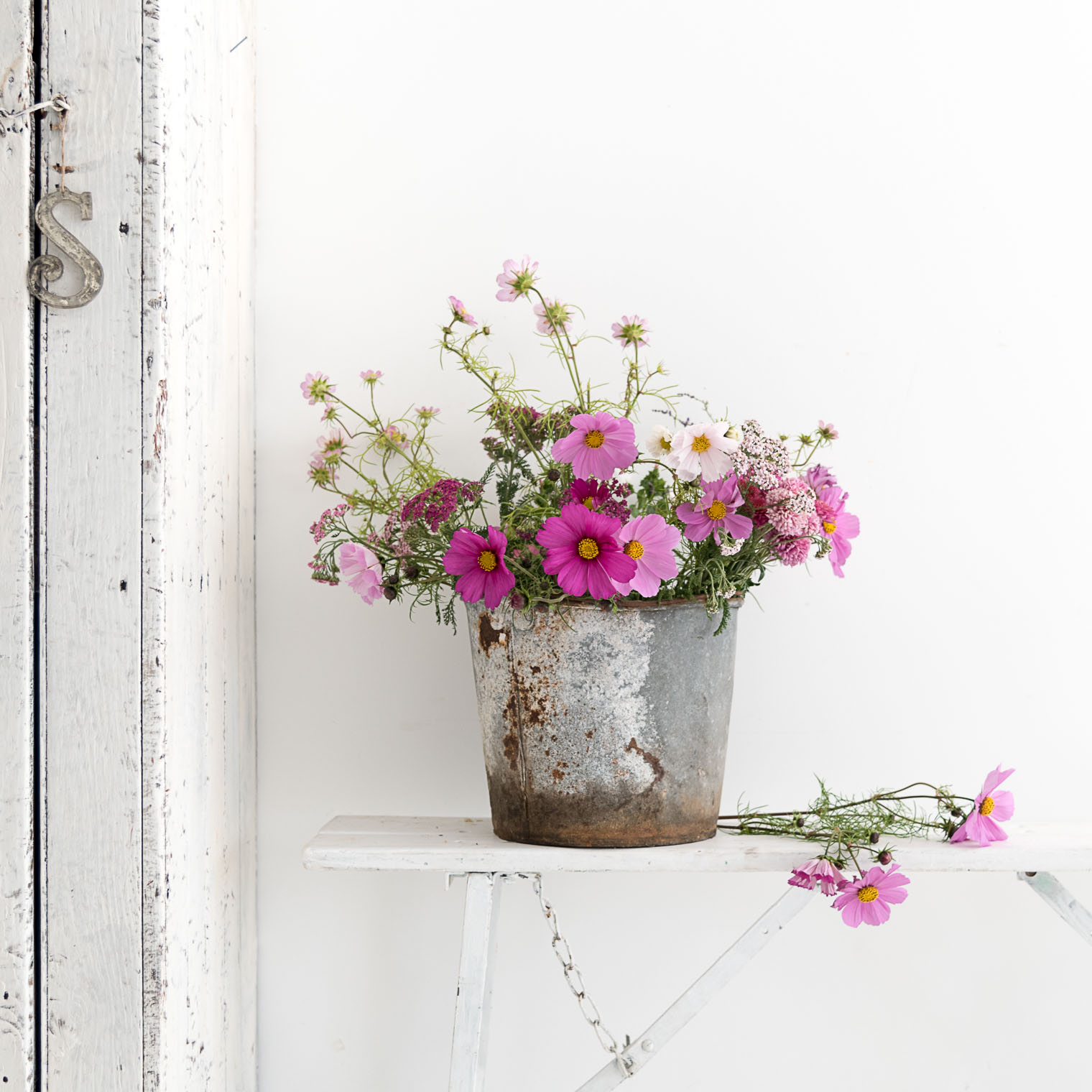 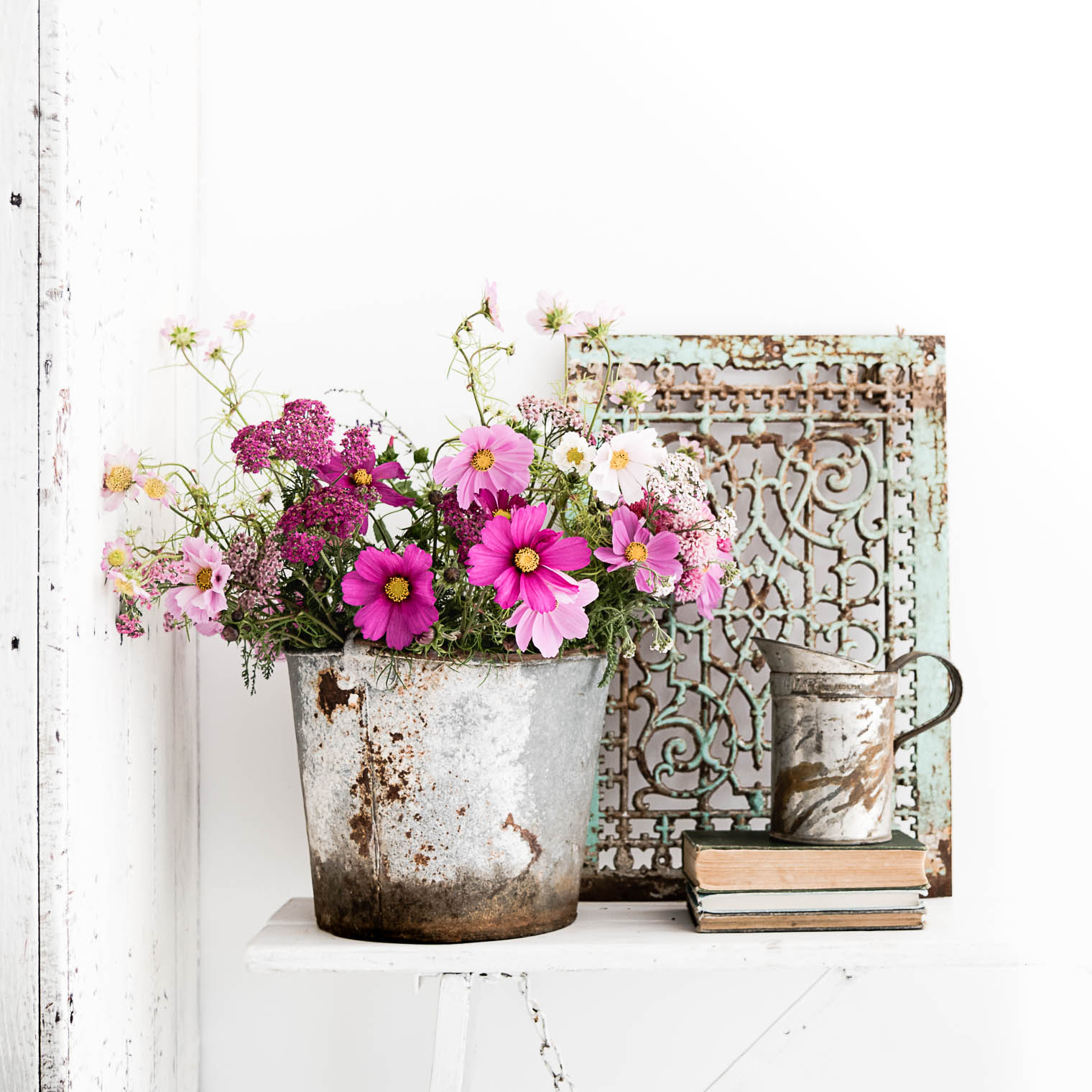 And then there was this absolutely stunning bouquet created by Irma of @prairieblossomboutique brought to us by her sister, the beautiful barista and photographer @simplyrosiephotography … insane … right?

Gah, I can’t even believe I was there … 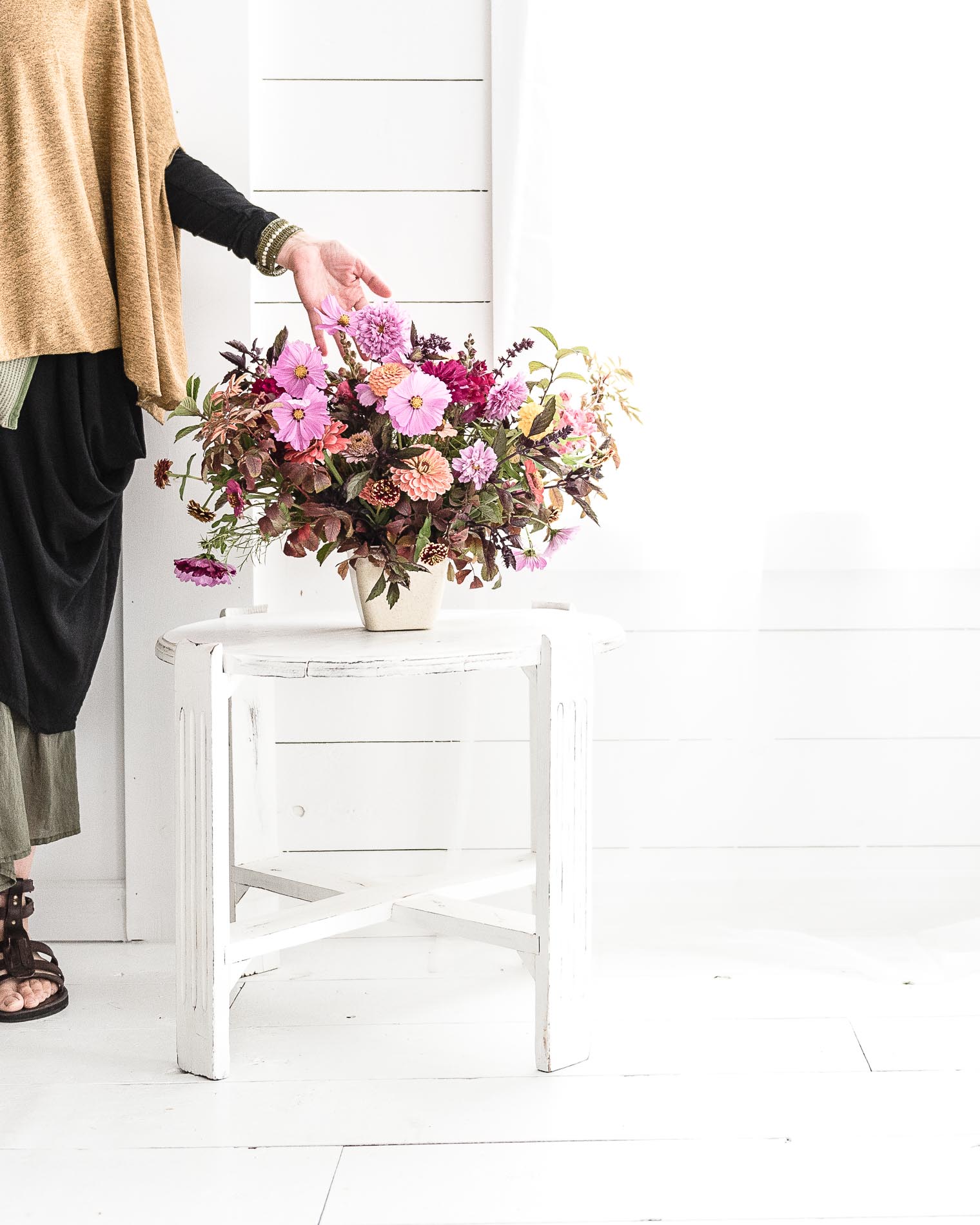 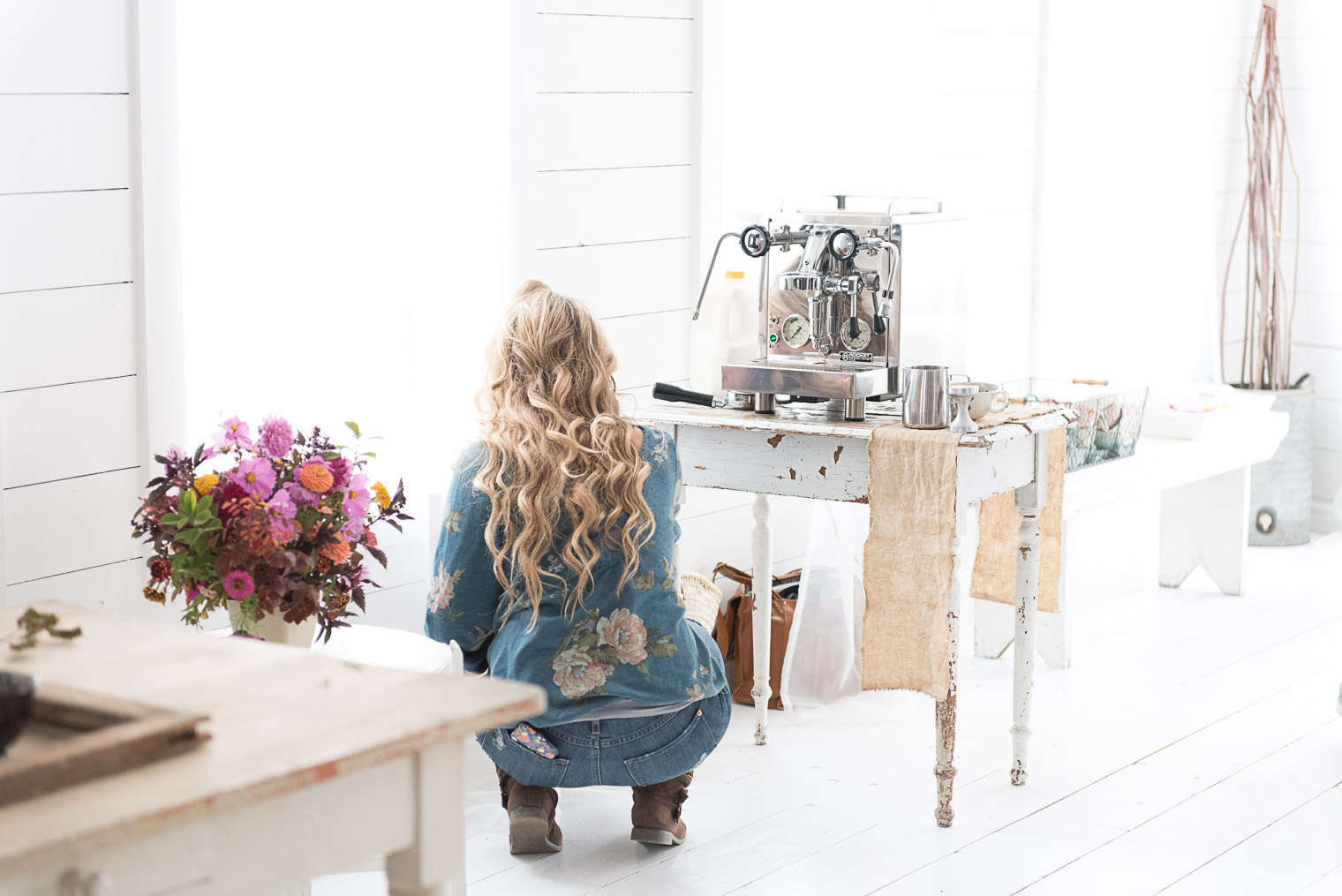 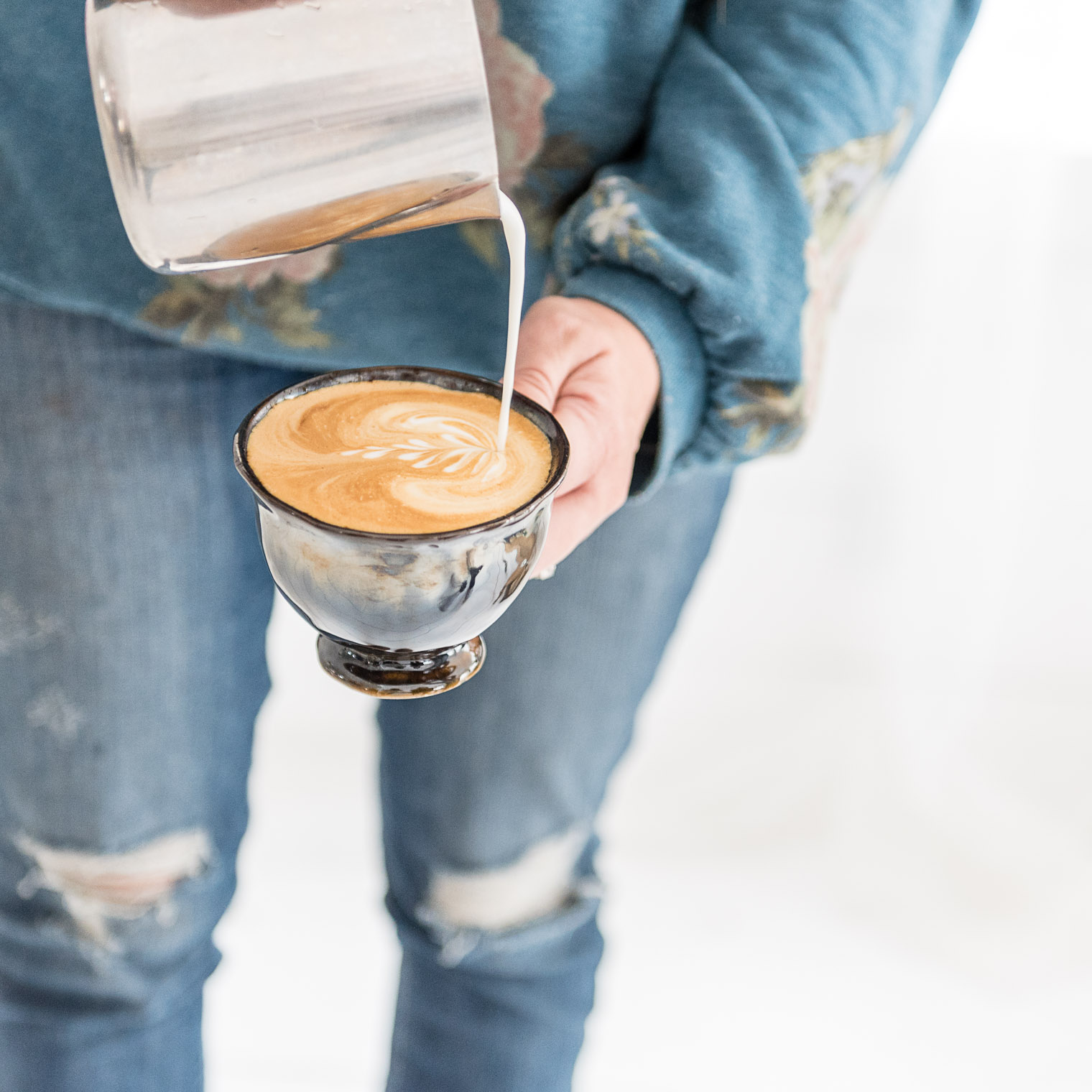 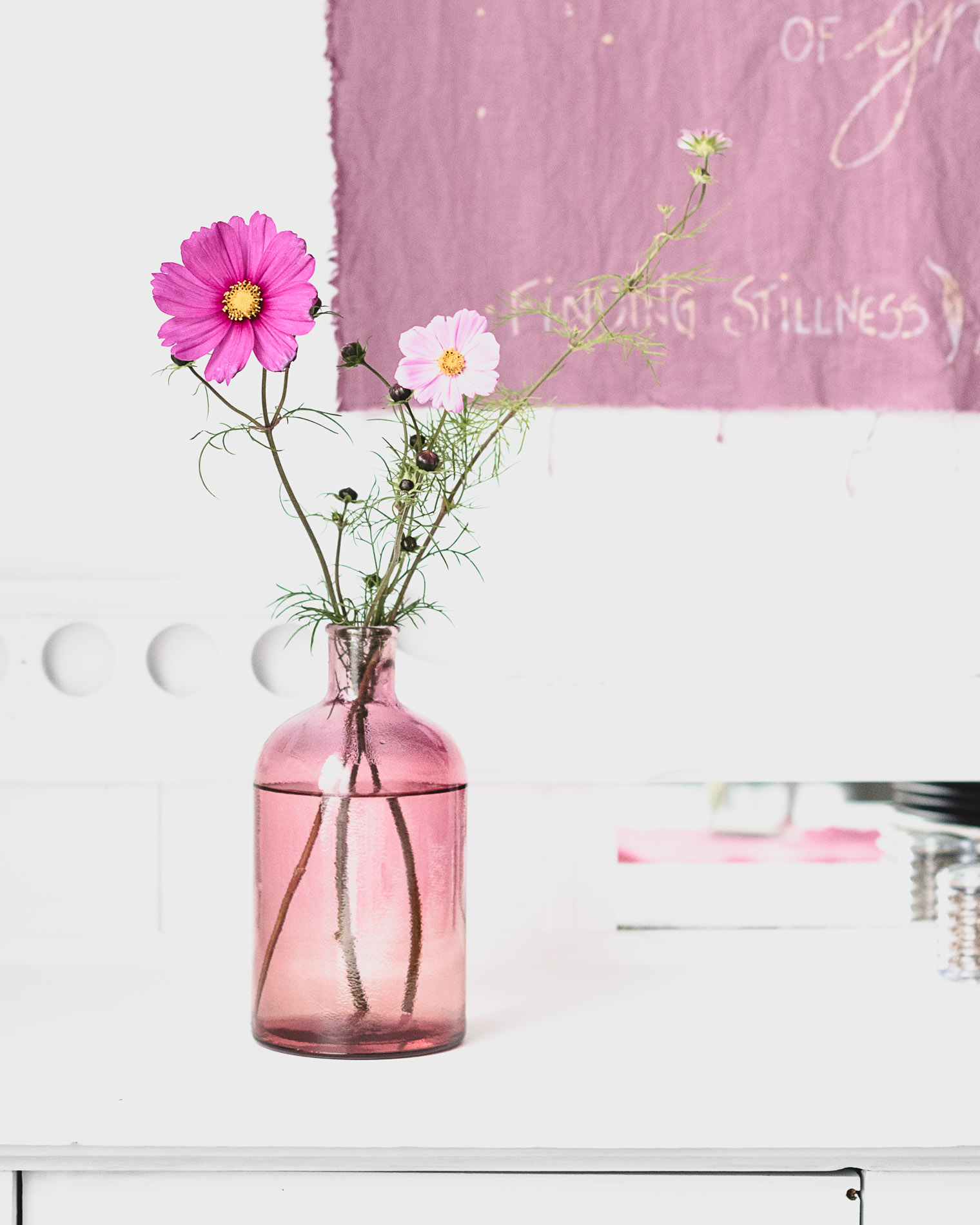 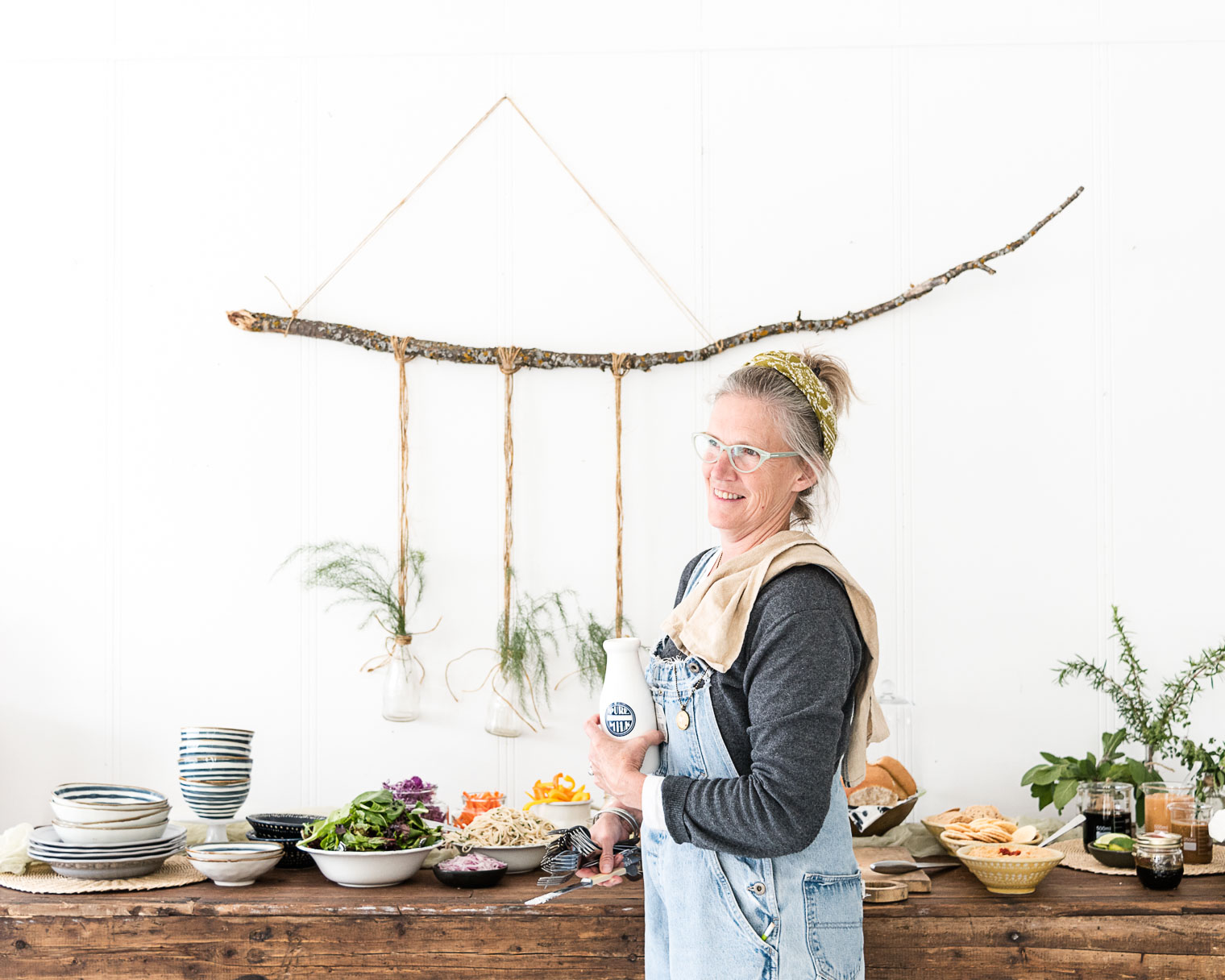 The retreat is not a formal workshop, but Kim is always milling around, ready to answer any and all questions regarding cameras, Lightroom, and living a creative life. I’ll never forget the first tip she gave me regarding camera settings … it probably seemed small to her, but to me it was like a lightbulb exploded in my head (true story!) and I’ve heard many people say the same thing.

As well, all the other attendees are more than willing to share their process (Kim’s vibe attracts her tribe) and it’s a very uplifting and supportive environment.

When I was asked to create a flat-lay and to share my process, I was more than happy to do so. There were no secrets after I was finished, and when I look back at this image I’m kinda blown away by it … the colours, the textures, the design. Yeah … I’m pretty chuffed ;) it’s one of my fav’s … and take a look at Kim’s props (that linen! swoon!) 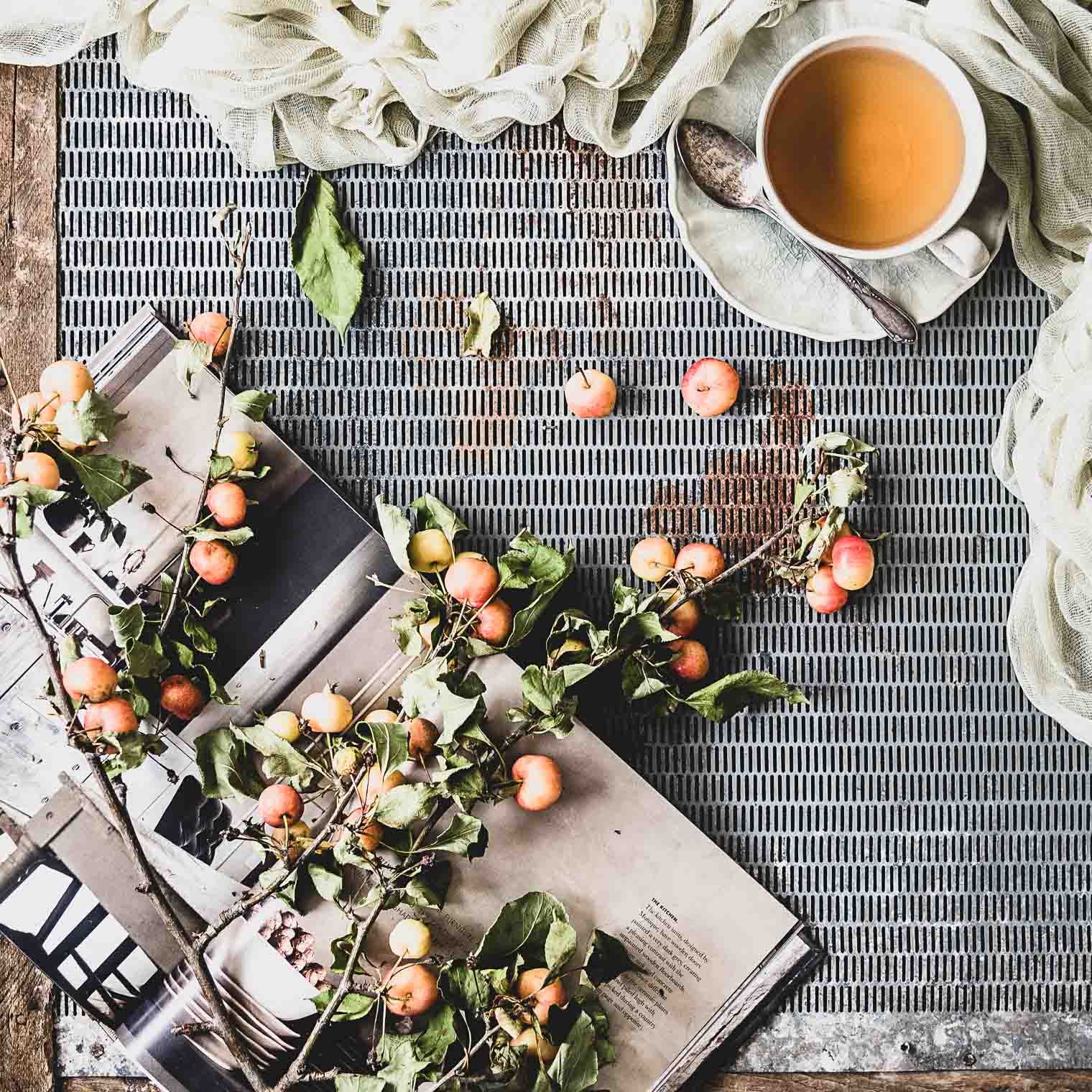 To date, I haven’t shared much on my blog about the 2016 retreat. But from the moment I boarded that plane on my way to Brandon, and then to Rivers, and Kim’s studio, I felt as though I was living a dream. I was filled with excitement, anticipation, and a sense of pride. Never in my wildest imaginings did I think I’d be traveling across Canada to meet and mingle with like-minded creative souls, one of which was my oldest daughter, Jo-Anna from A Pretty Life in the Suburbs (but that’s a whole other post!)

I didn’t get as many people photos as I would have liked, but here’s a talented trio for you … friends forever … 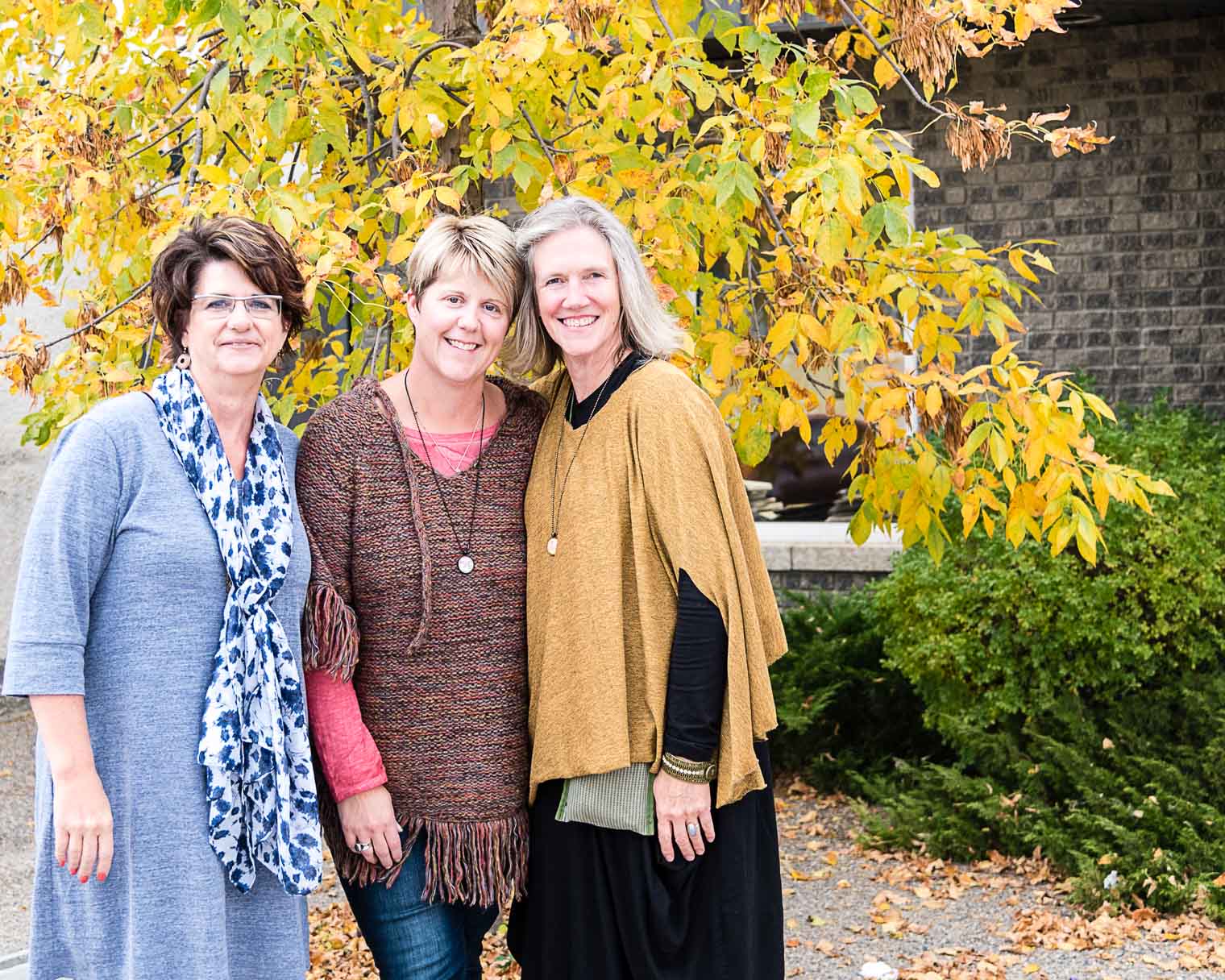 In the end, I’m mostly struck with how the positive energy and empowerment of a retreat continues for not just days, or weeks, but for years! and perhaps even a lifetime. And now, I can hardly believe I’ll be boarding that plane once again!

Oh, and I think there are still some spots available (just sayin’ ;)

I do realize I’m very blessed to have the support and encouragement to keep on following my dream no matter what, so I’m sending much love and hugs to the hubs (my staunchest supporter xoxo).

*You can read my posts on Finding Stillness | Autumn 2015  Part I here, and Part II here. As well as how we were published in Mingle magazine in 2016 (a Stampington publication) here.

Today I’m sharing a few more buildings as seen on my Rivers, Manitoba Walk-About Town, and first up is the loveliest Xanthe Berkeley wishing you all a Merry Christmas!

Xanthe is also participating in the #nablopomo challenge this month. 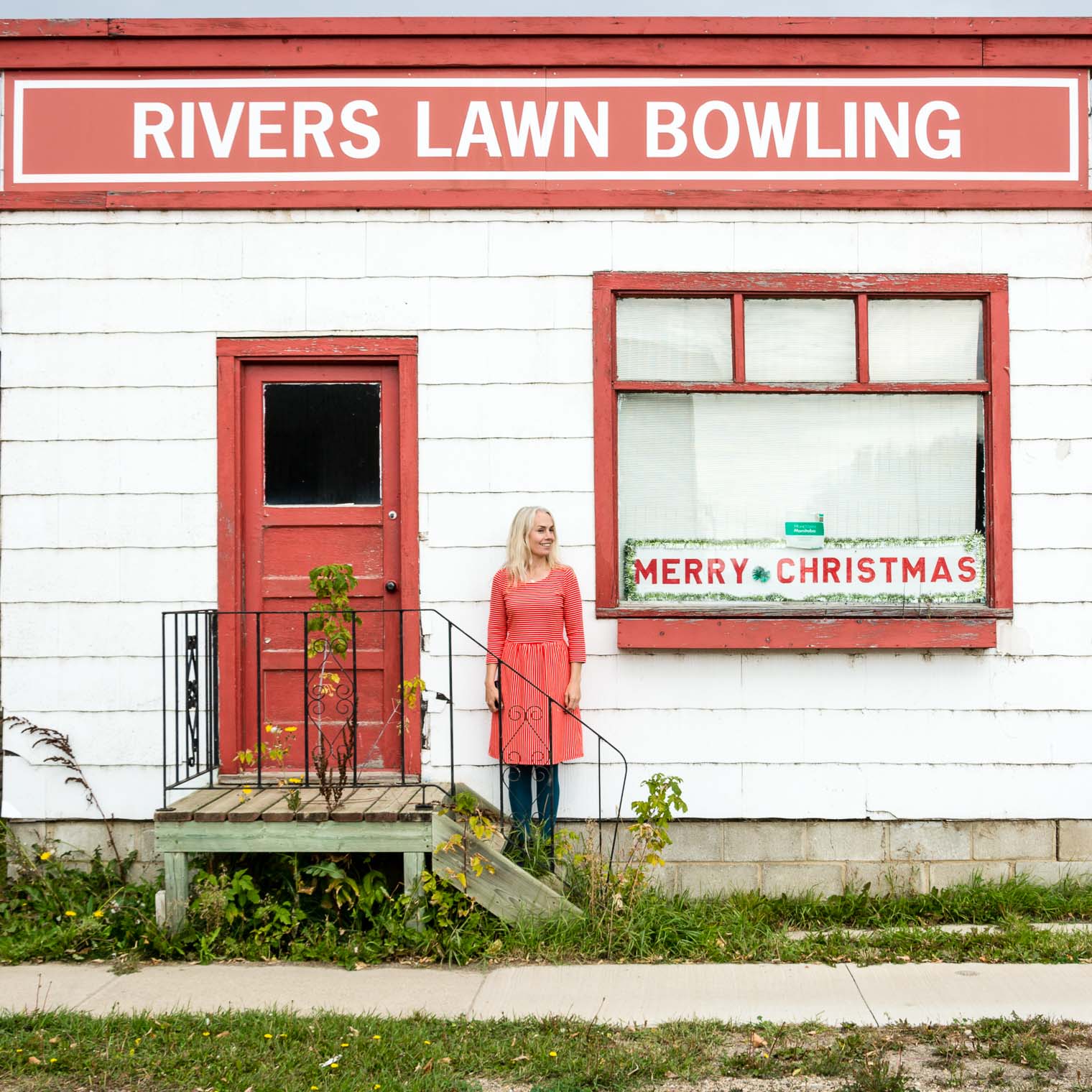 Oh, and I was not intending to be posing in any photos, but because I was wearing this beautiful yellow throw (taken from the sofa in The Studio) I had no choice … 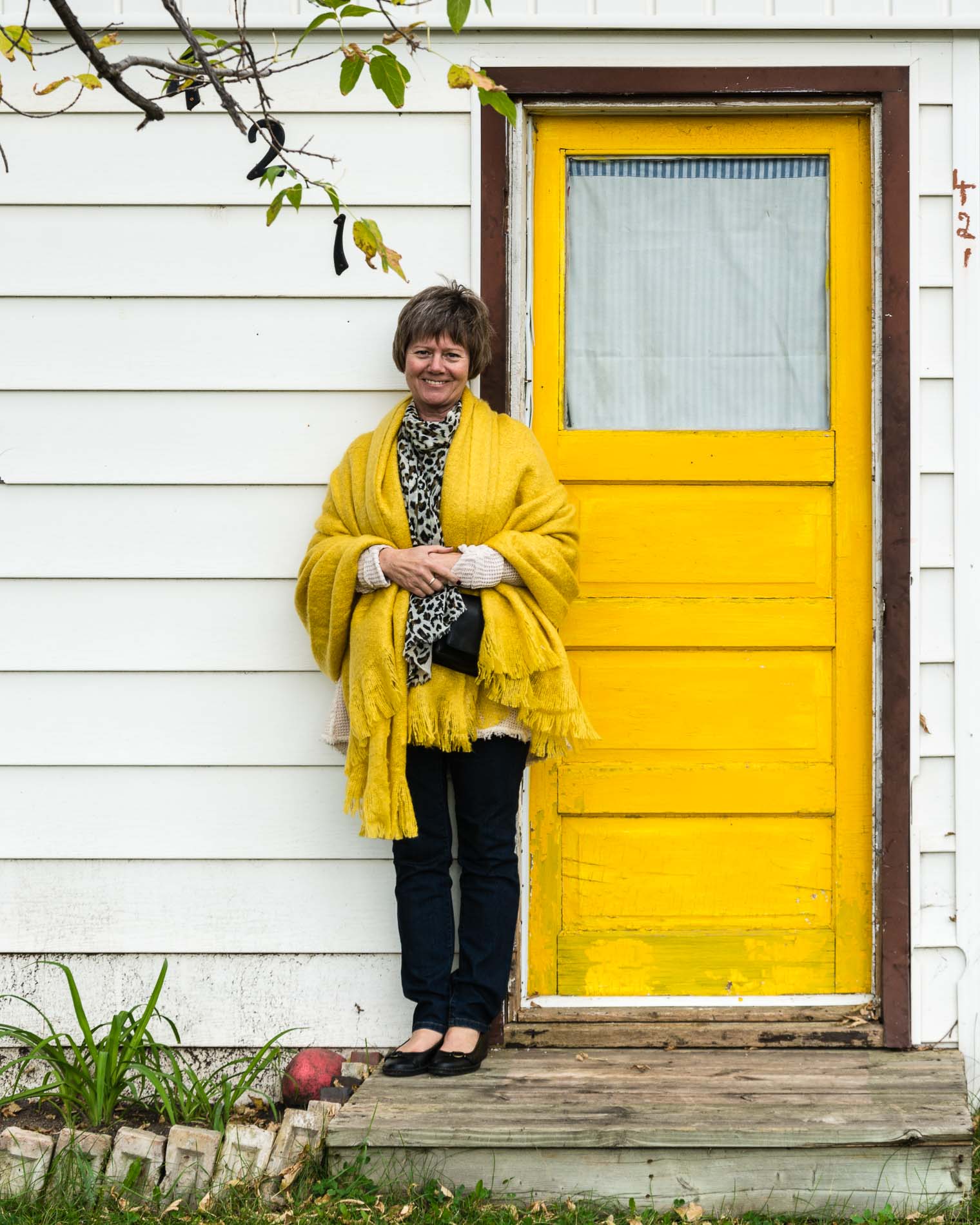 But let’s quickly get back to the lovely Xanthe … she’s so darn sweet! 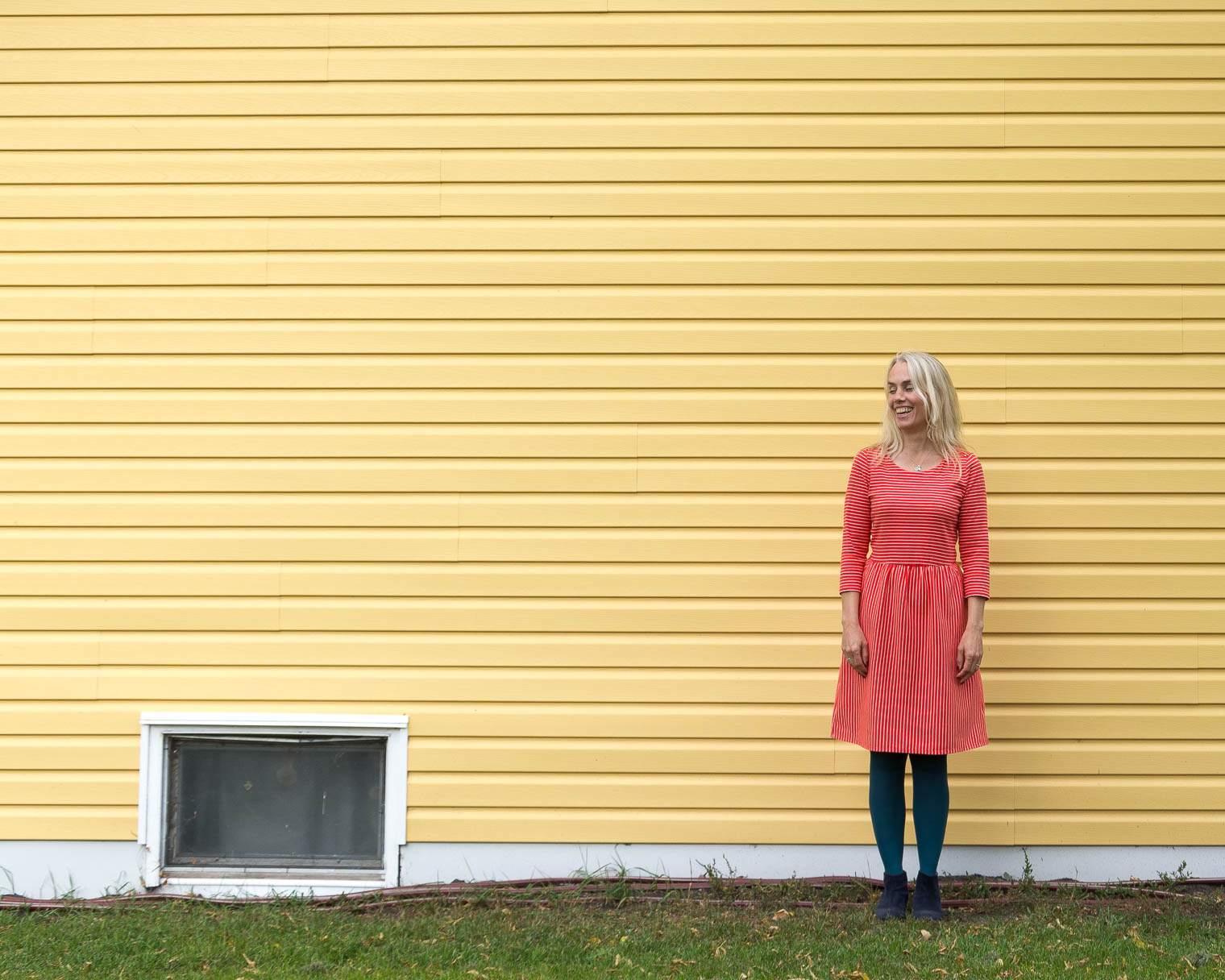 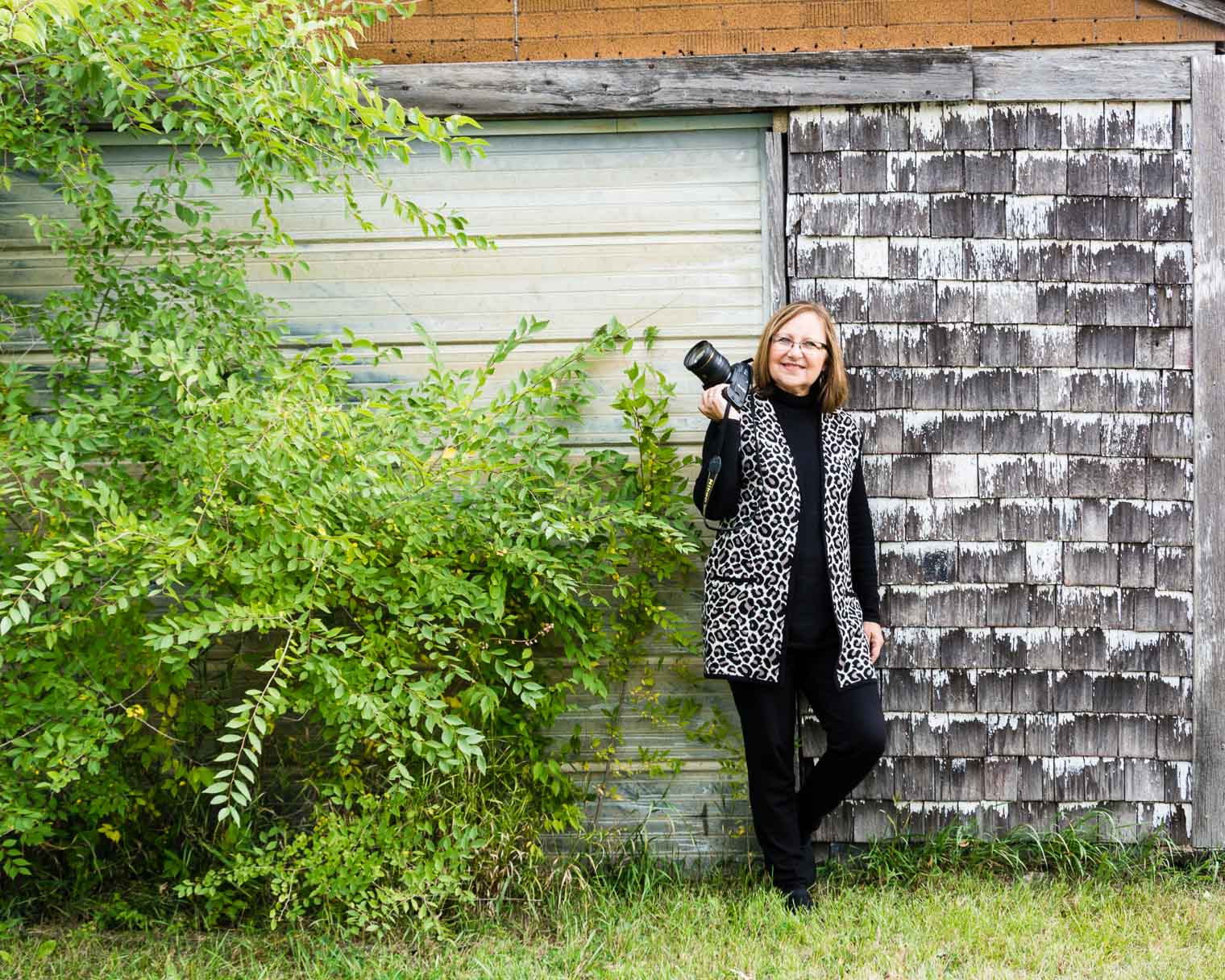 OK, it’s Saturday afternoon and I need to get dinner ready … where oh where does the time go?

One of the many things I enjoyed while attending Finding Stillness|2015 in Rivers, Manitoba were the walks we took …

Not only did we take walks along the many beautiful trails, we also walked around the town itself, and were delighted to find some of the most intriguing buildings you are going to find anywhere!

While I know it’s not a true still life, as I composed this first shot and then later edited it, I found stillness in there; the weathered wood, the window, the door, and the chippy paint … these are all things I love to incorporate into my photography … I just wish I could have brought everything home with me! 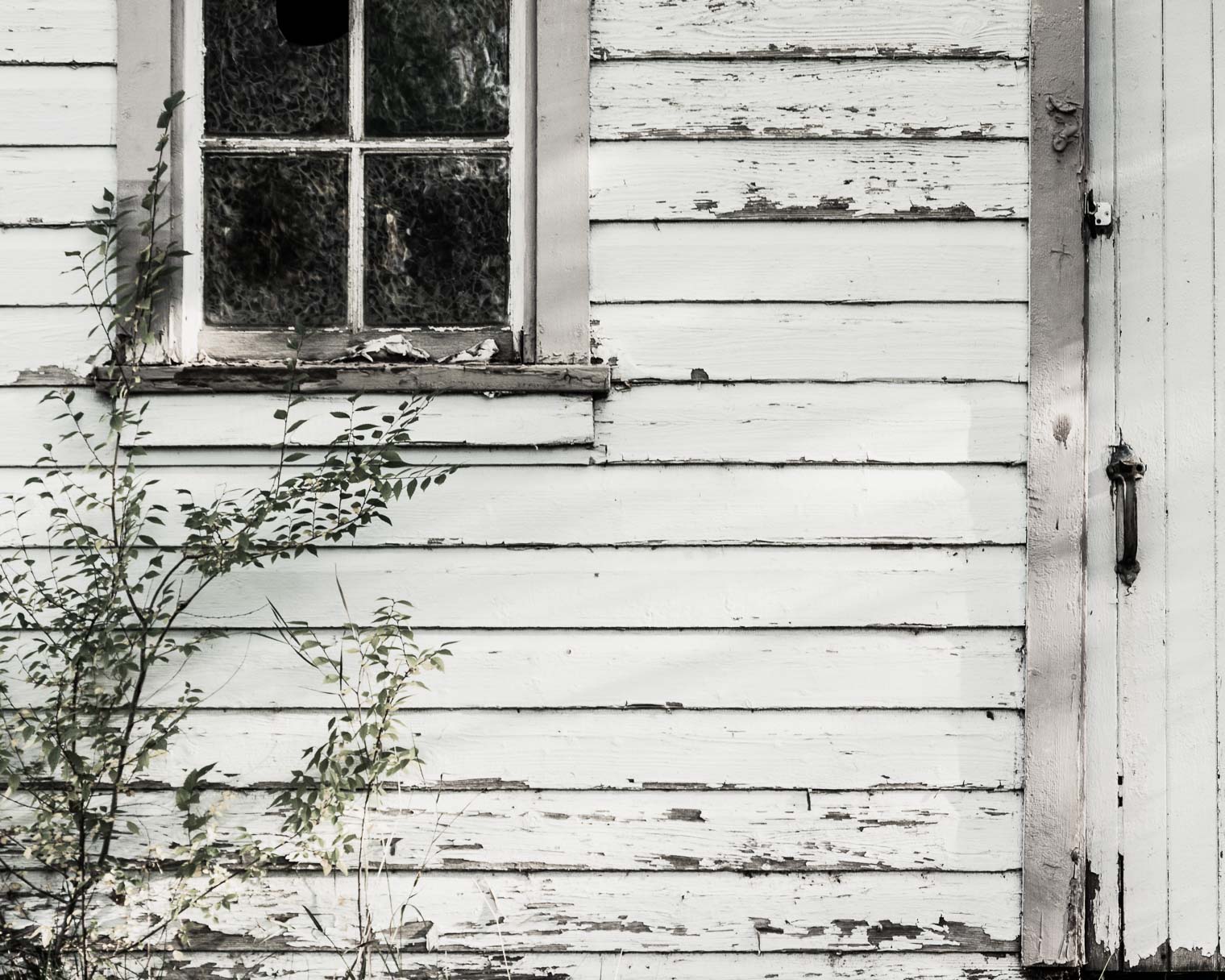 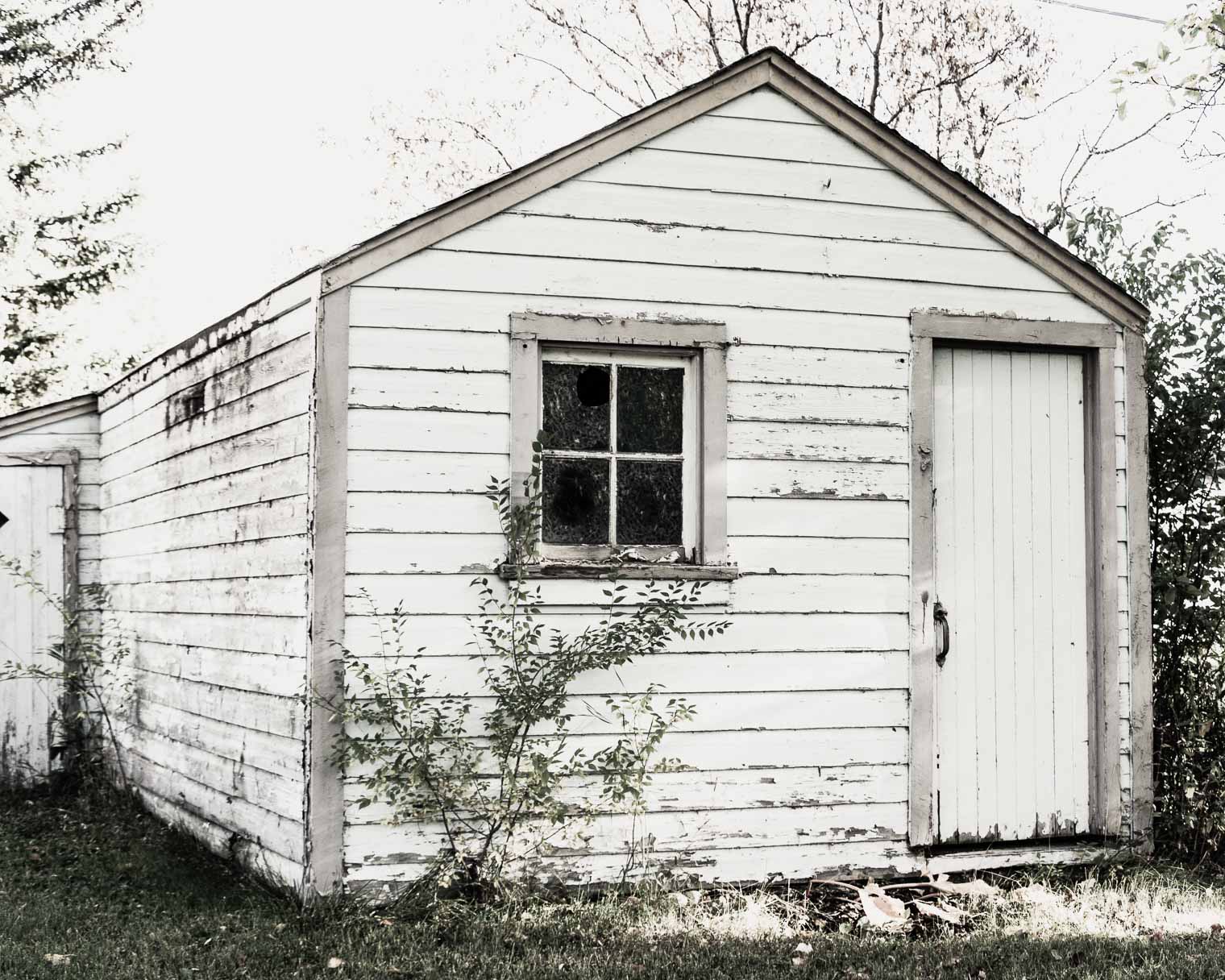 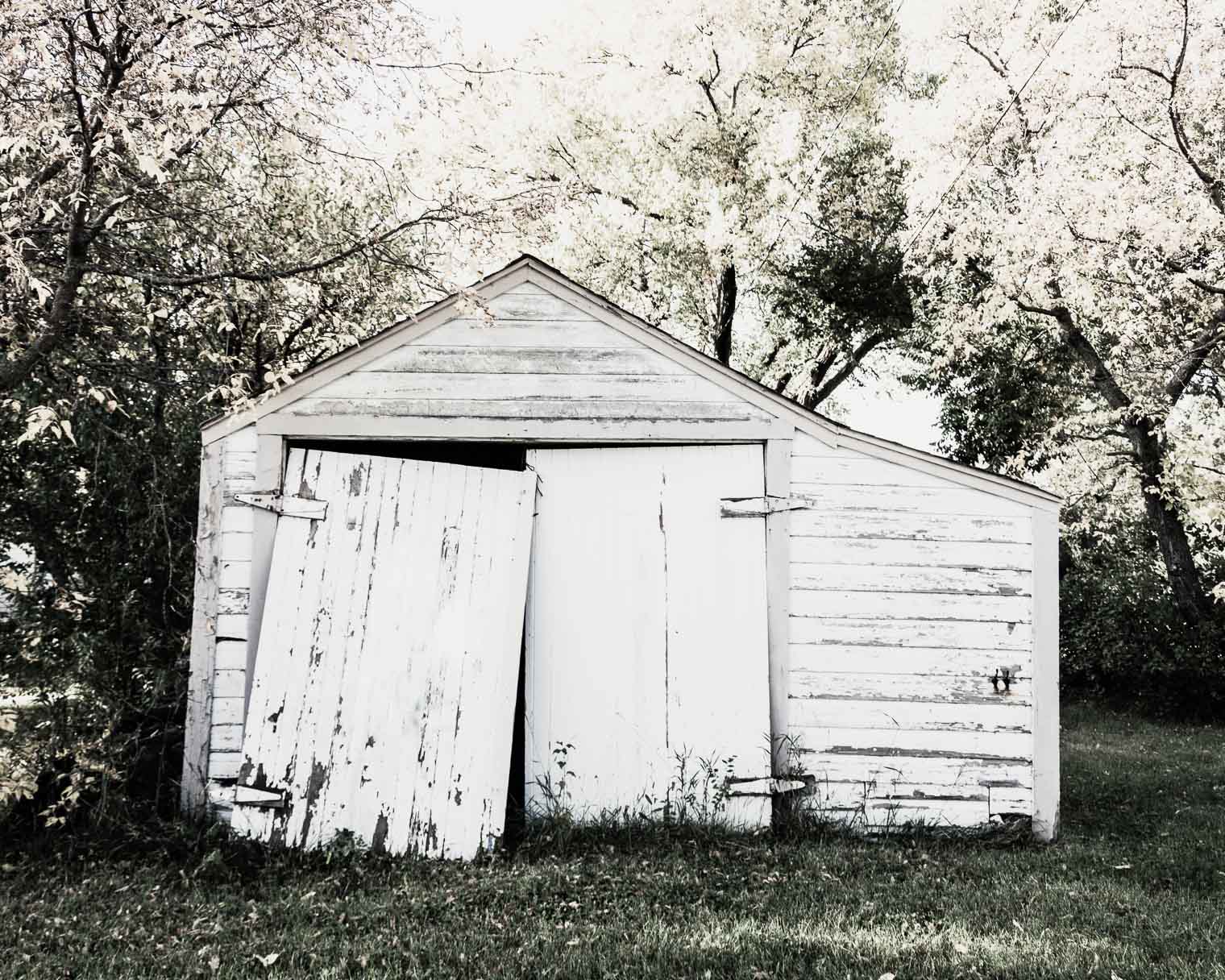 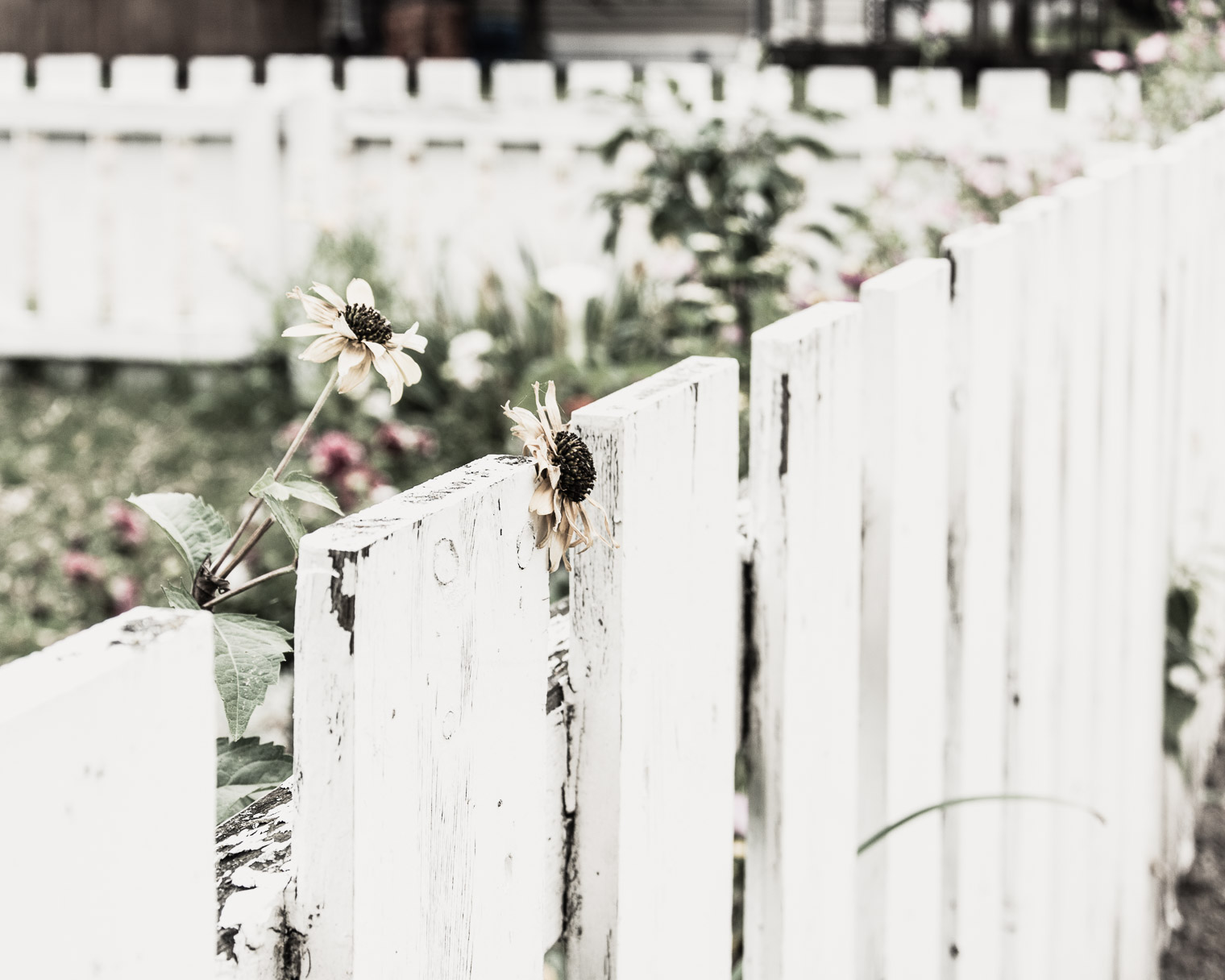 Don’t you just love it when a photo opportunity is just sitting there, waiting for you to take notice!