Homemade apple cider is so easy to make, I’m shocked I haven’t tried it before! But I suppose the only time I’d think about making apple cider is when I have so many apples I don’t know what to do with them—which is what happened this year. 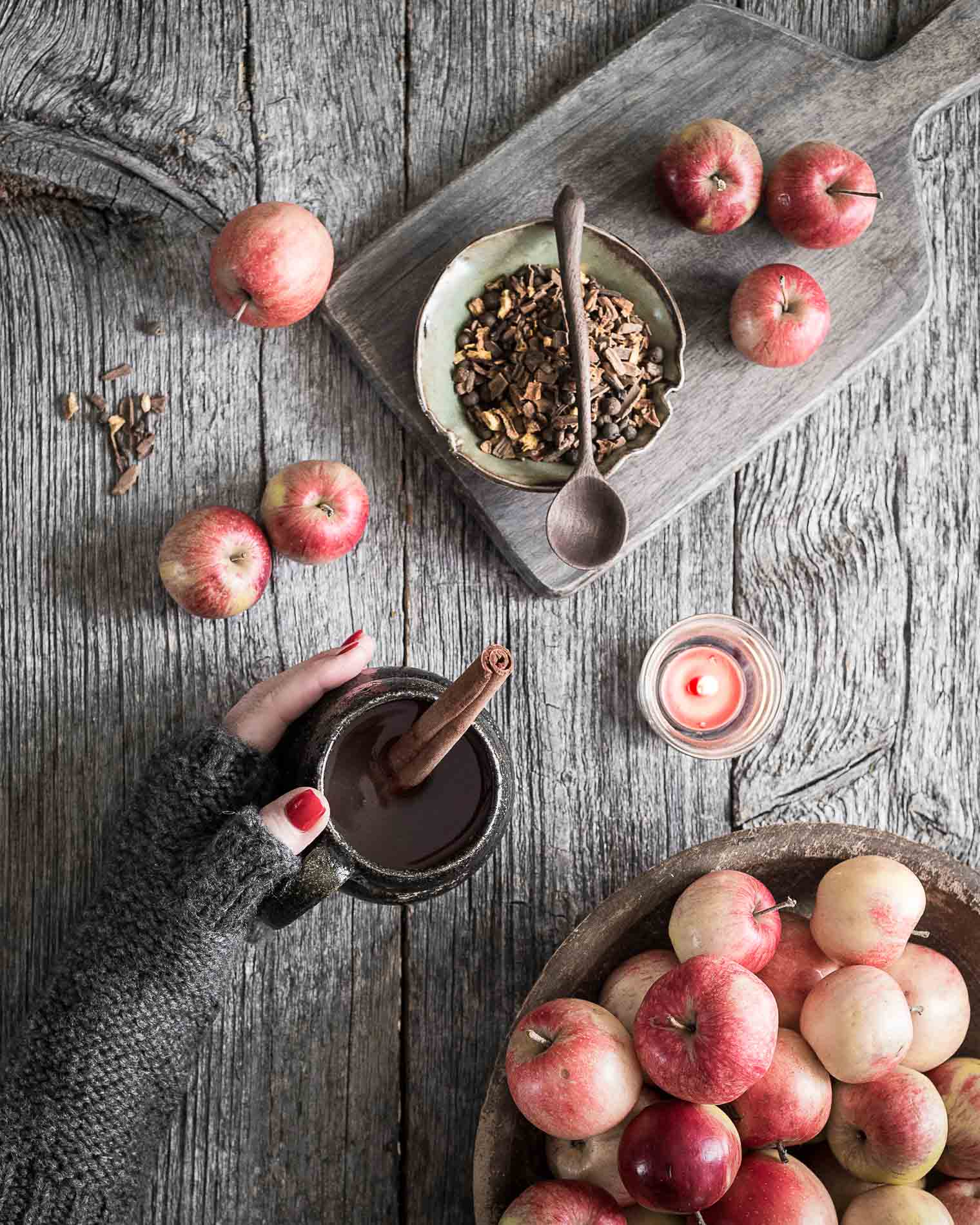 Our friends have a mini orchard and I was lucky enough to be given the go-ahead to pick all the apples I wanted! It was literally a windfall … perfect little apples falling off trees by the buckets. I scooped up as many as I could and quickly set about making pies, crisps, and sauce that will last until March. I used the smallest ones to make jelly (which is delicious btw) and I still had apples galore. What was I going to do with them all?

Well, one day I was out and about shopping and found myself at Williams-Sonoma (ha, I actually make a bee-line for that store) but, nevertheless… there I was. And the smell that was wafting about was incredible.

Turns out they were serving apple cider using their specialty spices and apple juice concentrate. I helped myself to a little sample, purchased the spices, but passed on the juice concentrate because I felt it was a bit expensive.

As I made a mental note to pick up some apple juice at the grocery store I had an “aha” moment … why don’t I make my own?!

So that’s how my homemade apple cider recipe was born. 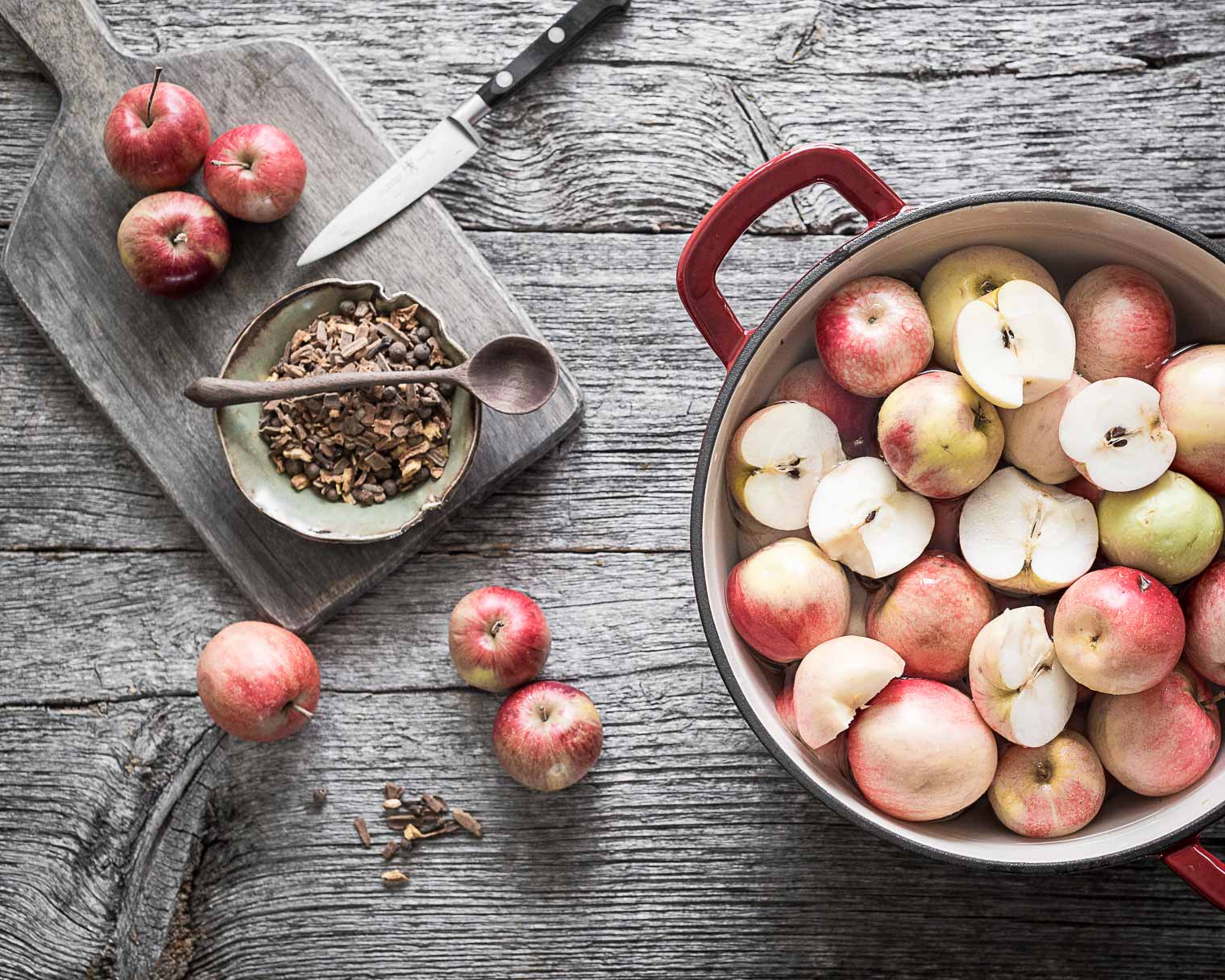 I made it for my family at Thanksgiving and it was a huge hit! 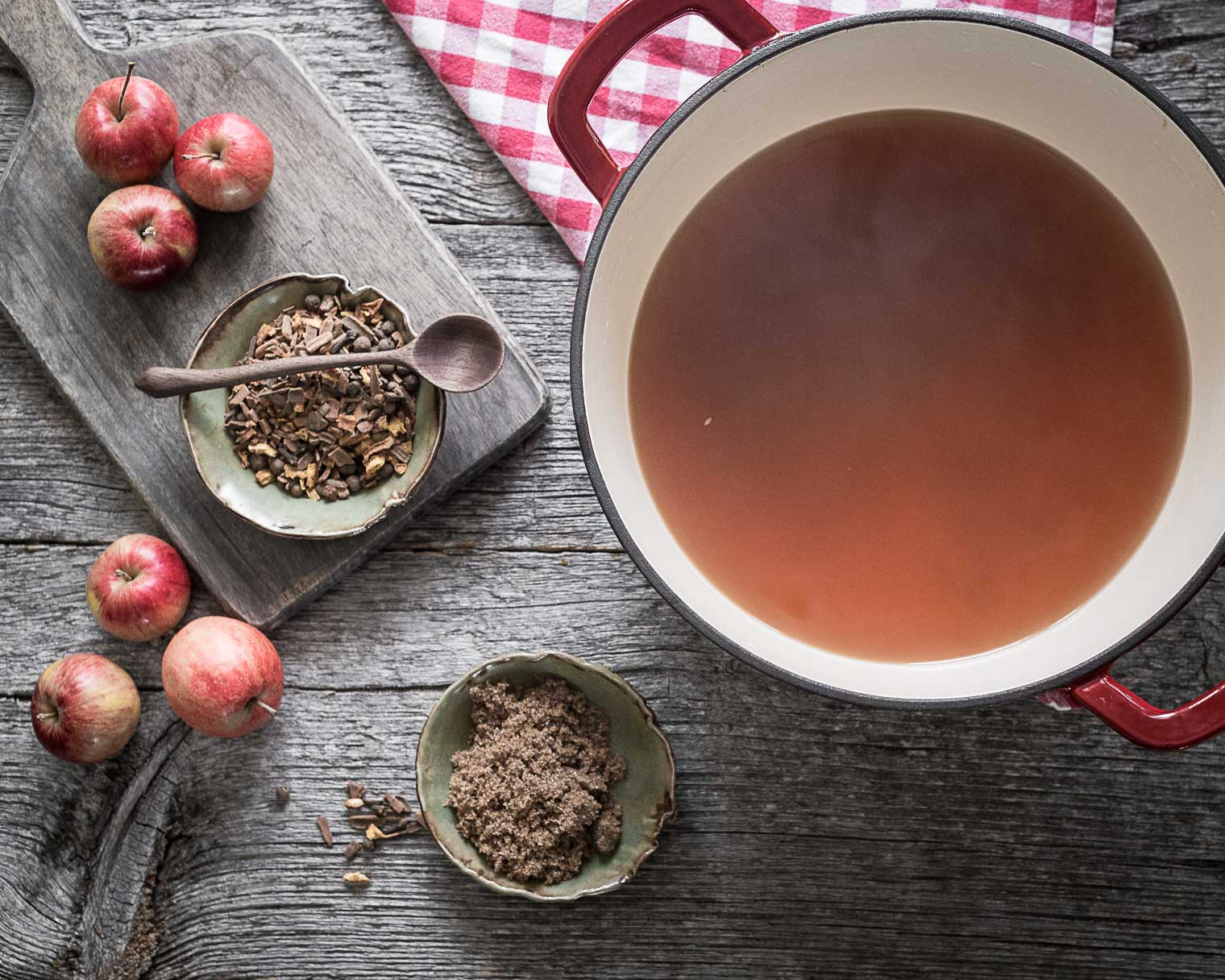 Perfect for Christmas too! 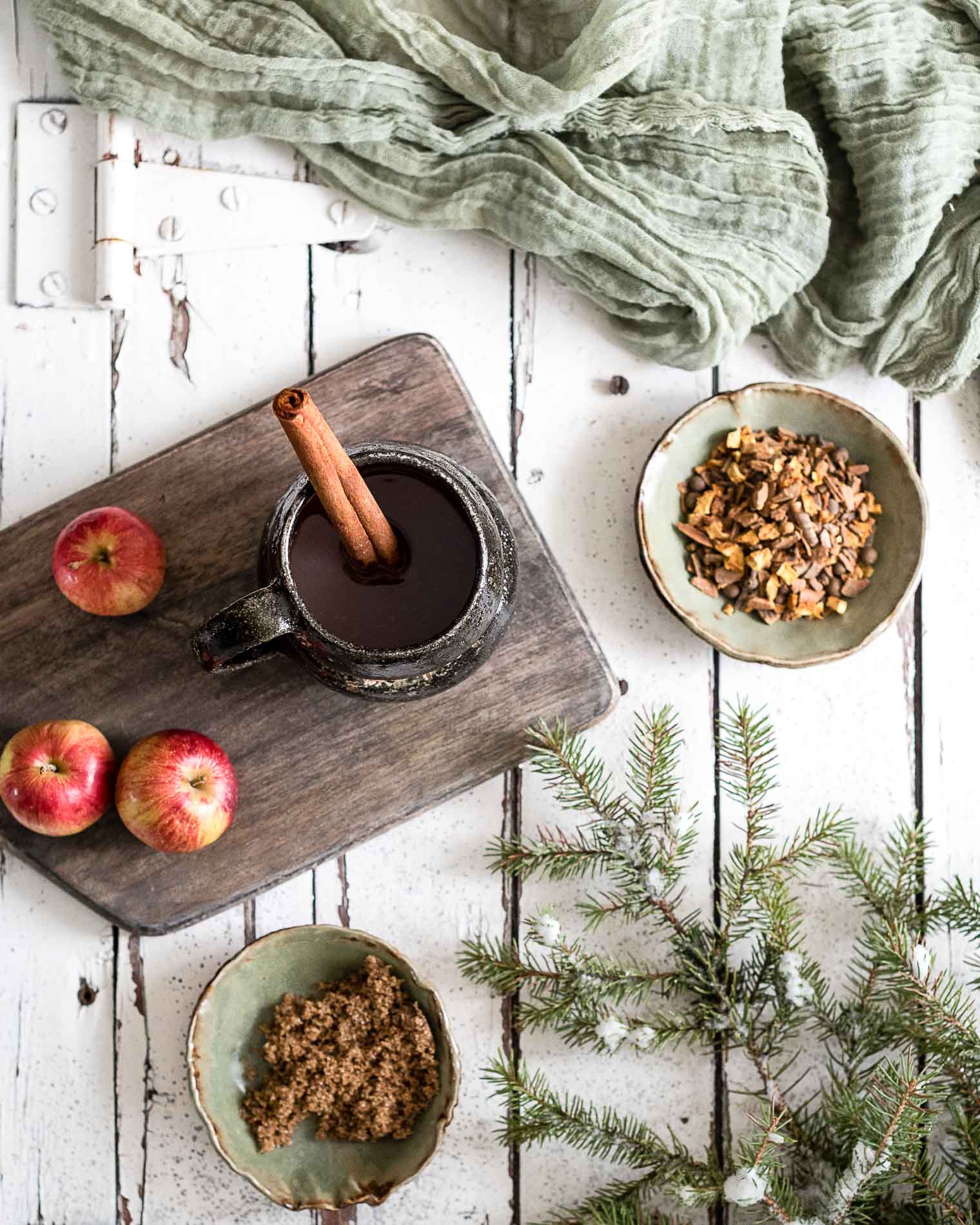 Print
Homemade Apple Cider
Author: Barb
Recipe type: Beverage
Ingredients
Instructions
Notes
I recommend the Williams-Sonoma Mulling Spices as the blend includes some oils that most likely really boost the flavour (and no this is not an ad ;)

I left the spices in the pot and let it all simmer on the stove as long as there was cider left ... the aroma in the house all day was incredible!
3.5.3226
Enjoy! 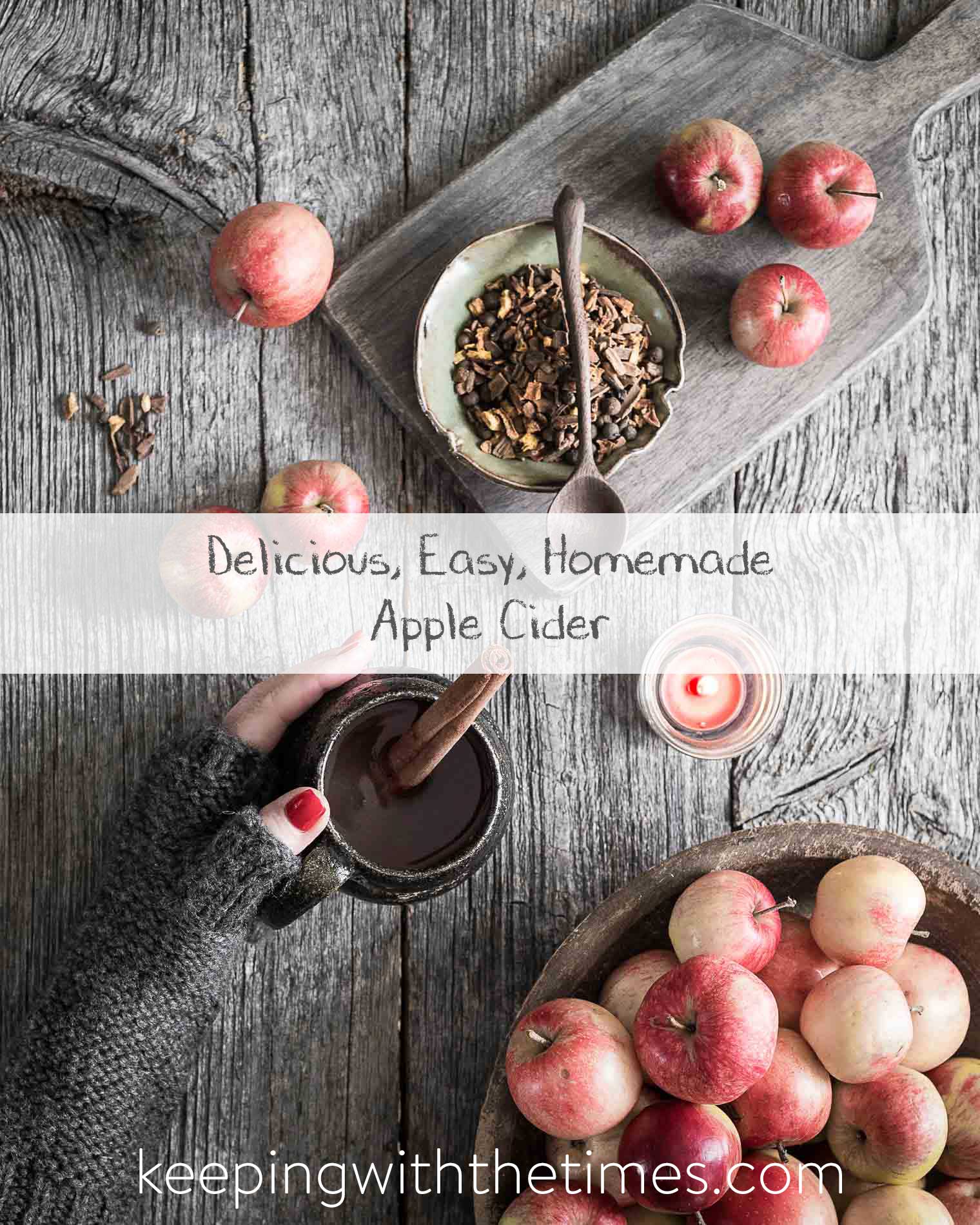 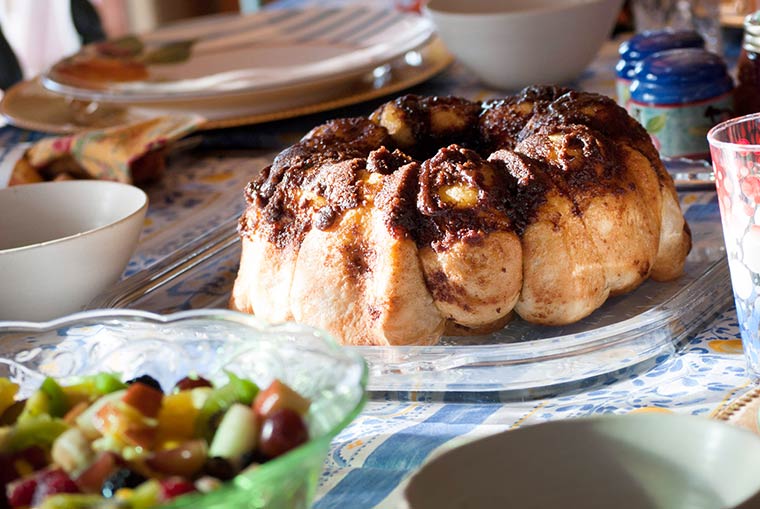 These cinnamon buns have become MANDATORY for our Christmas morning. Try them once, and you’ll see why!