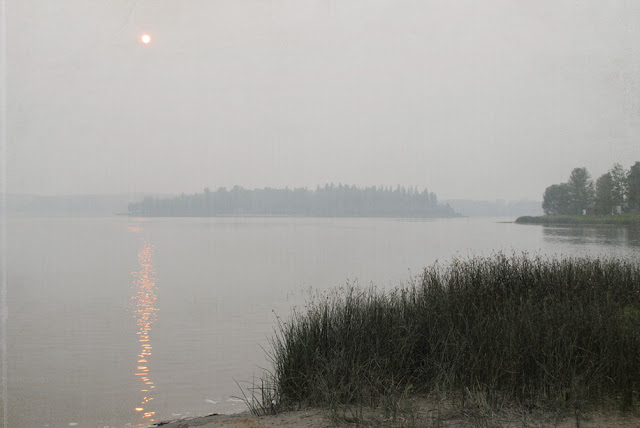 Kim Klassen’s assignment this week was to write a six word memoir a la ‘Smith Mag‘. How fun and enlightening to write a six-word sentence to describe yourself. You might want to check it out. I’ve heard it may be a bit addictive. Hmmmm, I have another six word memoir I may post later . . .

Texture used today was ‘not too shabby’ on soft light. It softened this photo slightly and surprisingly cleared up the banding that was in the sky. I took this shot two summers ago when there were a lot of forest fires burning in the area. It was about 5:00 pm and the sun was a bright orange dot. For some reason this scene gives me an organized, peaceful feeling – much like a list does!

All my life I have made lists. Even lists of what I need to clean. If I don’t write something down it isn’t going to get done. So I have lists everywhere – if I can’t put my hands on one list I start another one. I’m not sure, are three lists better than one?