If you’re ever going to be in a quandary, hopefully it’s as simple and light as trying to decide where to set up your potting bench!

This week I’m rearranging my deck; moving my potting bench here and there, trying to decide if the furniture we have is working for me (it’s not) and setting up pots and crates ready to be filled with herbs and flowers.

And while I’m enjoying being outside immensely … I’m a bit frustrated at my deck situation. It’s a partly covered deck (which is wonderful) and I want to take advantage of the space where I can work even when the weather isn’t cooperating.

Here the potting bench catches sunlight which is lovely for the plants, plus it’s still under the overhang so it’s out of the elements. But it’s a bit inconvenient as it sits against the railings and partially blocks the view of the surrounding forest: 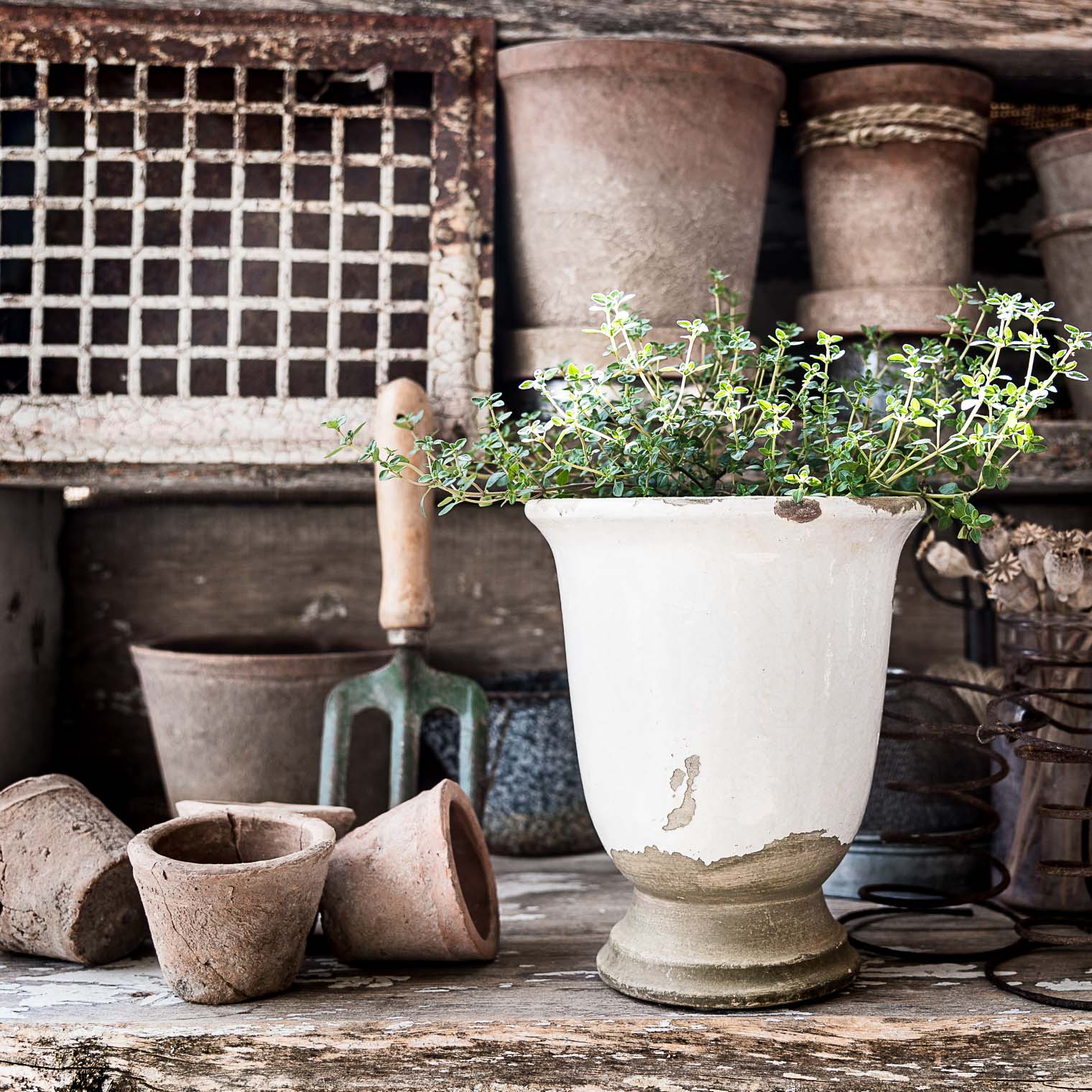 Here the potting bench is against the house which results in flatter light, and no sun: 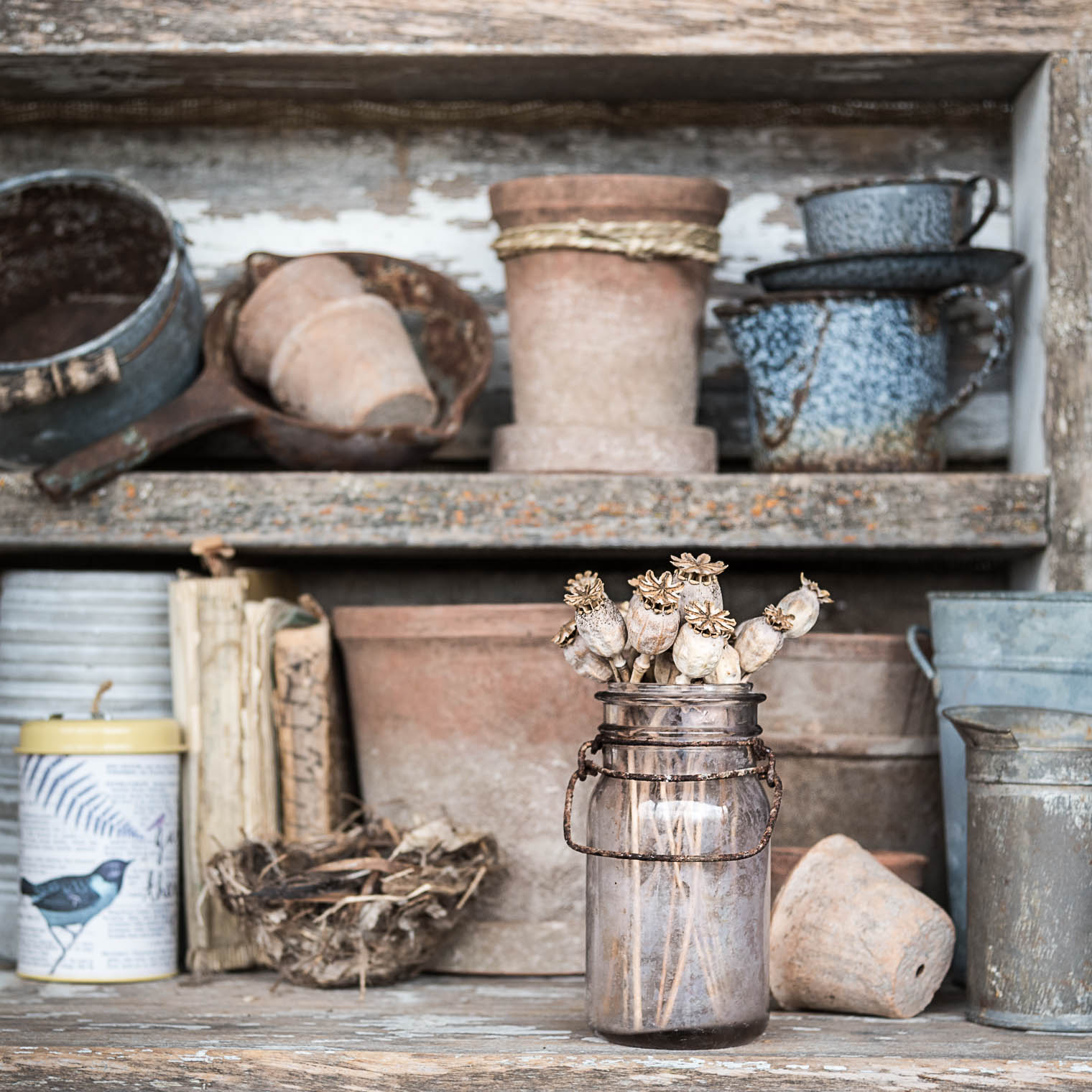 So what would you do? I really don’t want to set it against the railings but I feel it’s too drab against the wall.

Wait! I might have another solution … I have two potting benches ;)

The other one sits on the ground and is exposed to the weather. I wrote about it in my An Inspired Barnwood Potting Bench post a few years back.

I guess I would simply have to time my work, and my photography around Mother Nature.

I think I just solved my own problem ;)