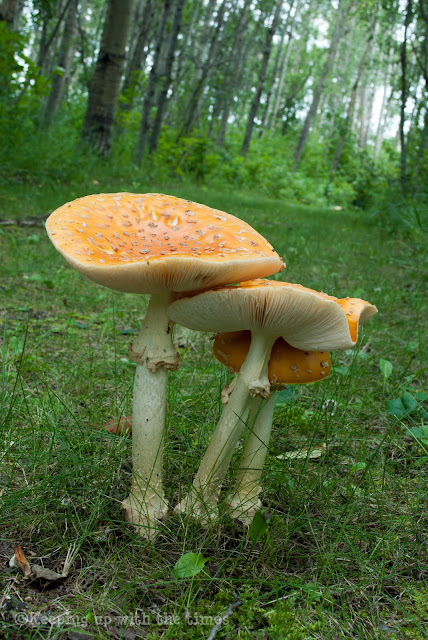 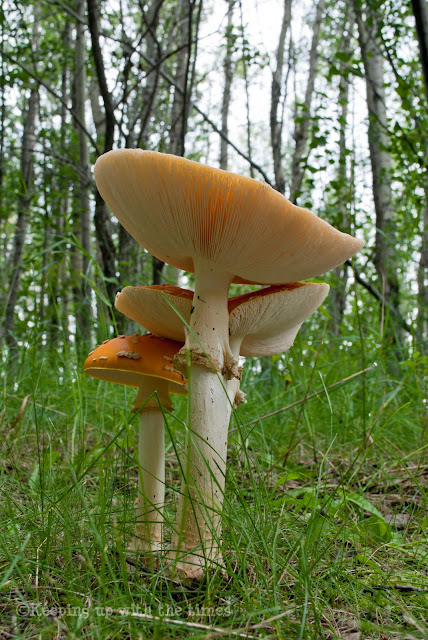 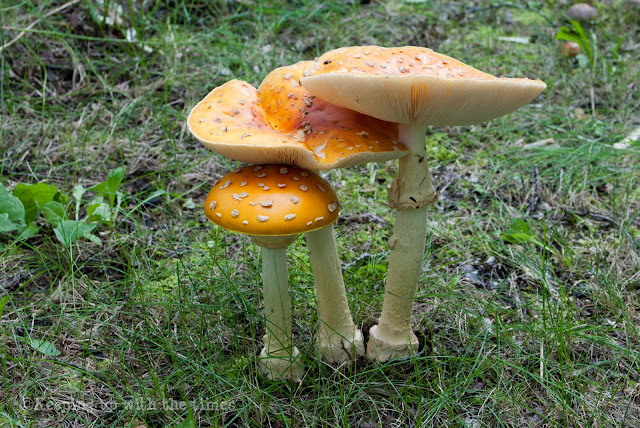 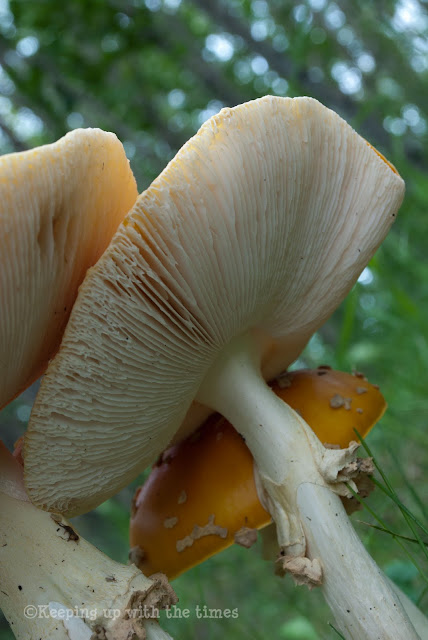 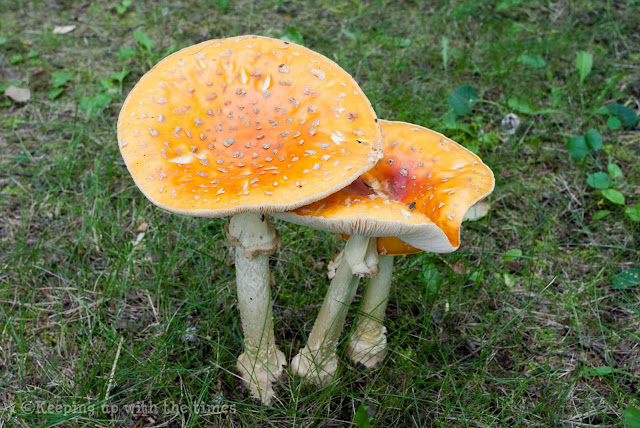 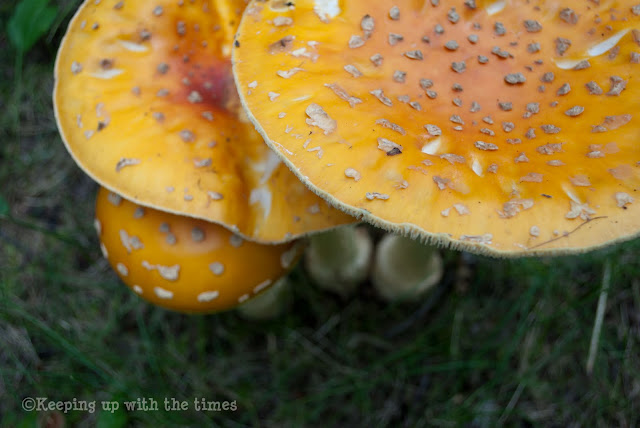 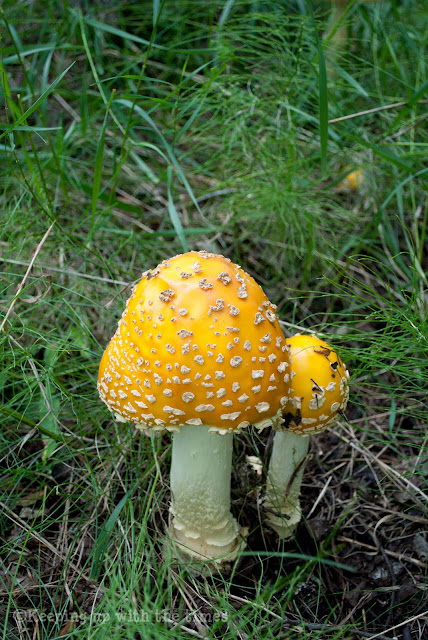 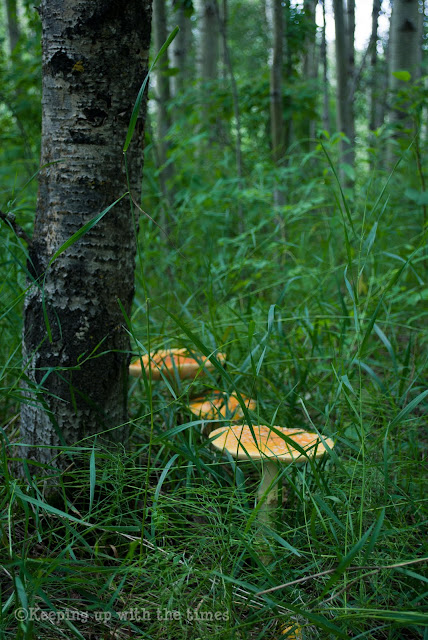 Yesterday I was planning on having a quiet afternoon – maybe just organize and clean up after a busy weekend (boring). I don’t know why I thought that because two of my grandchildren are staying with us for a week! Anyway, a neighbor came over with her sweet daughter and asked us to go to the park. We did and we ended up taking a long walk, playing at the park, having a nice visit and then on our way back home we got sidetracked (by my hubby) onto a path leading into our forest. He had discovered these fascinating mushrooms and wanted to show them to us. Well, I sent him home immediately to get my camera (he’s my trusty assistant, after all). I had no idea what type of mushrooms this was and was very careful not to touch them or to let anyone else get near them. Good thing since I’ve since found out that they are ‘fly agaric’ and that they are poisonous! yikes!

Fly agaric is a poisonous and psychoactive basidiomycete fungus, one of many in the genus Amanita. Native throughout the temperate and boreal regions of the Northern Hemisphere. The quintessential toadstool, it is a large white-gilled, white-spotted, orange, yellow, red or brown mushroom, one of the most recognizable and widely encountered in popular culture (Wikipedia).

I also found this little tidbit from the Museum of Nova Scotia . . . among other things . . fly agaric has been used to invoke inebriation, religious or otherwise, since the Stone Age. Some scholars maintain that the inspirations for some of the major religions of the Near East originate in a fly agaric cult, although in latter days, this fungus has typically been consumed as an escape from everyday drudgery.

Our afternoon had turned into a fun and interesting event. Supper was late but we all felt so refreshed and invigorated. No drudgery here!