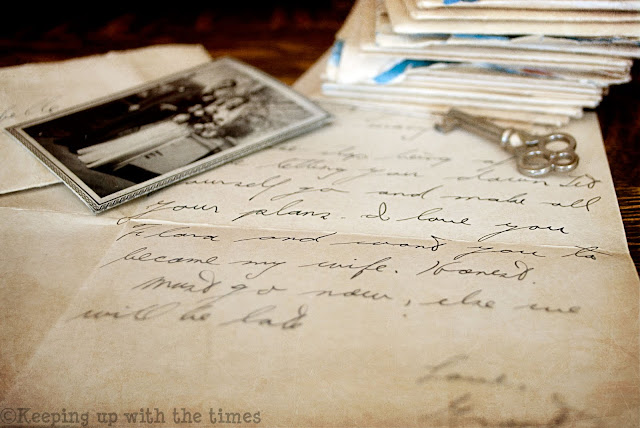 I created this in response to a challenge at Digital Scrapper to take a photo of something that money can’t buy. I am a guardian, steward, keeper of family treasures and some of those treasures include love letters that my father wrote to my mother after he got back from the war. He was head-over-heels in love with her and it appears that she was giving him the cold shoulder! Looking back I can see that it was just my mother’s nature – she was very undemonstrative. So, money can’t buy such treasures, such memories, such feelings that can’t quite be put into words. I wanted to share these in a way that would be respectful but still give a glimpse of the love of a young man for the woman he wanted to be his wife. I used Kim Klassen’s texture – Serendipity, on soft light. This photo is a ‘lift’ of Kim Klassen’s beautiful ‘Giving Thanks for the Cross‘.