I was recently inspired after reading a post by Grace at ‘Sense and Simplicity’ on how to decorate a mantel. She had been inspired by an article in Canada’s Style at Home magazine. The article had been written by Steven and Chris and gave an easy step-by-step process on how to create a visually pleasing vignette. When I saw her post, I almost fell over! How did she know I was so mantel challenged! I give you this photo as proof. This is what we have been looking at since I took our Christmas lights off five months ago . . .

I wasted no time and went straight to Winners to find an eclectic assortment of treasures. Granted, I was starting with a framed print by Robert Bateman that I really love – it’s called ‘Winter Run’ and he could have been painting it from our deck – I have actually seen similar scenes around here. Well, I’ve seen moose and I’ve seen snow-covered branches – that counts, I think. Anyway this is what I came up with:

Following the directions closely, I chose a small black & white painting of a decrepit dock on a lake, a tall wire bird that looks like a heron, a grey birdhouse, a tall white vase to put branches in, two glass candle holders and a small willow wreath. I then added two old mason jars full of teeny-tiny pine cones, two light green candles (spring) and a clay pot with willow balls. The coup d’etat is the real, old, antique wooden duck decoy that my son-in-law gave to me shortly after we moved to the lake and it has been a treasured and honoured guest here ever since. I think it all came together beautifully, and since it was very low budget, I won’t be afraid to mix it up with the seasons. I won’t think about it now, but what about autumn! oh the possibilities! Thank you Grace! and Steven and Chris! 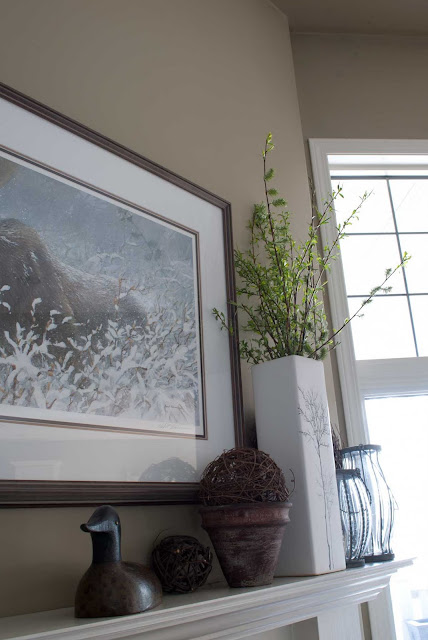 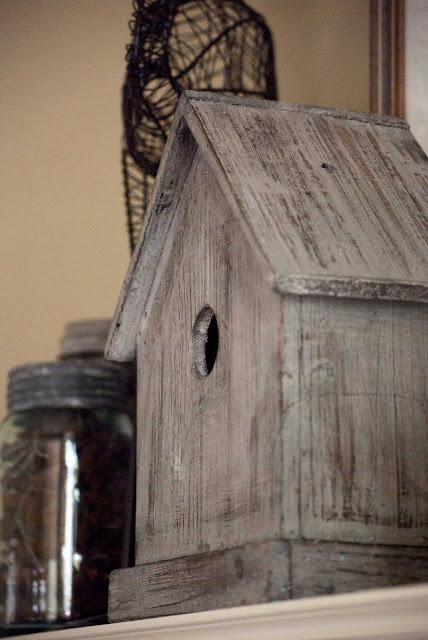 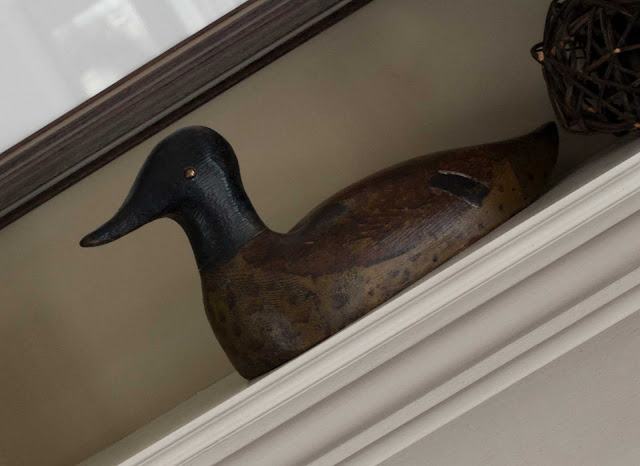