I’d like you to meet Deb. She’s a neighbor and friend who fairly recently moved to our area.

Well, actually it’s been over a year and a half since Deb and her husband moved into their beautiful new home here on the lake but it’s only been about a year since we became friends. We met through her sister-in-law Diane whom I’ve known for many, many years. It was last June that they asked me to join them on their daily walk. I immediately accepted and my life has grown and been enriched because of it.

Deb is passionate about her baking and cooking which I find very intriguing. I love it when someone has a passion. I can feel her enthusiasm every day on our walks. One of her first questions will be “what are you having for dinner”? I’ll mumble something about throwing a pork chop on the BBQ and baking a potato … and then quickly ask her what she’s having (change the focus).

It’s usually something encrusted with crumbs and herbs accompanied by some incredible vegetable dish with seasonings I have never even tried. So inspiring!

She’s been baking bread since grade two, and growing up she was inspired by her mother and her grandmother and their love of the kitchen and garden. She also loves cooking with fire and using great appliances … . 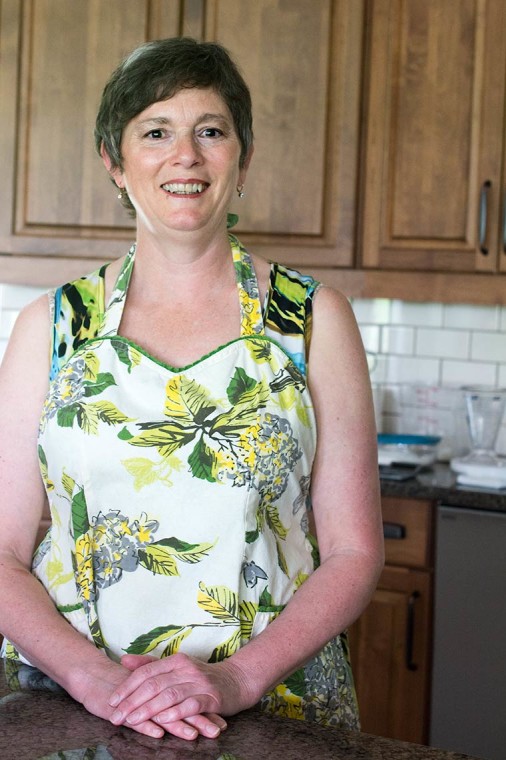 When I asked her if I could interview her to learn a bit more about why she does what she does, she gracefully accepted. While we chatted she poured me a hot coffee and fed me bits of fresh breads and cakes. 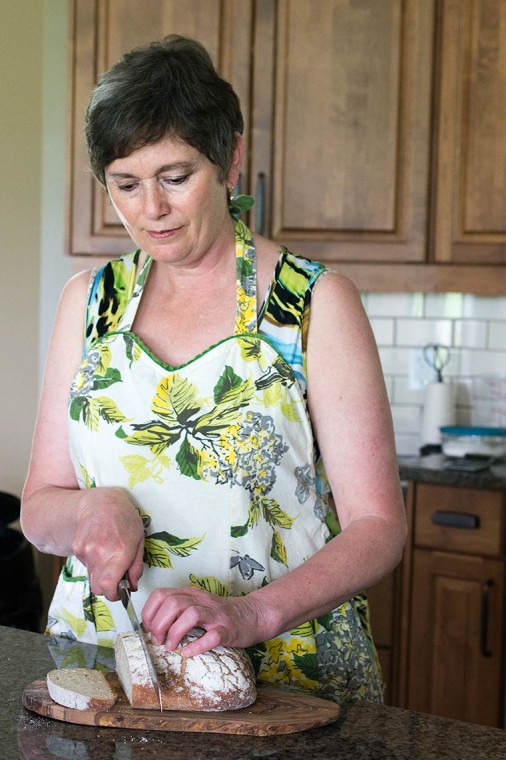 After baking a loaf of bread you must let it cool for 2 hours before slicing it. Then you need to break it apart and taste the crust, much like testing a wine. Then you try the “crumb” which is the bread and don’t be putting any butter on it! 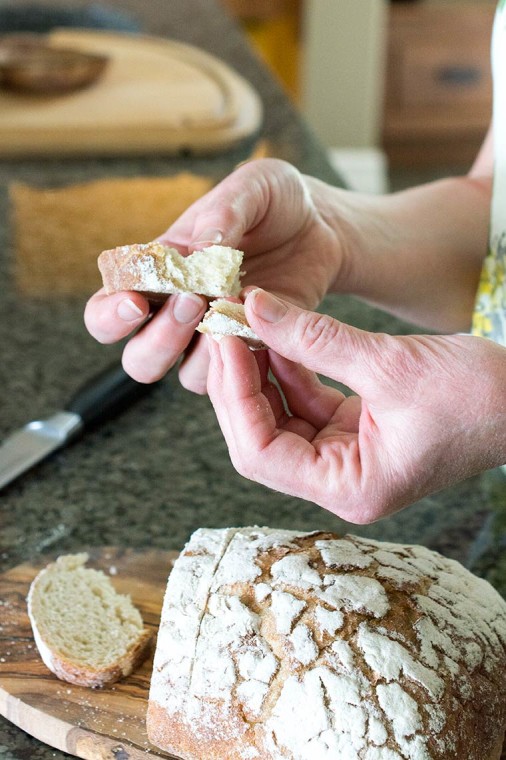 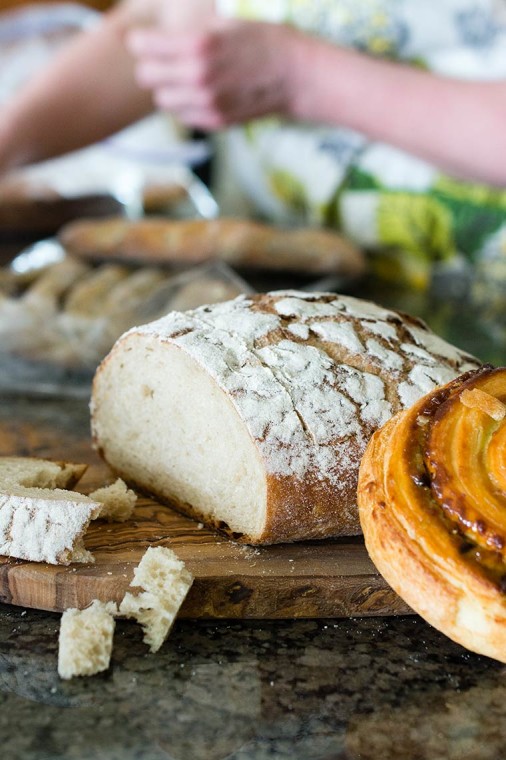 OK. Somebody stop me. 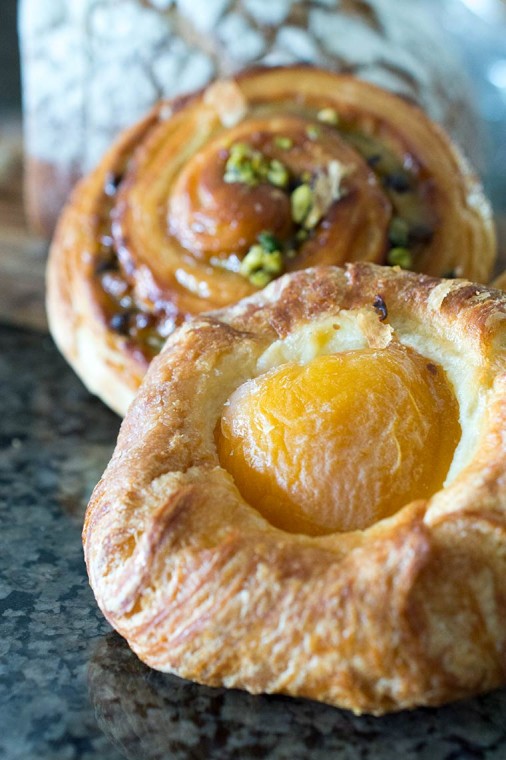 Deb tells me she has taken over 20 classes at different colleges, as well as one in Italy!

She just finished a 4 day “boot camp” bread-making class at NAIT where she was at the school at 7:00 am and didn’t leave until 7:00 pm. When I asked her for a recipe she handed me a chart with strange words like “poolish” and “starter” and “levain”. But scariest of all was that they don’t use measurements, they use percentages. Of course! it all makes sense; if you combine 70% ARW flour, and 30% rye flour as well as 100% water, 0.1% yeast and 0.2% salt, you will end up with a lovely Rye Poolish …

Alrighty then!  so this is her stove … how amazing is that? It’s La Cornue from France no less and it’s a real beauty. I could have spent an hour photographing it. 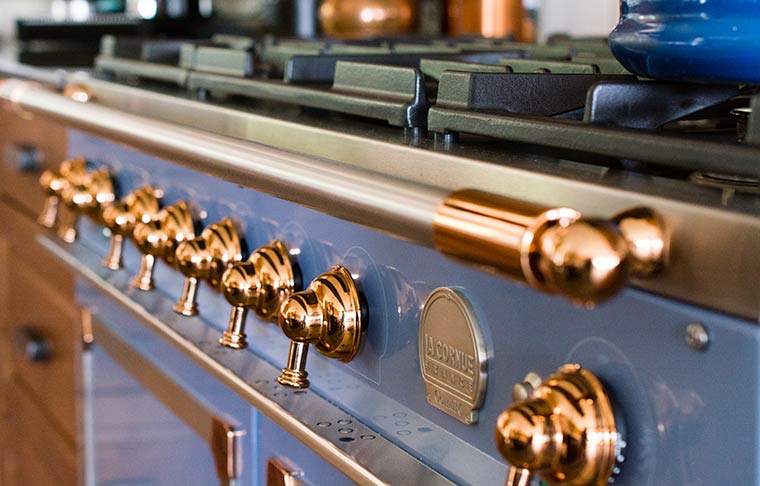 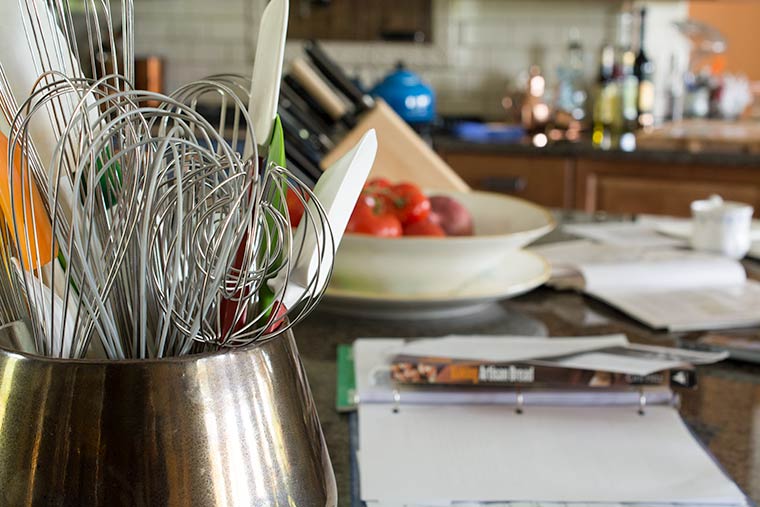 I hope you’ve enjoyed meeting Deb. She may turn up in another post some day since she has a Forno oven and I’d love to see that one in action! 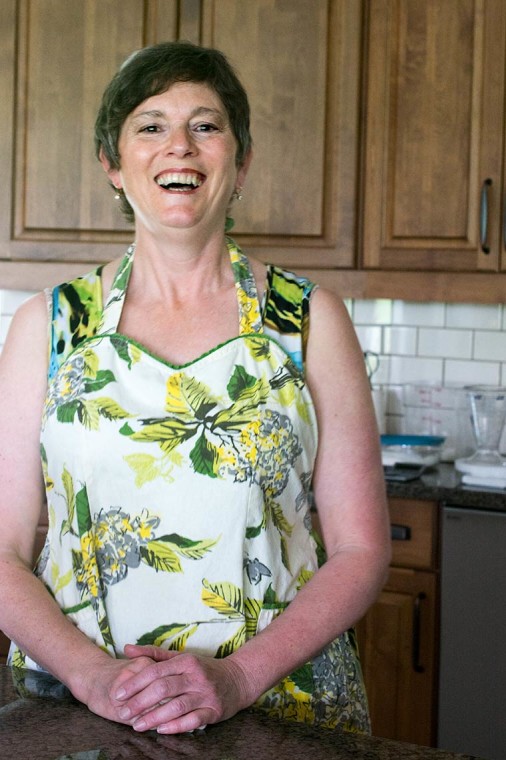 Thank you for stopping by and have a wonderful weekend!