It wasn’t a stellar start to a Monday. Yesterday both the hubs and I woke up a bit off … one has a cold, and two couldn’t sleep because of it.

After a stand-offish first cup of coffee, we decided to go out and make the best of the day (I mean we’re in Arizona, the skies are stunningly blue, and the temperatures are divine.) 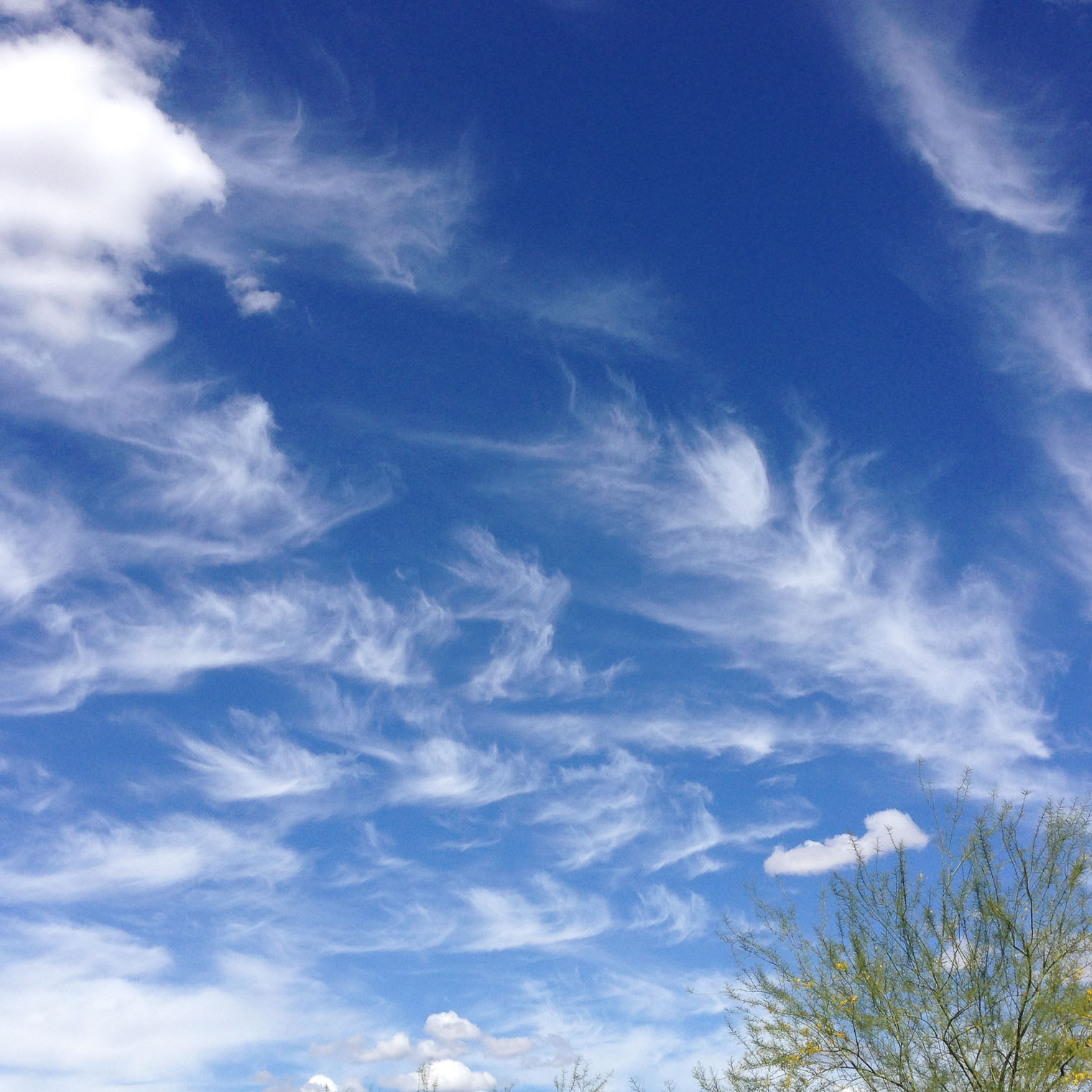 So it was off to Mountainview Coffee to see how the new owners are doing. As it was, there were a few glitches (no internet, and they seemed to be out of all menu items.) It was also hot indoors so we picked up our cups and went and sat on the patio. Duh. Instant mood boost.

But … uh, oh. Out comes a very toxic mother/daughter duo who plunked down at the table right beside us. It was impossible to ignore them. I won’t go into detail but the daughter was treating her mother with the utmost disrespect, and the mother was on oxygen and looked like she was on death’s door. After a bit I whispered “let’s go” to the hubs who looked like he was about to say something. Oh.my.gah.

When we got to the car we had quite the discussion; both agreeing how terrible the whole situation was. I even used the word abuse. Perhaps elder abuse? Mother abuse? Even so, you really never know what brings people to behave so badly. We certainly don’t know their background and unless someone gets physical, I’m of the mind to let it be. Hubby is not so clear … he may have finally had to speak. What do you think? Would you have said something? I just don’t know what 5 seconds of a stranger’s (surely unwanted) advice is going to accomplish.

Anyway, onwards and upwards (literally) as we took the short 1.5 mile hike “Fountain Hills Lake Overlook Trail“. We’re so glad to have discovered this little gem! The views are spectacular … 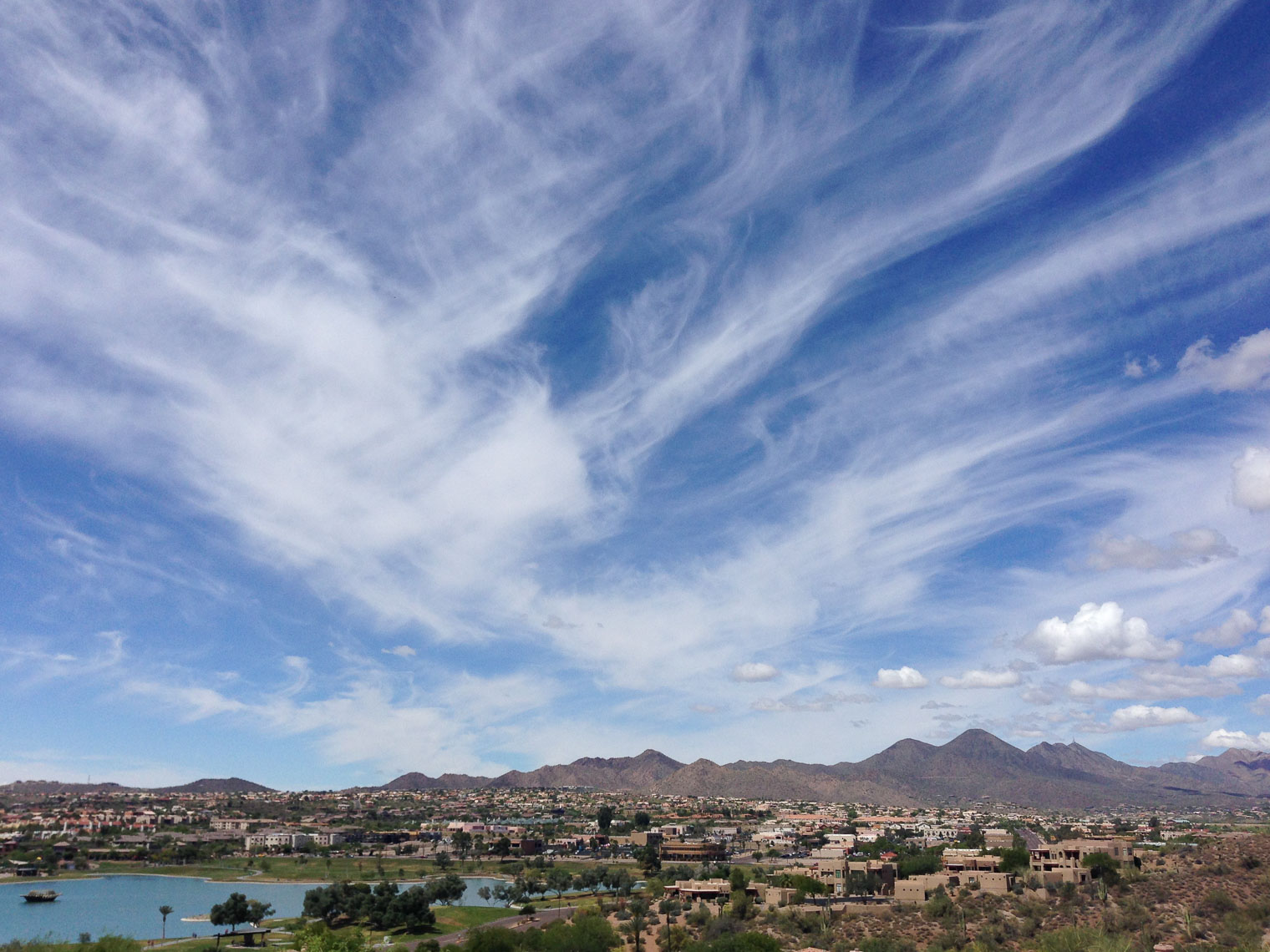 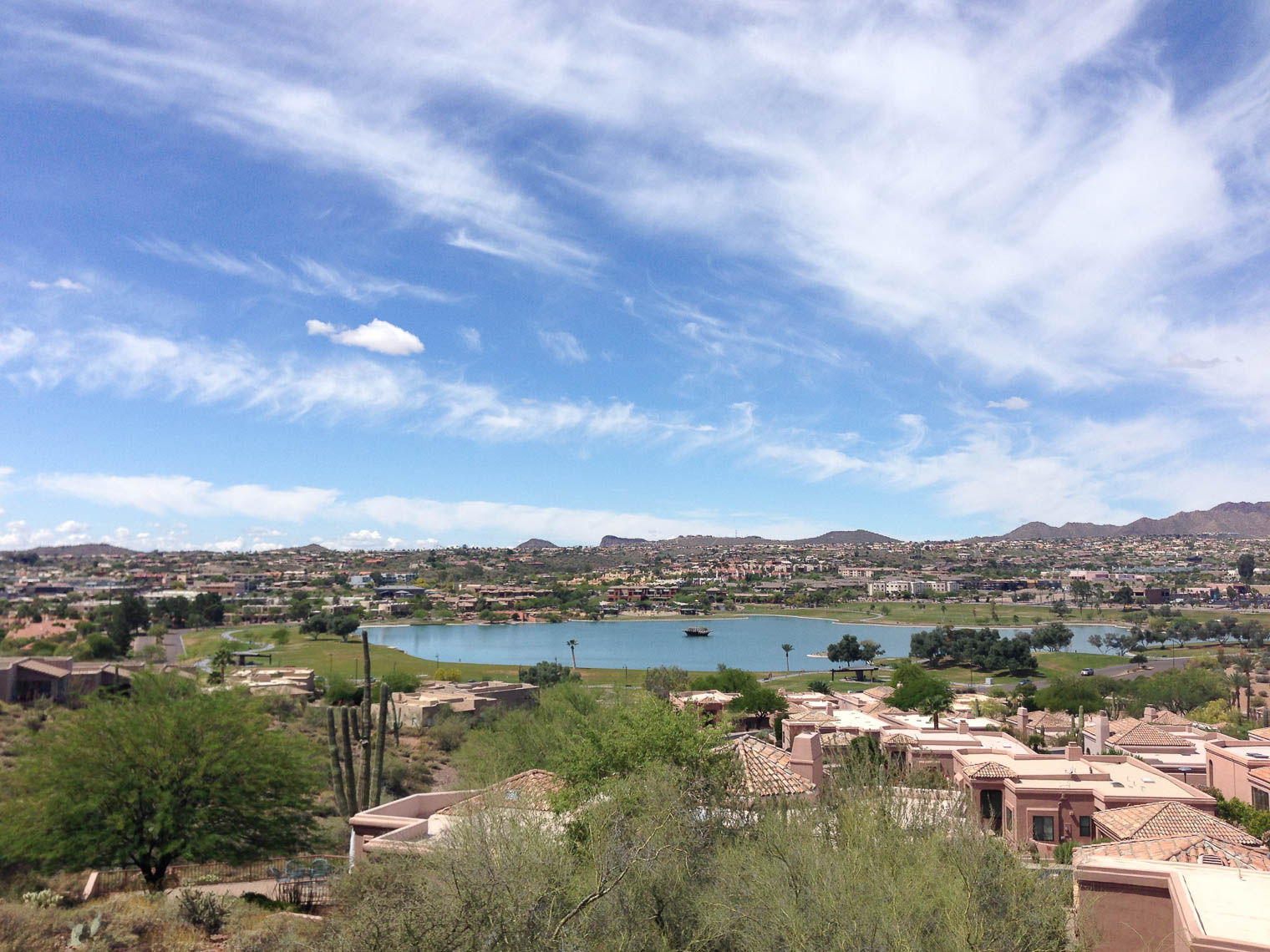 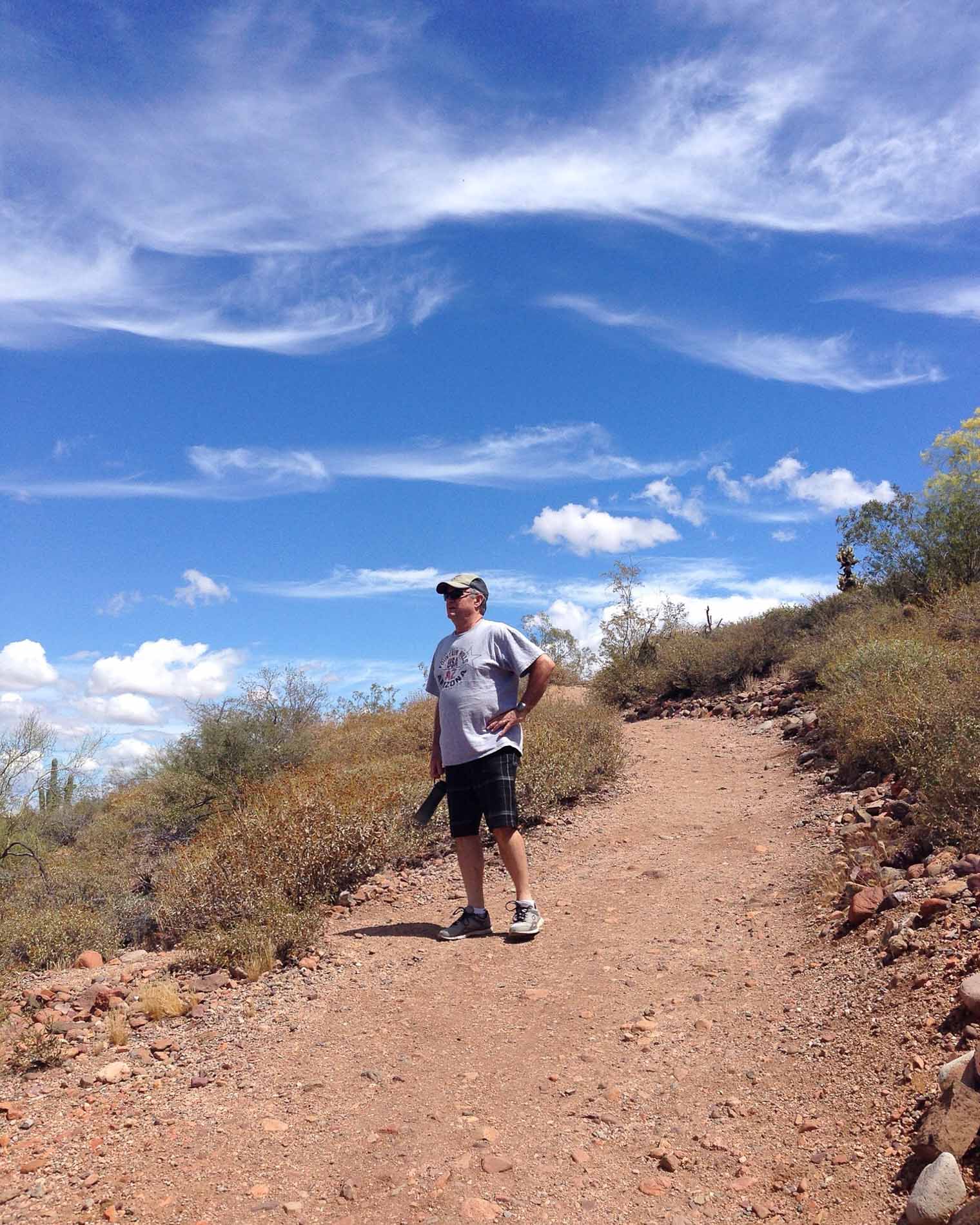 … and yes the photos are a bit cra**y since I only had my phone and I wasn’t taking a lot of care, but lately I’ve decided that just capturing the moment is enough. And talk about moments! we ran across this Argentine Giant in full bloom (down at the Fountain). It was positively stunning, and they only bloom for a few hours! What luck for us that we ran across it. 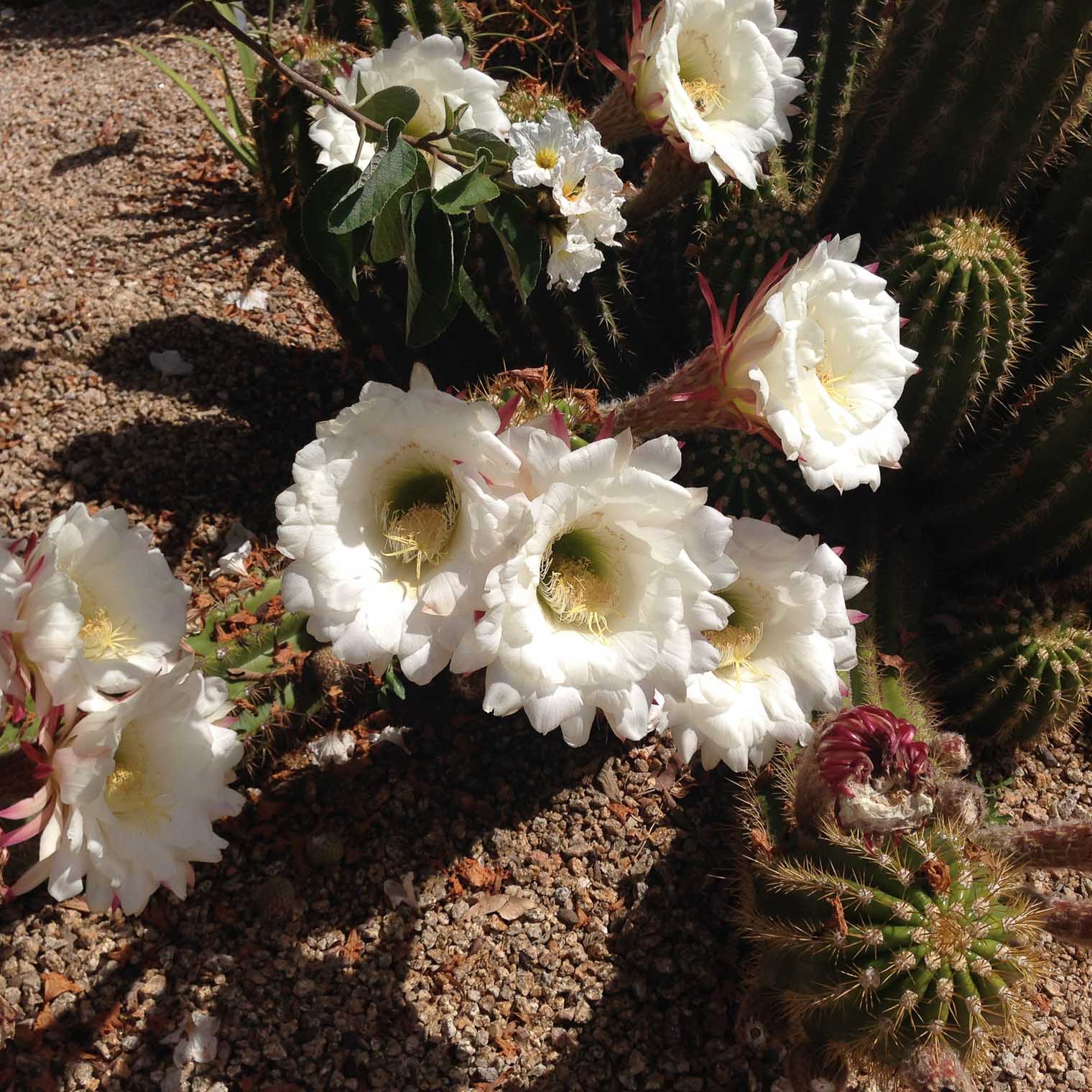 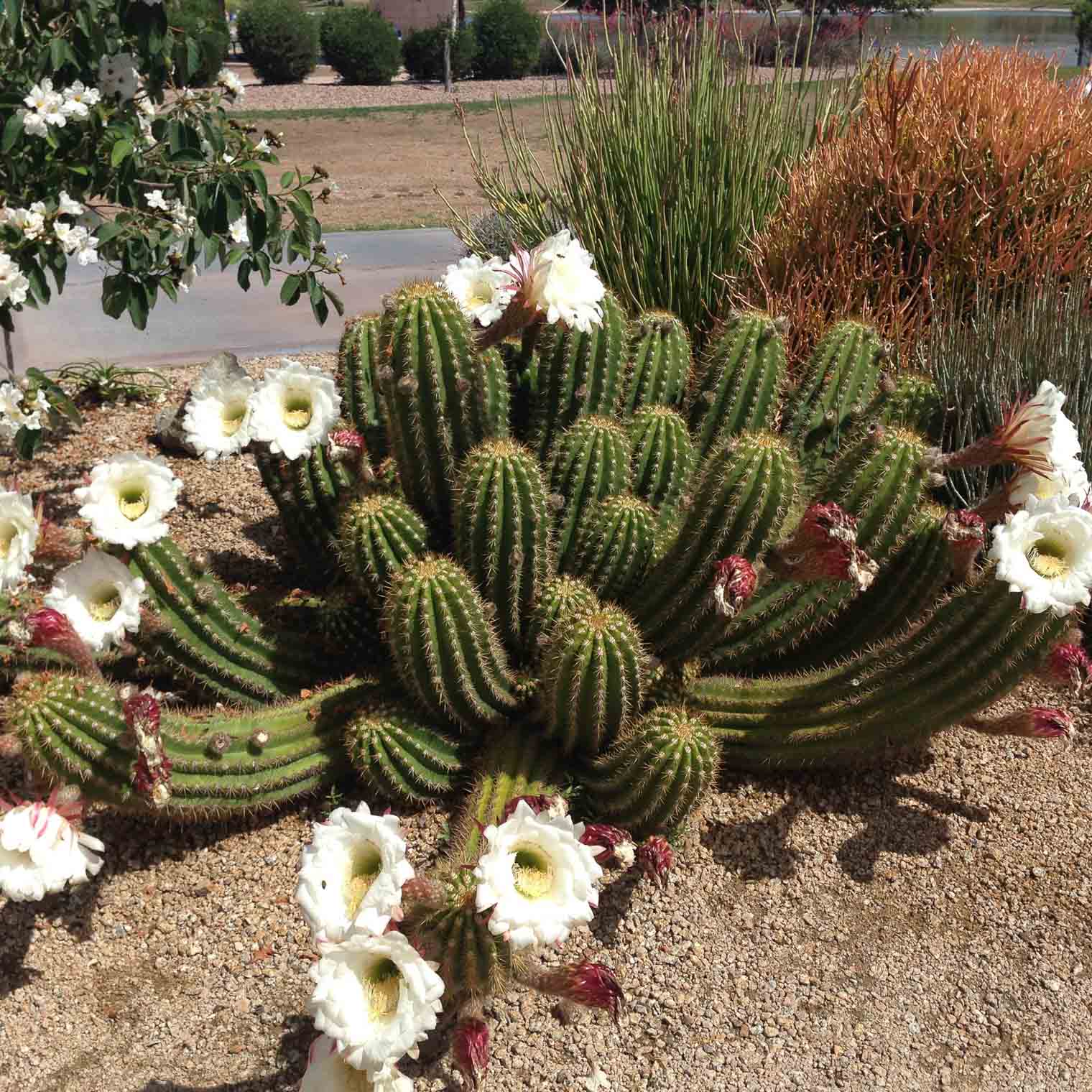 So what started out as a not-so-great day turned out to be pretty awesome. We just had to make it happen.

Be kind whenever possible.It is always possible.