Abraham Lake on the David Thompson Highway is, in my opinion, one of the most spectacular sights in Alberta! and truly is a hidden gem!

We’ve driven past it dozens of times, but always on our way somewhere else. I was never sure what it was called since there are no big signs on the highway and the turnoffs are not at all obvious. Of course we’ve stopped and taken the obligatory photo of someone standing in front of it, but never have we explored the area. So on our way home from Emerald Lake, we decided to take the time to really look at it.

Abraham Lake was created in 1972, with the construction of the Bighorn Dam. Although man-made, the lake has the blue color of other glacial lakes in the Rocky Mountains, which is caused by rock flour as in other glacial lakes. (Wikipedia) 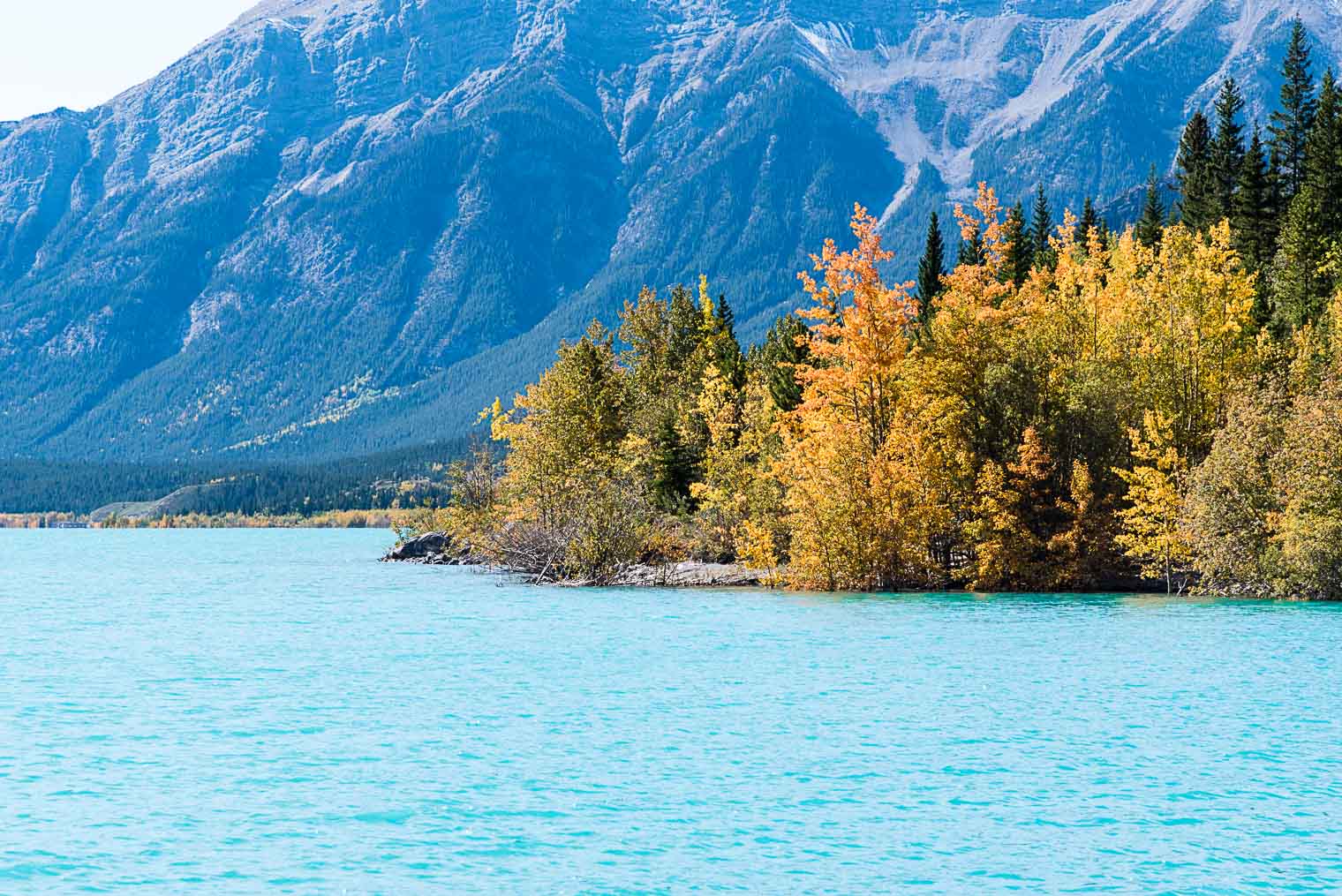 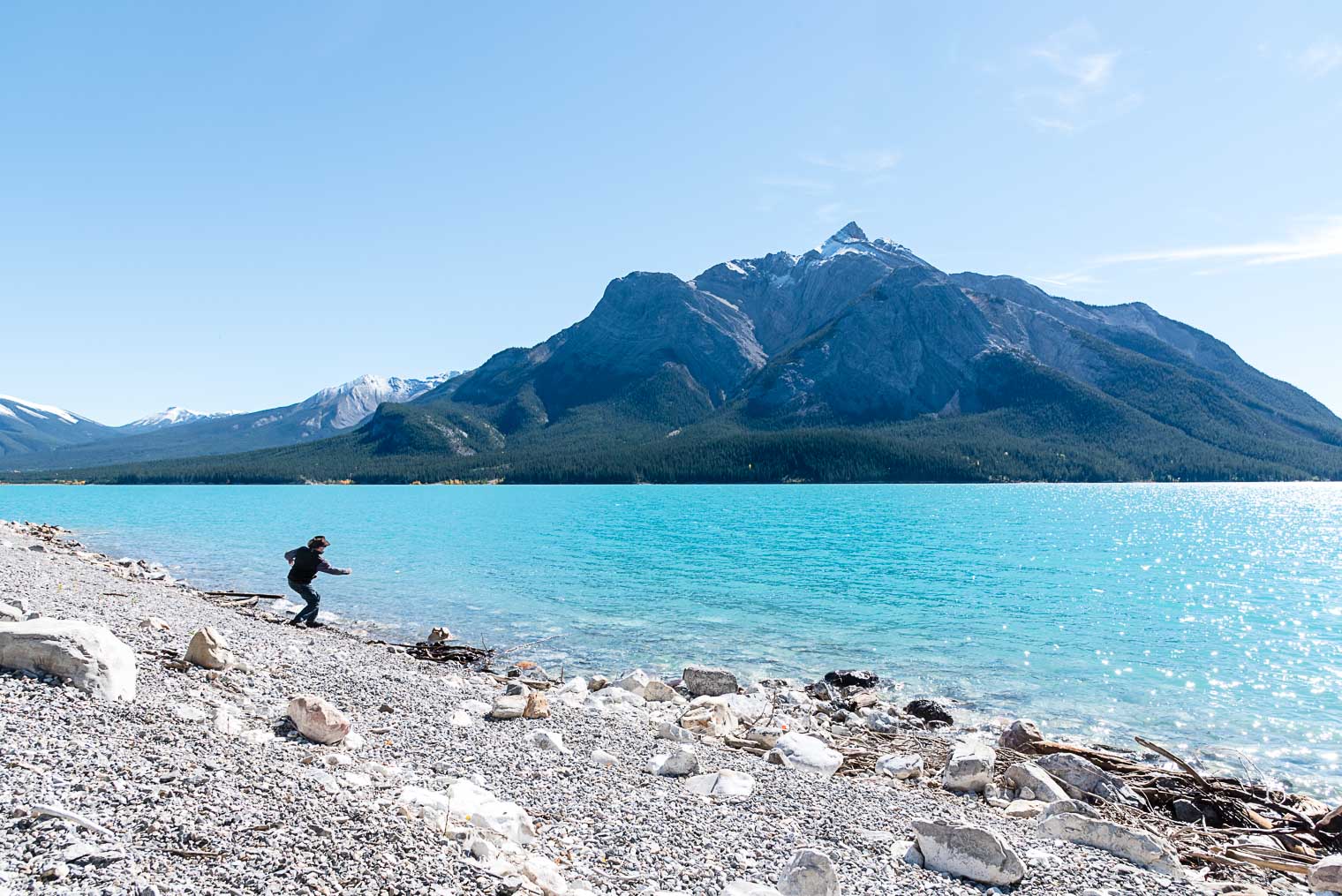 Natural or man-made … it’s spectacular! and with the golden autumn colours against the turquoise of the lake … well, it just doesn’t get any better. 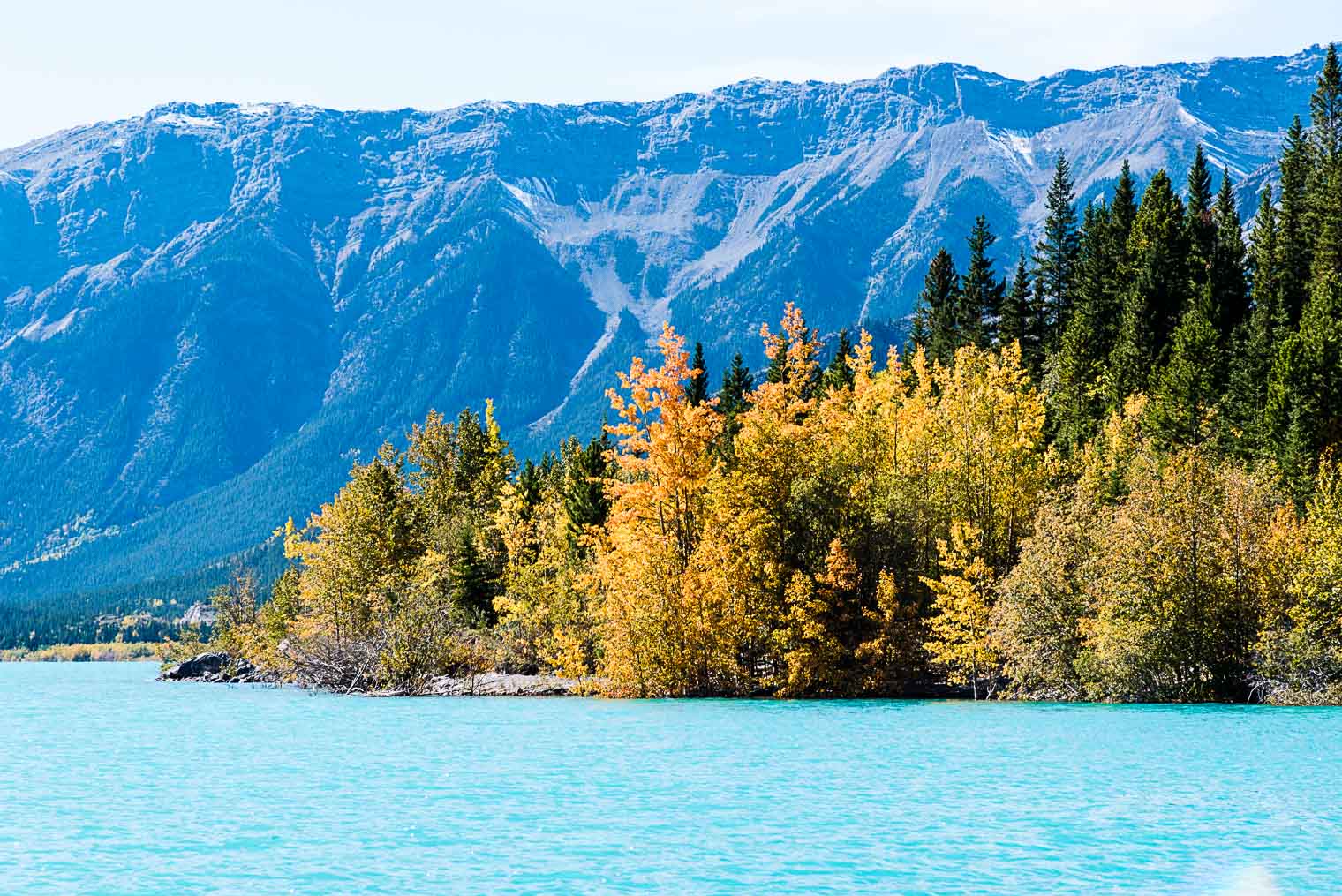 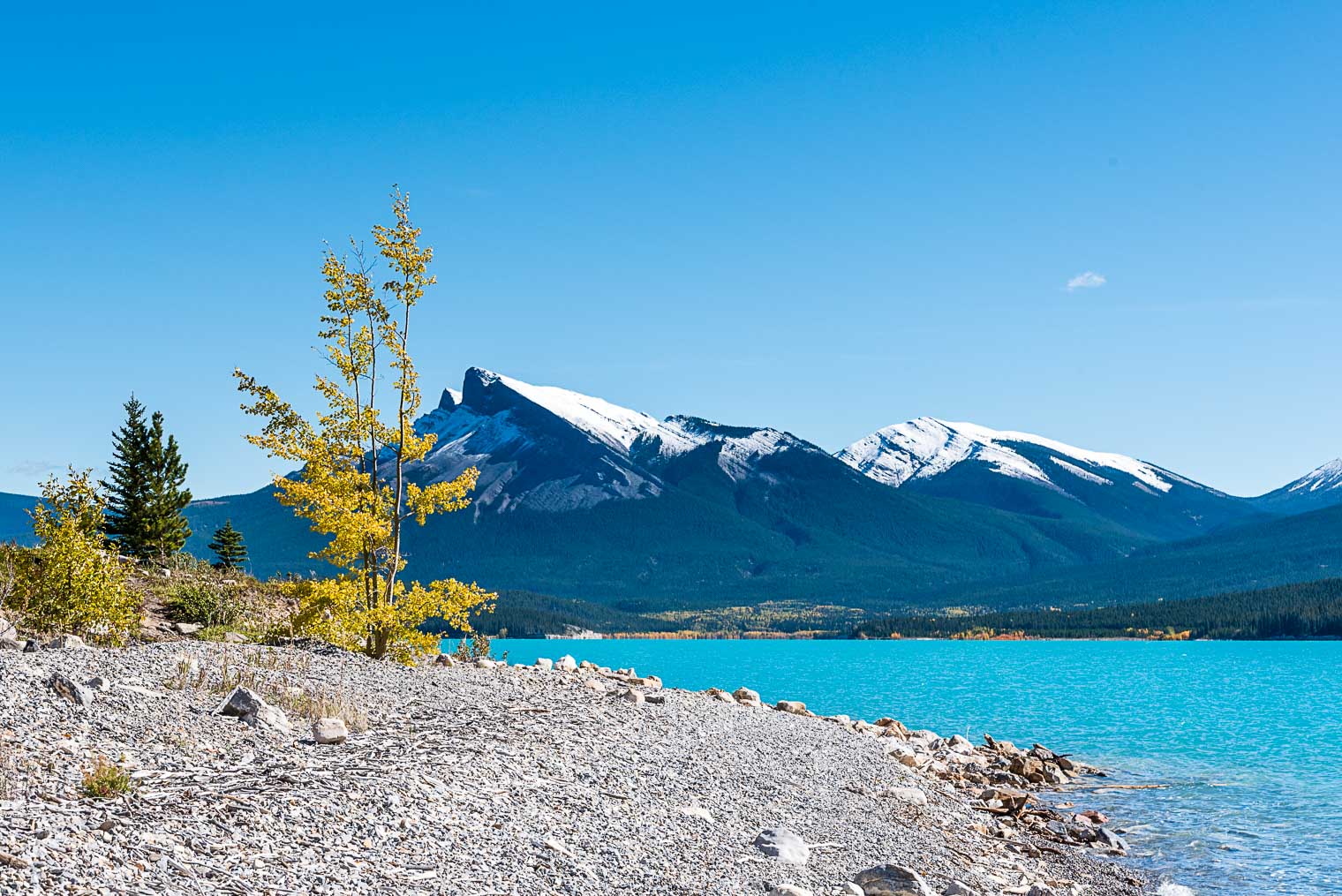 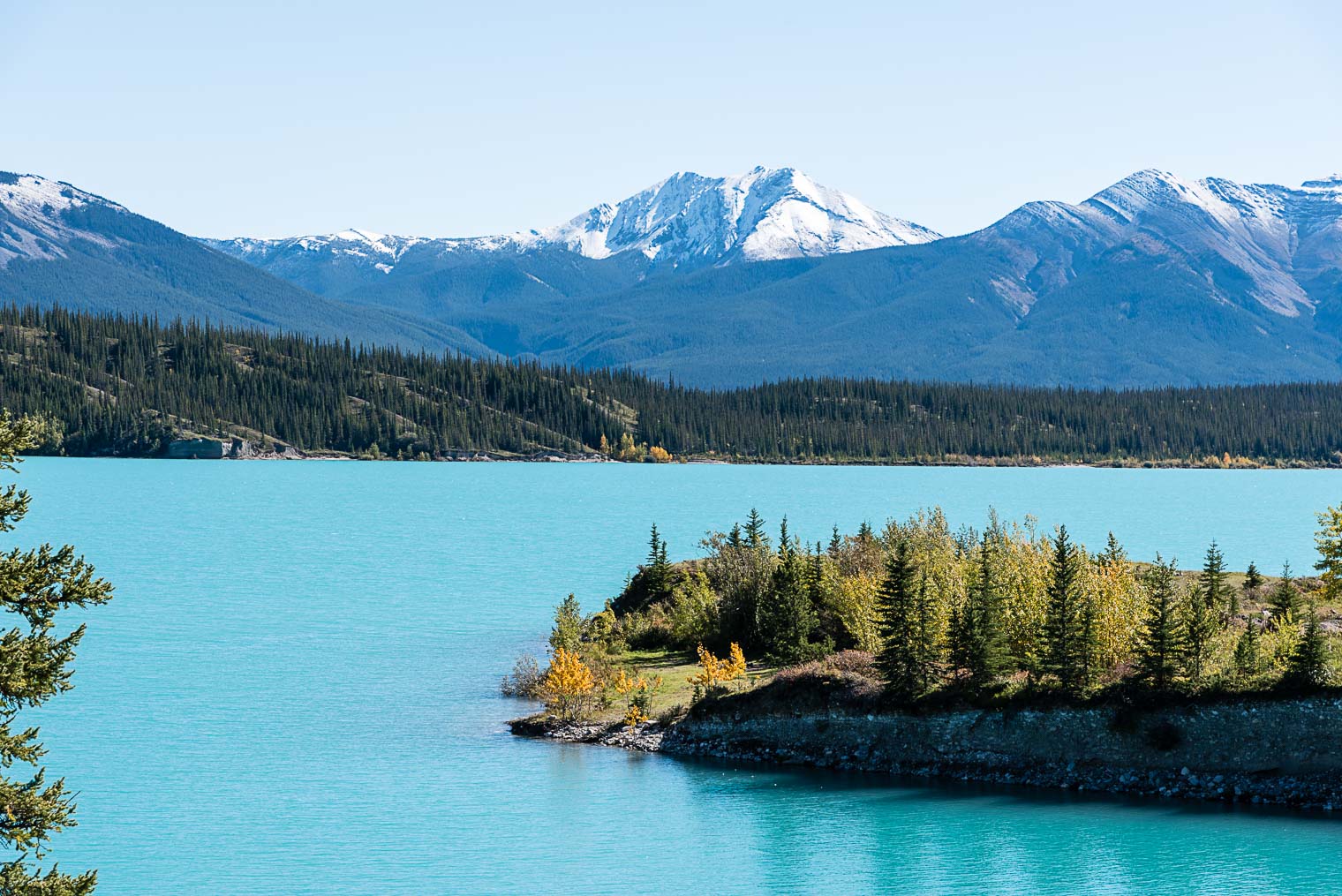 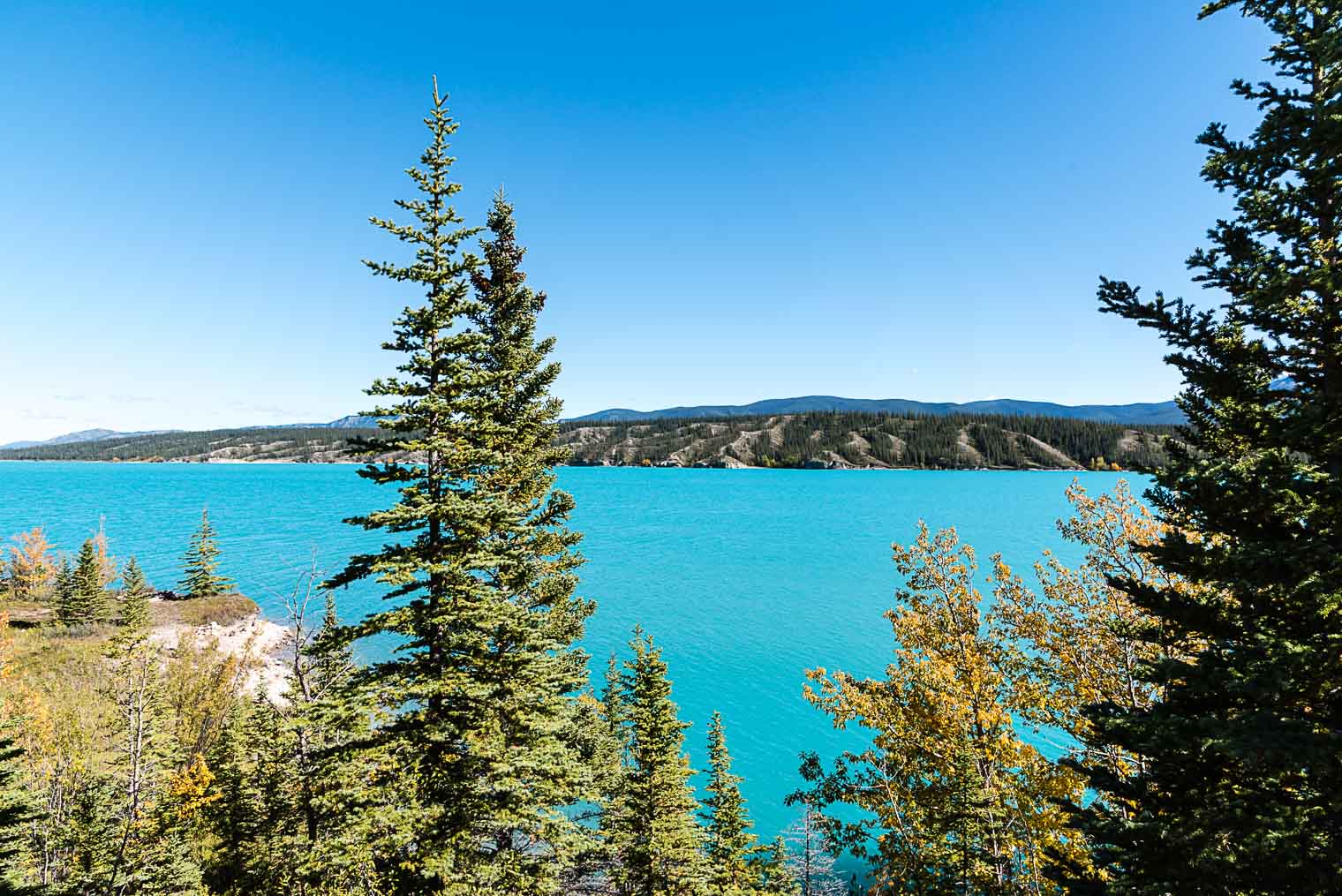 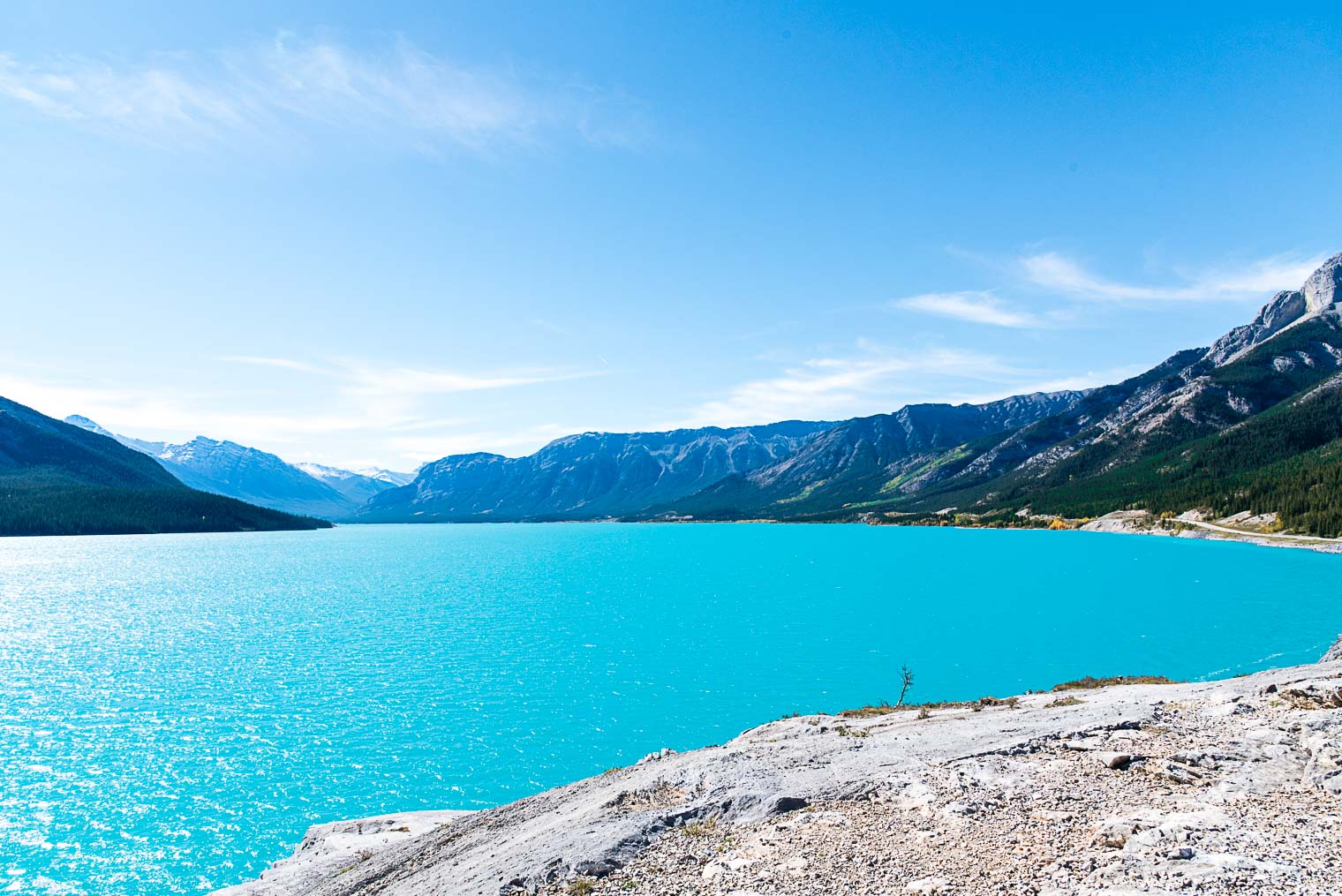 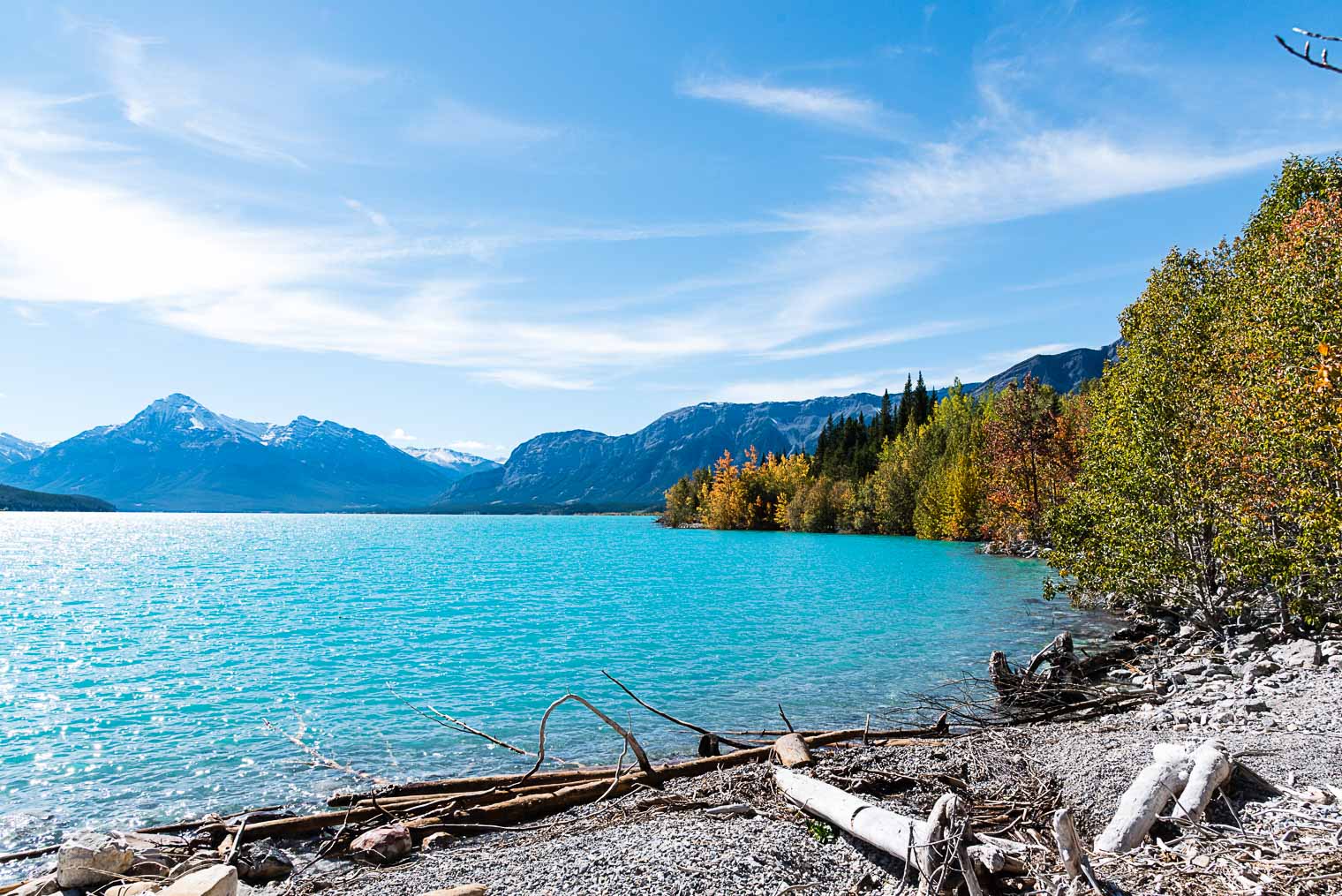 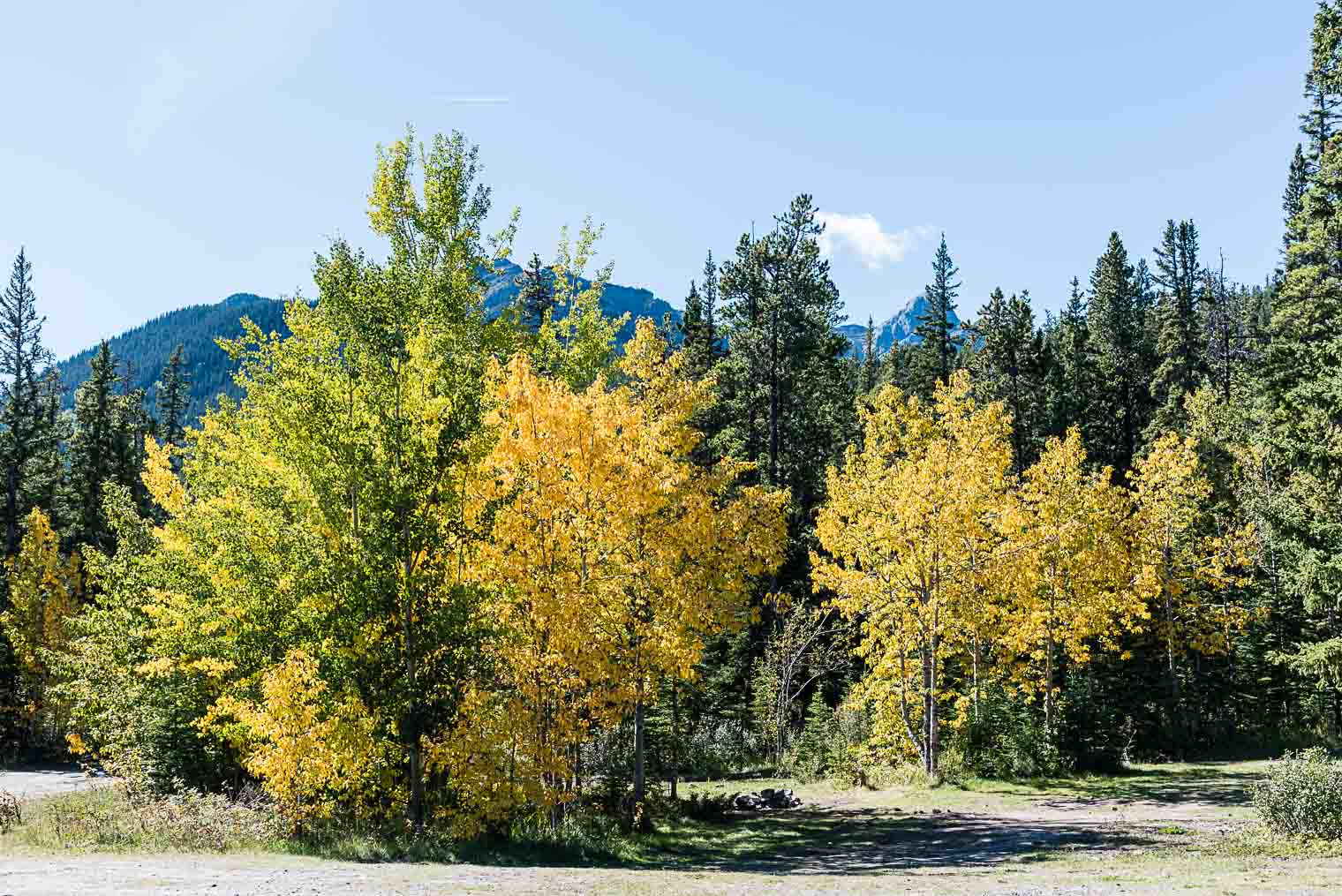 I discovered Abraham Lake is also a winter destination for ice bubbles formed due to trapped methane gas. Way cool. I now have another one for the bucket list, people!! Do you not just love it when you have to add something to your bucket list!

After a couple of hours spent exploring and taking photos we headed down the highway, only to be lured off the beaten track once again. This time to explore the Bighorn Dam area on the North Saskatchewan river.

When TransAlta built the Bighorn Hydro Plant, it created Lake Abraham — Alberta’s largest man-made lake. The plant is one of two TransAlta hydro plants on the North Saskatchewan River System in Alberta.

In addition to TransAlta’s hydro plant, Bighorn is a name given to a lake, river, creek, canyon and mountain range in western Alberta because of the abundance of Bighorn sheep.

TransAlta’s hydroelectric plants primarily provide electricity during periods of peak electrical demand and ensure system stability. Their operating flexibility means they can start quickly to introduce hydro power within minutes, balancing out shortages due to unexpected outages, or providing power at times of high demand. (Transalta) 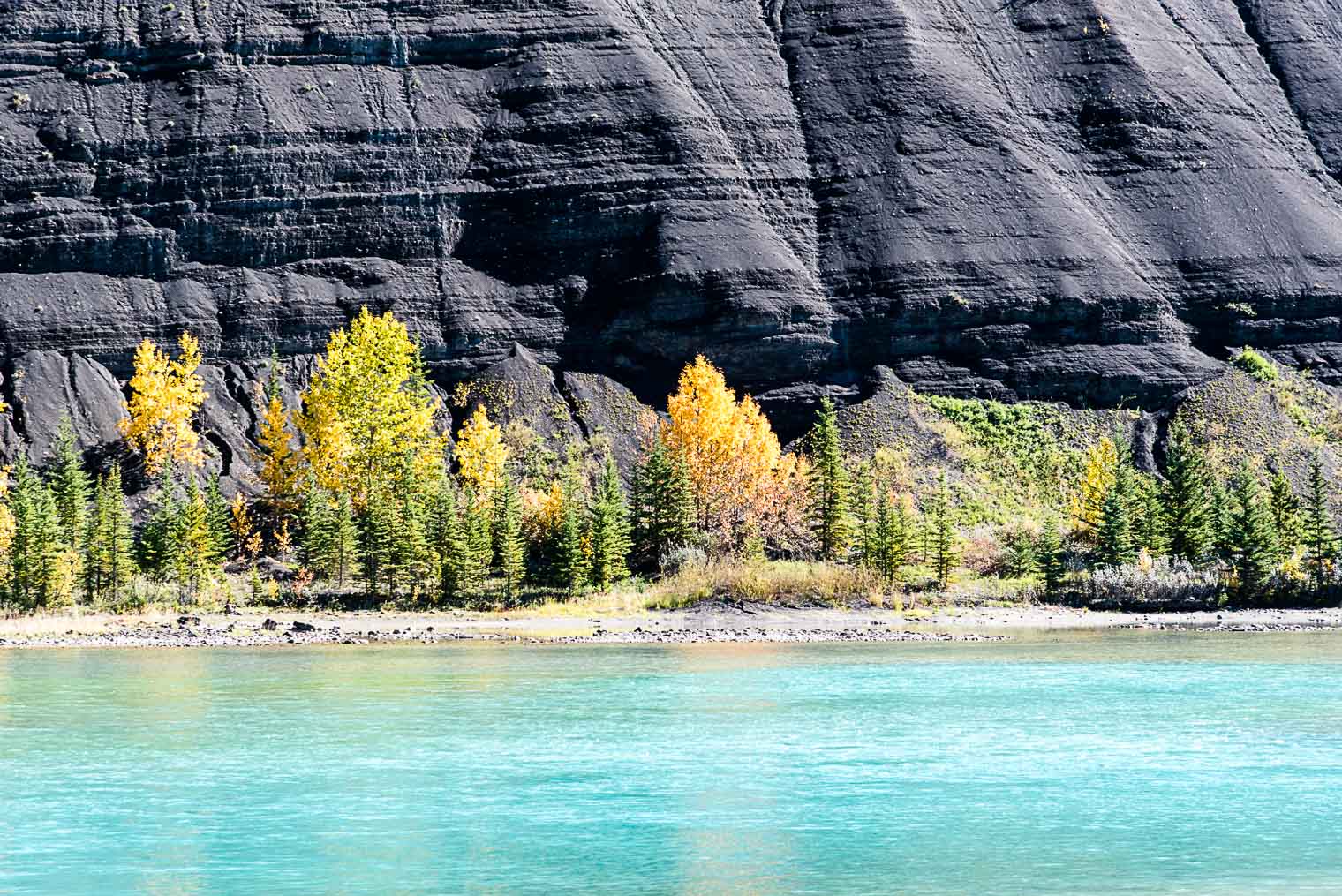 I have no photos of the actual dam since it required a bit of a hike to get to it, and we were running out of time … but oh my, swooning once again here … 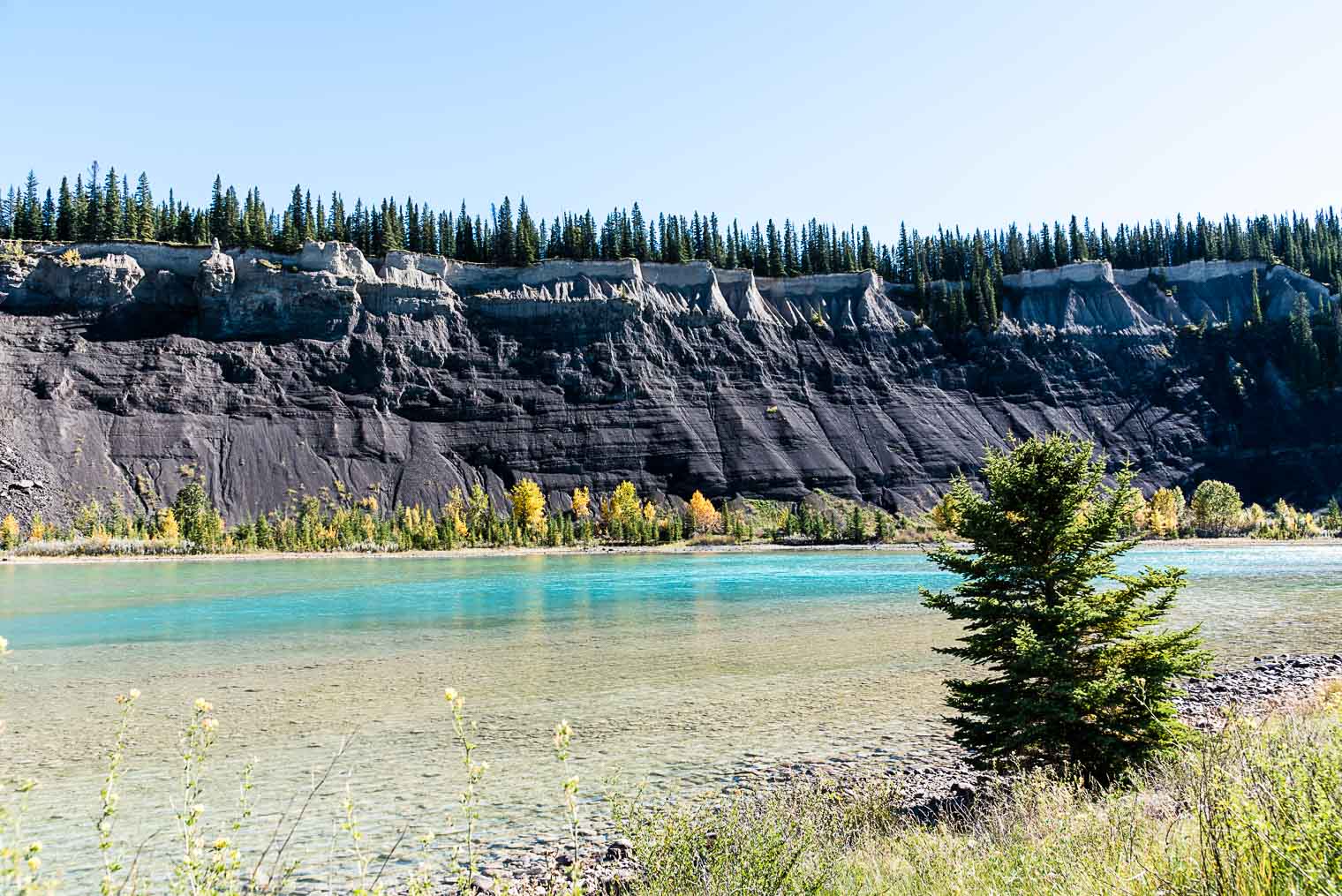 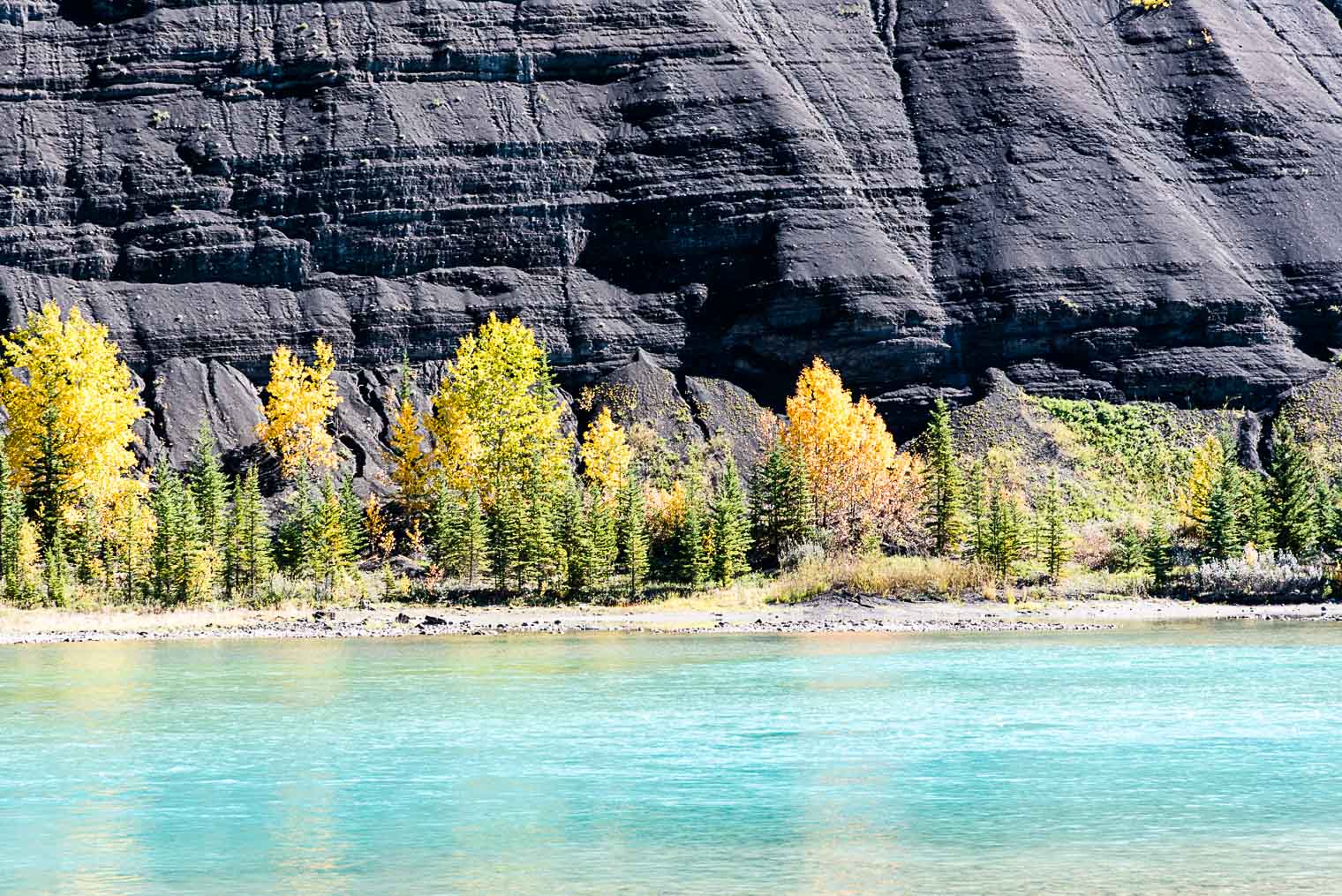 So there you have it … a veritable photo dump!

It was a spectacular day which ended with supper at Boston Pizza in Rocky Mountain House, and finally home to Red Deer.